Ghana On the Road To Purgatory 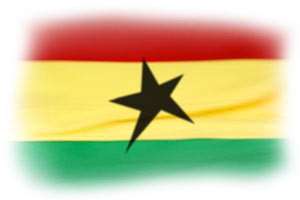 The labyrinthine subterfuges designed to rape Ghana's economy until there was nothing left in the national coffers may have gone undetected for a few years, but not any longer. When Dr. John Atta Mills lost his life tragically at the Osu Castle a few years ago – shockingly, the cause of the president's death has still not been disclosed – many welcomed the serendipitous elevation of John Mahama to the august office of head of state, believing, perhaps, that Mahama's ascension would compensate for the criminal and bloody removal of Dr. Hilla Limann, the only other person from the northern part of the country to have served as president of Ghana. The preceding hypothesis may explain why John Mahama was elected president in December 2012, after campaigning for only three months against an experienced, charismatic, been-there-done-that challenger, notwithstanding the brouhaha that surrounded the post-election lawsuit filed by Nana Akufo-Addo and the New Patriotic Party that took more than six months to resolve by the nation's highest court.

The overt corruption taking place in Ghana today is unprecedented in the annals of the nation, more so because Ghana has had the misfortune of being ruled by mobsters, gangsters, and Mafiosos parading as military officers. If anything, one would expect military dictatorships to perpetrate the worst atrocities and engage in the vilest practices against their own citizens, but what is happening in Ghana today makes the combined dictatorships of Kutu Acheampong, Fred Akuffo, and Jerry Rawlings look like child's play.

When I wrote an article several months ago condemning the garrulous and dogmatic attacks on Victoria Lakshmi Hammah by ostensibly chauvinistic nabobs, I did so believing that Ghana's – and Africa's – patriarchal and androcentric beliefs have remained at odds with the elevation of women in society, and I felt aggrieved that we were missing the chance to improve the statuses of women in Ghanaian society. Little did I know, at the time, that Victoria Hammah was not in government to serve the people; rather, the former deputy minister of communications had a singular goal: to amass as much wealth as possible, presumably on the backs of the suffering Ghanaian taxpayers, within the shortest space of time. It was a shocking fall from grace for a woman who seemed bent on making her mark as a devoted, conscientious civil servant. And Victoria Hammah is only the tip of the iceberg in an exceedingly corrupt John Mahama-led administration.

When Ghana's Black Stars went on a rampage in Brazil and threatened to walk away from a FIFA-scheduled match because their bonuses were still unpaid, it took the intervention of the president of the republic to calm frayed nerves, get the “obstinate” players to honor the match, and prevent what would have been the greatest embarrassment suffered by a nation-state in contemporary times. What most pundits forgot to ask, however, was why the players would display such recklessness, knowing very well that the entire nation – and the rest of the world – was watching.

Ghana became the laughing stock of the media in Brazil when President Mahama instructed someone to fly a large amount of cash to Brazil to prevent the players' boycott of the aforementioned soccer match. The myriad of reasons provided by the government for taking this ill-advised action only worsened the furor surrounding the whole saga. And I dare state here that rehashing those pathetic reasons serves no purpose at all. What John Mahama should have done – as soon as the team and the unpatriotic Ghanaian delegation returned to Ghana – was to dissolve the GFA, sack Kwesi Nyantakyi and his cronies, and then wait for the corrupt FIFA hierarchy to suspend the country from organized competitions. The last time I checked, no serious nation on God's Earth relied on soccer to feed its citizens. Unless Ghana's leaders are willing to take drastic measures to address the twin cancers of corruption and ineptness, mediocrity would remain our watchword.

As the claims and counterclaims surrounding the embarrassing performance in Brazil reached the local airwaves and inundated pro-Ghana(ian) Internet portals, it became clear that government officials' willingness to pay as much as $25.00 for a single coconut to scantily clad, hourglass-shaped Brazilian damsels at popular beach resorts may have angered many of the loyal players, reminding the latter of the popular Ghanaian refrain, “Monkey dey work, baboon dey chop.” Instead of investigating these corrupt government officials who traveled to Brazil for no other reason than to claim unmerited bonuses on the backs of hardworking Ghanaian taxpayers, senior government officials validated the expulsion of players who complained about team officials' excesses and profligacies!

When Ghana's Minister of Education, Professor Opoku-Agyeman, recently perorated that Ghana's educational system ranked among some of the best on the African continent, it became clear that the group of oddballs ruling the nation must have considered the majority of Ghanaians unlettered and uninformed. With the overwhelming majority of the nation's senior secondary school students barely able to communicate comprehensibly, we can only wonder how this minister of state drew her conclusions about the nation's “endearing” academic landscape.

If news filtering out of Ghana that the Commissioner of CHRAJ, Lauretta Vivian Lamptey, has over an eighteen-month span caused financial loss to the state in the amount of $148,000 is true, then I wonder if John Mahama is really in charge of the state of affairs. Ghana remains one of only a few nations with extremely lavish benefits for top government employees. Ghanaian ministers of state must find their own places to live – and pay the rents out of pocket. In a country where government cannot provide its citizens with uninterrupted electricity, purportedly because it lacks the resources to do so, one can only wonder how these “apprentices” got the baton handed to them to steer the affairs of the nation.

What is happening in Ghana is no laughing matter, as the nation is teetering on the verge of irremediable economic and educational collapse. Ghana is in serious trouble, and I hope that those tasked with handling the nation's affairs would wake up from their collective slumber, gird their loins, and begin on a path that would restore hope to the nation. I truly hope that John Mahama would wake up, make difficult and necessary policy changes, restructure his administration, dismiss incompetent officials, rein in party aficionados, and take charge of the nation like the leader that he is supposed to be. Wake up, John Mahama, before it is too late.

Daniel K. Pryce, Ph.D., is a criminologist by profession. He holds a master's degree in Public Administration and a doctorate in Criminology, Law & Society from George Mason University. He may be followed on Twitter: @DanielKPryce. He invites the reader to join the pressure group “Good Governance in Ghana” on Facebook.com. “Good Governance in Ghana” is a group that emphasizes the preservation of democracy, justice, equity, and law and order in Ghana; its 350-plus members are all permitted to start discussions that promote the national interest.