Sell Out Nigeria With Promise Of Better Lives In New Countries 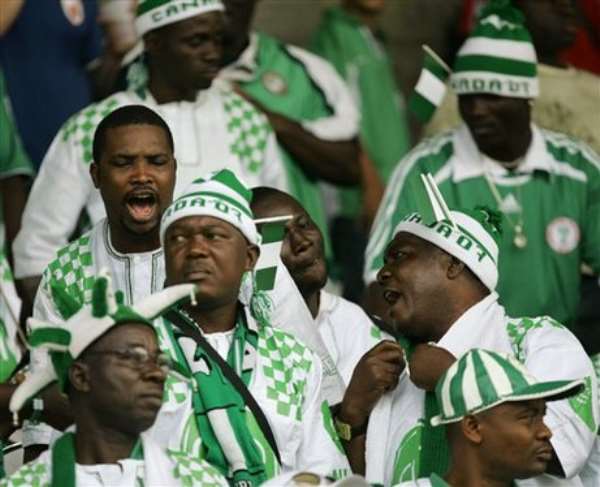 Are you ready to fight to death for a better life in a new country under these same leaders? If you are willing to risk it all on your leaders' promises, there is a toll bridge in Lekki, Lokoja you may prefer to buy, dividend saved in foreign banks. You can spend most of your returns outside Nigeria. But the bridge is only passable during the dry season, tolled by militias in cooperation with our leaders. You may find out that, when it comes to looting, they are all for One Nigeria.

We are all frustrated, no doubt. Anyone asking for the unity of Nigeria while we are killing one another must be one of those sharing income from Niger Delta oil before it runs out. It is better for each of us to go our own ways than to stay together and kill one another off. If we continue to kill at this rate, there will be nobody left to share any income. We all understand that much.

However, there is a very high probability that nobody knows what is going to happen to these separated countries out of Nigeria. People with like minds, outlook and religion may condense into one to become the most efficient country in the world. Become richer than Switzerland, Sweden or Belgium. Some of the countries are made up of Dutch, English, French and German. Yet they get along better than their majority in bigger countries. Some Nigerians may do alike.

What these countries do not have are daring politicians that are unaccountable to their people, steal with impunity, send the money to develop other countries by paying taxes on humongous homes, luxury cars and exorbitant private schools. In short these countries build comfort at home for themselves and their common folks. Anyone that thinks Nigerian leaders, no matter which part of the country they come from will do that in a new country is another day dreamer.

Many people in different countries are wicked to their own, but we have never seen anyone or Jews act like Africans that have gone through so much agony in the last century. The poorest depravity amongst Nigerians are scattered around areas where the most billionaires are in the North and the Niger Delta. It is even worse in Niger Delta because of the environmental disaster that all the money made from oil cannot cure. We were more civilized and better off before oil.

You would expect that these are the areas where these billionaires would spend most of stolen money and use their brains to provide a break, some succor and businesses to the hard working people trying to make it on their own. Unfortunately the only people these billionaires cater to are blackmailers, thugs, militias and religious fanatics. Since everyone understands that is how to get money out of Nigeria, even World Cup footballers in Brazil demanded theirs or no play.

Solution: Rise up, punish greed and selfishness as righteous example to the new generation and reward hard work, discourage frivolous awards to criminal gangs, especially those endangering our safety and security. The same way we blame ethnicity for everything as if but for different race, peace would reign. Somali came from one ethnic group and one religion; it did not solve their civil war. Just as we blame the lack of education as if educated people do not steal.

Until we develop unique ways of learning that will enable our new generation to diligently and honestly prioritize discoveries that improve the lives of common man, countries we keep on comparing Nigeria with as model for break-up will continue to exploit and their gains elude us.

The role of education must be put in perspective. It is crucial for the pursuit of information in general. The more you read the better informed you are. In the western countries for example it has been constantly demonstrated that low information voters are easily persuaded against their own interest by those waiting to exploit their ignorance. The fact remains that politicians using them are highly educated and exploit the system for their own pockets.

We must wonder who in their right minds would expect these vagabonds from anywhere in a country so corrupt, to expect different results from same politicians apart from war mongers. They are the people working up the polity that the reason they cannot perform and develop their areas is because too much money is going to the rest of Nigerians. Even when this is true, it does not prevent hardened kleptomaniacs from developing their areas with their allocations.

Remember that this is now a country when pensioners are owed monthly pay for two or more years and if one year arrears are paid, the press is called to celebrate the good work of the governors. The impunity is openly displayed in their budgets, cost of roads and bridges. In Lagos State for example, they spend more than $2 million per kilometer of road or bridge. That is over N3b naira; easily the most expensive in the world. Oh, we want Lagos State as our Country!

Actually, a critical review of corrupt countries will show that it has to do with people in charge of the system, no matter what it is or where it is. What Nigerian politician have in common are greed, selfishness and the ability to get away with murder because they have fooled the poor folks for too long that it has to do with their ethnicity and not their hedonic weakness.

The amount of money exported out to foreign banks, to buy properties and toys overwhelms the amount of foreign investment brought to Africa. It also dwarf the amount of money sent in by Diaspora Africans into individual countries. So when they agitate for a new country, we must ask them where that country will be situated, where they export their money; and if odious foreign loans from all sources will be paid back by the children of new countries or the old one.

Charity begins at home, so one would expect these politicians to exhibit the responsibilities and the programs they would implement in their new countries. Show the common folks how these leaders would lead us into new countries without corruption, 'no cheating and no sorrow'. Those displaying padded bogus budgets with pride used us before, and will use us again.

More Feature Article
Modern Ghana Links
The Sprouting Of Naysayers Against Covid-19 Vaccines
The 3 Mysteries Of Time And Chance
Nana Addo’s Position On LGBTQI In Ghana: A Mere Political Rhetoric Or A Serious National Stance?
The Covid 19 experience of a paradeless Independence Day celebration: A significant step towards value for money.
What At All Can Move Ghanaian Officials To Meaningful Action?
Why Scandalising the Supreme Court in the name of Partisan Politics?
Schools and Mass Anxiety Hysteria in Central Nigeria
Will President Nana Akufo-Addo Lick back his own Sputum a Second Time on the Appointment of DCE for Kumawu Sekyere District?
Haruna Iddrisu Has Not Seen a Lot of Things, Trust Me
Quote Reports Dossiers
TOP STORIES