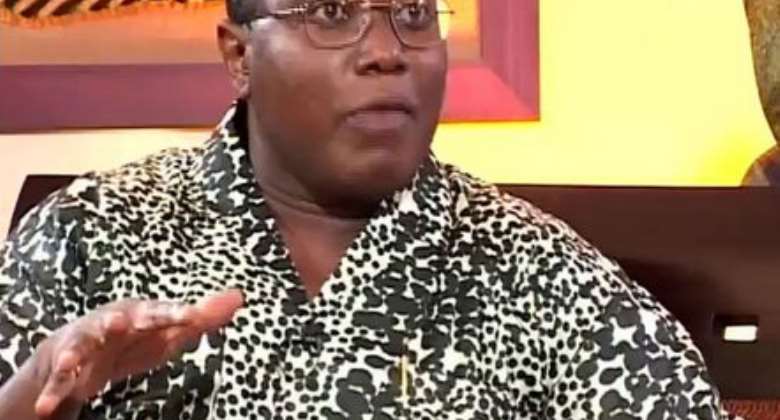 Rooting for the President of the nation to fail is honestly ridiculous. In the wake of the economic turmoil, all of a sudden, there emerged some web economists detailing, chronicling and proffering ideas to salvage our economy, which is obviously in a state of repair. Do we really need someone from the moon or some extra-terrestrial human to inform us on the state of the economy as a result of decades of corruption, embezzlement and malfeasance? I'm not an economist, but reminiscing my “O” level economic books entitled “Economics Without Tears “ and “The Principles of Combined and Applied Economics” suffice to gather practical ideas and solutions on this nagging economic woes of ours.

Dr. Nii Moi Thompson could not have diagnosed better, by analogy, than what he said about the economy: “it was only a matter of time… the malfeasance in the currency markets were like a tumor that just kept growing. We had to remove it or be consumed by it. And like any surgery, it has been painful somehow, but after the pain comes the recovery, and then good health. The process itself may not be perfect, but we have to keep our eye on the ball.”

He then continued: “…that the malfeasance did not cause the crisis, but aggravated it... the crisis was partly the result of external factors, such as the collapse in the price of cocoa, as well as inappropriate development policies “over the decades””. (See Ghana news, 20th February, 2014, http://www.ghanaweb.com/GhanaHomePage/NewsArchive/artikel.php?ID=301321).

This diagnosis is eye popping and will lay to rest the finger pointing accusations of dishonest and inappropriate impartial bantering of blame game acts that has so consumed our national political psyche without shame and or guilt.

The diagnosis from Dr Nii Moi Thompson is very informed and practical for the average Ghanaian to understand as compared to these pocket economists all over Ghanaweb, who, out of the blue, the harder they come with their theoretics. Did they not realize that the economy was bad all these running years until now?

Hey! Ghana will be 57 years old come the 6th of March and yet it is totally mind boggling when she is compared to her sisters like Malaysia, Singapore, and South Korea with regards to their solid emergent economies, commonly referred to as the “Asian Tigers.”

It is even disgusting to read about nation wreckers who would coalesce under various phony groups and demand for International bodies to stop supporting the government with financial aid. Reason? They allegedly believe that the government does not properly utilize the loans and grants they have received from these institutions. Interesting and funny, huh?

Kwesi Pratt is practically honest and objective as always to call a spade a spade and you will think that when he descends on some sycophants he does not have the facts to back his claims? For instance, Kwesi Pratt would question a phony group like this about the former Finance Minister Osafo Marfo mechanics about loans from IFC and CNTCI relating to Hair dressing saloons which never came through, anyway. Again, Kwesi will not hesitate to expose this attitude of holier than thou hypocrites and sycophants. (See Ghana News, 14th July, 2013).

Now, granted that the economy comes to a standstill as these phony groups of prophets are rooting for, what happens next? At that point in time, we, the people, suffer. Common sense dictates that.

Thank God, at the extreme opposite end of these hard lined nation wreckers is a patriot by name Dr. Nii Moi Thompson who has demonstrated time and again that it must always be country first in dire situations such as this. I cannot stress enough this singular show of patriotism. What Dr Nii Moi Thompson did is very heartwarming, God bless his soul and indeed he is a good example of how personal and/or partisan interests are put aside for the sake of the nation's interest. By all indications, his support is very genuine and we hope the expertise and competence he brings on board will bear on the economic team to craft a long term solution to several decades of mess.

It is the fervent hope of this author that we all take a cue from Dr Nii Moi's unparalleled example. As Dr Nii Moi Thompson said, “People like me unavoidably find ourselves wearing two hats – that of a technocrat and that of a party person. Where do you draw the line in making career decisions? Is it okay for me to make my skills and knowledge available to foreign governments, but not to my own because my party is not in government? (News, 20th February, 2014).

I honestly hope this bipartisan approach brings out more patriots. I mean genuine experts who have the nation at heart to help. Good decisions translate to good politics. I hope we see beyond party colors during national crisis. As Dr Nii Moi said, “You join a party out of some conviction, not as a vocation. I cannot belong to a party professionally. As an economist, I need professional satisfaction somehow, even if that means working for less money. And that's what I did. It was a choice between the UN and Ghana, so why should I be crucified for that? Aren't we always asking Ghanaians abroad to come home and help build Ghana,” he queried. (See Ghana News, 20th February, 2014)

Lastly his message is clear to us all: Accept and be happy to serve your country!