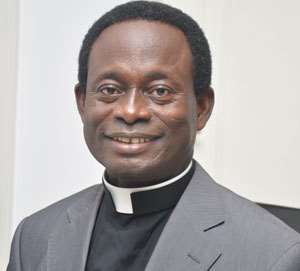 'But while men slept – they ought to have watched: the lord of the field sleepeth not. his enemy came and sowed darnel – this is very like wheat, and commonly grows among wheat rather than among other grain: but tares or vetches are of the pulse kind, and bear no resemblance to wheat.' wesley's Notes for Matthew 13:25

The Ghana Pentecostal and Charismatic Council (GPCC) issued a communiquÃ© a few weeks ago calling for the formation of self-regulatory bodies to check the activities of independent pastors and churches in the country.

The communiquÃ© signed by Apostle Dr Opoku Onyinah and Samuel Antwi, the Council's Chairman and General Secretary respectively, specifically called on government and other religious bodies to spearhead the formation of the regulatory bodies.

They noted that some charlatans (independent pastors) were denting the Christian practice with their exploitative church programmes which are often beamed on television stations.

The situation was said to be making Ghanaians disillusioned (dissatisfied, disappointed) with Christianity and religion.

The real problem at hand is that some pastors who are branded charlatans are destroying Christianity with their programmes.

And the recommended solution is to form self-regulatory bodies to check them.

Government and religious bodies are being sought to facilitate the formation of the regulatory bodies.

Indirectly, the government that is composed of several antichrist elements is being called upon to assist in keeping watch over the church of God. This is fascinating!

Is governmental intervention the only best approach to managing the church of Christ in matters like these? Could not the GPCC have prayed to God, the owner of the church, who is all knowing, eternal, the only wise God, for His will to prevail?

Cedi, could not the pastors concerned with the activities of the impostors in the church, come together and petition God about it?

A critical analysis of the activities of both the supposed charlatans and GPCC, in relation to historical antecedents, attests to the fact that today's church is sick.

If charlatans are succeeding in corrupting the church in Ghana, then it means the true pastors are failing to preach the true Gospel to counteract

their false practices. It means the true pastors are sleeping, thereby, giving the imposters and swindlers the leeway to flourish.

'But while men slept -
They ought to have watched: the Lord of the field sleepeth not. His enemy came and sowed darnel…' (Matt. 13: 25).

If the charlatans are succeeding in denting the church then it means the true ambassadors of Christ are not offering enough intercessory prayers to God for His will to be done concerning the situation.

The early biblical
Apostles who desired to shepherd and present unblemished believers to the Lord would not tolerate this nonsense of the so-called charlatans.

Paul, Peter and the other Apostles would not appeal to Herod, King Agrippa, Festus or the Roman authorities to help them form bodies to check the programmes of false prophets or teachers.

They had deeper relationship with the Lord; hence they knew the mind and heart of God.

They were filled with the knowledge of the will of God with all spiritual wisdom and understanding and had the boldness to preach to purge the church.

Of course, there were false ministers of the Gospel during their days.

Being aware of the phenomenon, the Apostles would muster courage to expose them and warn their churches to be wary of them.

not countenance the exploitative activities of most pastors today.

Where are the Spirit filled soldiers of Christ in the country?

Both the branded charlatans and most of the so-called true preachers are failing Christ as they are obviously functioning in the imperfect will of God.

Ghana does not need men of God who are fashion- crazy, publicity-mad, property-grabbing and sandcastle builders, but men and women who are possessed with the Spirit of God to do His will - soul-winning.

'We need men so possessed by the Spirit of God that God can think His thoughts through our minds, that He can plan His will through our actions, that He can direct His strategy of world evangelization through the church.' Alan Red-path.