NHIS MUST DO MORE AFTER SLY MENSAH’S GOOD & VALUABLE BOOK 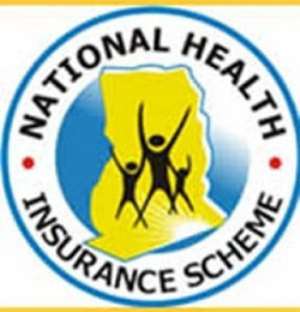 Mr. Sylvester Mensah the boss of the National Health Insurance Authority(NHIA) has done what is required of politicians and office holders especially those who occupy or have occupied sensitive positions in Ghana.

He has launched a 153 book that recounts his life, love, escapades and as a politician scholar and a family man. The book published by 'AuthorHouse' had its forward written by Professor Kwamena Ahwoi with Professor Esi Suderland Addy who reviewed the book at the launch.

High level personalities from the political divide, businessmen, and media men attended the function where huge amounts of money were doled out to purchase copies of the book, a large chunk of which the author promised to donate to the National Democratic Congress (NDC) and to charity. Mr. Kwesi Pratt Jnr and Mr. Kweku Baako Jnr both editors paid glowing compliments to Mr. Mensah for daring to write his memoir as a guide to this and coming generations.

Since I have not read the book, I am not in a position to review it but in relying on the views of those who have read it, I wish to 'pat Mr. Mensah on the back'. However I wish to put him on the spot by repeating the queries being made by many Ghanaians regarding challenges being faced by the National Health Insurance Scheme. We all support his effort in writing a book about his life. However that cannot take anything away from questions being asked about the one time premium payment plan promised Ghanaians. The last time officials of the NHIS were questioned about it they contended that it is still feasible. However after experts had done some work on it we don't know when exactly the scheme is due to be implemented for the benefit of Ghanaians. We need to be told whether or not it could be implemented.

While grappling with that thorny issue of the onetime premium payment promised subscribers of the scheme, service providers and subscribers to the NHIS scheme in the Ashanti Region are up in arms against the capitation plan being experimented in the Ashanti region alone.

Health care providers in Ashanti are demanding the immediate suspension of the health insurance capitation after the scheme had been piloted in the region for two years.

The mission, private and government hospitals, said the insurance payment system was paralyzing their operations and the quality of care.

Dr. Kwasi Awudzi-Yeboah, Kumasi Metropolitan Health Director, labeled the capitation as neither beneficial to the facilities nor the patients.

He said until it was ready for a nationwide roll-out, its implementation in Ashanti should cease.

He expressed discomfort with the situation where under the Ghana Diagnostic Related Groupings (GDRG), rates paid to service providers in the other regions, were much higher than that fixed for the capitation.

Dr Awudzi-Yeboah said whilst their counterparts in the nine other regions received over GH¢7.00 for services, they were getting a paltry GH¢1.30 per patient a month.

Again, more patients were using the facilities than projected by government, resulting in huge losses and affecting the quality of services.

THE FORMER President, John Agyekum Kufuor, who added his voice to concerns by some residents in the Ashanti Region over the implementation of the Capitation Program, described the policy as discriminatory against residents in the region.

Mr. Kufuor says he finds it extremely difficult to understand why the government and for that matter the NHIA insists on implementing the policy, despite consistent cries from both service providers and residents in the region.

The former President was particularly worried that a policy which is supposed to be a pilot one, should last for almost two years without a review, a situation he noted, smacks off discrimination.

Speaking on KESSBEN FM in Kumasi on Monday, the former President, whose government introduced the novelty policy to ensure the delivery of quality healthcare to Ghanaians, said the idea of the scheme was to afford each and every citizen the opportunity to access quality and affordable health services.

He was, therefore, surprised that such a laudable policy was being toyed with by the current administration thereby endangering the lives of many Ghanaians.

Mr. Kufuor said it was about time the government and the NHIA listened to the many distressed voices of residents in the region and urgently review the policy since it was not in the interest of the good health of many Ghanaians.

“Why should you keep on implementing a policy when the people who are supposed to benefit are crying and calling for its abrogation,” he questioned. The decision by the authority to implement the pilot program in the region two years ago was met with stiffer opposition from health providers and civil society groups who fought unsuccessfully to get the NHIA to rescind the decision.

Recent fall in the number of patronage of the scheme in the region has largely been blamed on the capitation policy, with some subscribers claiming that they do not receive the best care anytime they attend hospital with their NHIS cards.

Some service providers also complain they have been running at a loss because the capitation grant per person is not enough to take care of patients. The capitation was introduced into the Ashanti Region in January 2012 as a pilot policy to streamline alleged excesses and abuse of the scheme by service providers.

Birth of Ghana's National Health Insurance Scheme
The idea for the National Health Insurance Scheme (NHIS) in Ghana was conceived by former president John Kufour who when seeking the mandate of the people in the 2000 elections, promised to abolish the cash and carry system of health delivery.[2] Under the cash and carry system, the health need of an individual was only attended to after initial payment for the service was made.[3] Even in cases when patients had been brought into the hospital on emergencies it was required that money was paid at every point of service delivery. Upon becoming president, former president Kufour pushed through his idea of getting rid of “cash and carry” and replacing it with an equitable insurance scheme that ensured that treatment was provided first before payment for Ghanaian citizens. In 2003, the scheme was passed into law. Under the law, there was the establishment of Ghana National Health Insurance Authority which licenses, monitors and regulates the operation of health insurance schemes in Ghana. Like many countries in the world, Ghana's health insurance was fashioned out to meet specific needs of Ghanaian citizens.

NHIS policy
The health insurance was set up to allow Ghanaian citizens to make contributions into a fund so that in the event of illness Ghanaian contributors could be supported by the fund to receive affordable health care. Under this policy, three types of health insurance schemes were set up. They were:

In order for the system to function well, the government decided to support the District Mutual Health Insurance Scheme concept to ensure that:

• Opportunity is provided for all Ghanaian citizens to have equal access to the functional structures of health insurance.

• Ghanaian citizens do not move from an unaffordable 'Cash and carry' regime to another unaffordable Health Insurance one.

• A sustainable Health Insurance option is made available to all Ghanaian citizens.

• The quality of health care provision is not compromised under Health Insurance.

The current government of National Democratic Congress deserves commendation for continuing the NHIS scheme by not following the existing programs but improving on it by adding more diseases to those treated under the scheme. While doing all the scheme administrators are engage in efforts to improve on the scheme nothing should be done to discriminate against other subscribers in some regions for no just cause

Mozambican President to address Ghana's Parliament May 25
48 minutes ago