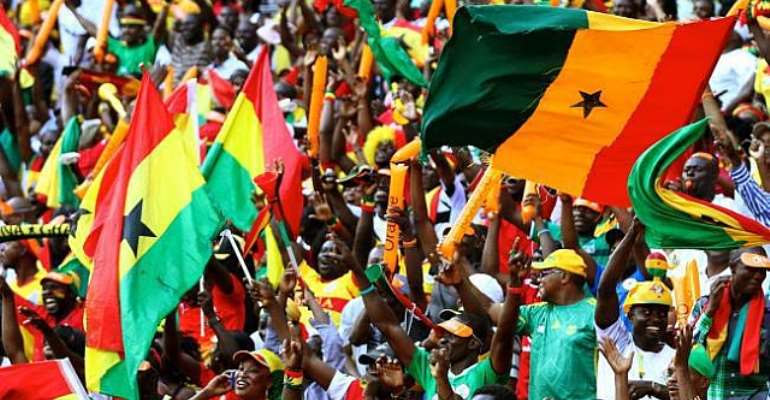 Citizenship is a subject which has to be a high priority for many Developing nations, but all too often it suffers on the back burner in a world of competing political priorities. That is surprising when you consider that citizenship and politics share one great ideal, summed up best by Sir Winston Churchill's splendid rhetorical question, 'what is the use in living unless you can leave the world a better place for those who come after?' It took another politician to sum up the difficulty of that impressive task. Edmund Burke in one of his write ups pointed out that 'those who carry out great public works must be proofed against the most fatiguing delays, the most shocking insults, the most mortifying disappointments, but, above all, the presumptuous judgement of the ignorant upon their designs.'

Even until today, Citizenship has not been seriously entrenched in Ghana's political agenda, and it has won the heart of national journalistic agenda either.

Ghanaian Politicians want all of us to be good citizens, and yet collectively, over the years, they have put minimal effort into ingraining in us and at all levels, a total concept of the responsibilities that are hallmark of good citizenship. Many people are dedicating themselves in their small ways, helping their country and communities in all kinds of different ways, but there seems to be an unspoken view from the political end that virtue will spread of its own accord, that good examples of citizenship will inspire others, and that there is no need to give the concept of citizenship the permanent national platform it needs and to push it into every sector of the country particularly to those whose background in facts encourage them to destroy instead of to build and help.

Ghanaian Politicians must encourage the world of good citizenship open to everyone, and must make a particular effort to reach out and embrace the most disaffected and disadvantaged ones. The youth are not getting jobs, they are right at the very bottom of the unemployment half-baked educated youngsters already on the edge of crime and drugs.

The youth, by definition, are the most difficult to reach, recruit and change into useful members of society, but, if we do not take the time and expense to turn them around, we are actively breeding and encouraging the criminals and vandals of tomorrow, if the situation goes unchecked the state will have nothing to show to its future generation, but rather bequeathing to one generation after another permanent legacy of damage and destruction.

In drawing my conclusion from a recent collection of researches by the Institute for Citizenship Studies, an important part of countering disaffection and contempt is to reconnect citizens and society. There are many references in the research to the importance of active involvement in voluntary organistaions and societies. The research draws attention to the importance of civil society, a network of voluntary organisations and interests which stands between us as individuals and the framework of the country. These organisations are what root us in wider society, and the evidence tells us that an active civil society is key to building the trust which needs to exist between the governed and those whose govern. Democracy represents a continuing relationship, and is something much deeper than the occasional visit to the ballot box.

It brings to the fore the immediate challenges confronting us as a country, more especially to the current generation of young people. So Patriotic citizens, let us come together and visualise on something that will give meaning to citizenship at the highest level. Let us suggest a thorough and more pragmatic examples of community involvement in other countries.

Norway, for example, all school parents get together once a year to spend an entire day painting the classrooms in the schools their children attend. The day finishes with a big barbecue in the playground, also provided by the parents.

What a great idea. So why Politicians in Ghana cannot think up a whole host of projects that point out this sense of community of responsibilities shared and save the country some amount of money.

Also, in parts of Holland, some of the unemployed in return for their social security allowances are sent out on neighbourhood watch patrols, helping to police the streets and making them safer for the entire community.

It does not only serve as a useful social function, it also cuts through the stigma of unemployment to make them feel they are contributing in an important and much appreciated way of the well-being of their community. Much therefore depend on us as a country to underscore those examples of attempted solutions and good practice to get our young people out of the street.