U.S Embassy Security Alert: This Is How Ghanaians Show Envy 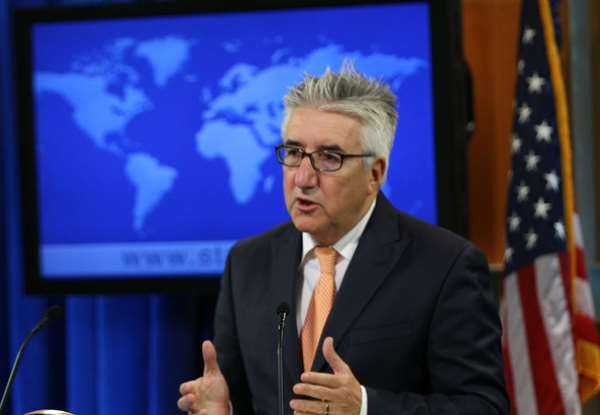 I'm not surprised at the reaction of some Ghanaians to the security message sent by the United States of America Embassy in Ghana to its citizens living here. We are a pretentious lot and nothing grates our collective nerves more than a stranger telling us the ugly truth. Besides we are not used to a government showing such care for a few of its citizens.

I know I am going to upset many by saying this, but all the bashing resulting from that security message comes from a place of envy and not national pride as many are screaming.

For those who missed the news, many Ghanaians are upset with the folks at the US Embassy for warning their citizens about the possibility of 'isolated violence' after the declaration of the Supreme Court verdict on the election petition. They did not only do alert them about a possible violence but also asked them to stay away from places like the Supreme Court, party offices and public institutions related to the case.

Immediately the message became public on Monday, Ghanaians took to the social networking sites to vent. Those angry are not just enraged about the audacity of Ambassador suggesting the possibility of violence after the ruling; they also believe the United States could be plotting the violence to take over Ghana's new oil wealth.

The conspiracy theory posts have had me in stitches since Monday night. It is not naïve to be suspicious of anything the United States says considering its record - it has staged wars, coups, and removed governments and anything or anyone that stands in its path to world domination. America's role in the Guatemalan civil war, their invasion of Panama and the trouble they caused in Africa in the sixties shows Ghanaians can't the US trust wholly.

But I am still struggling to understand how warning their citizens about the potential violence could be part of a ploy to cause instability when all we have done in the past few weeks is pray, march and call for peace. Since the hearing of the election petition ended, there have been campaigns, T.V and radio adverts of notable Ghanaians appealing for peace after the ruling. Two weeks ago, the security agencies marched around the country to show their readiness for any possible violence.

Which makes me wonder why some believe the US Embassy has ulterior motives? They own a greater chunk of the so-called oil wealth already and they know they don't have to cause instability since Ghana government gives foreign companies contracts on silver platter with tax exemptions.

And if we are honest, we'd admit we know the Americans have no plans of fomenting trouble but we just hate that they've expressed our fears aloud. Also, we resent that superior attitude of their government in showing that it cares for its citizens no matter where they are. I believe behind the conspiracy theories, the angry Ghanaians wish they had a government like the Americans do, a government that works in the interest of its people even if it means offending others in doing so.