KILLING THE CAT OR BURNING THE MARKET- DR. KWABENA ADJEI ON MY MIND! 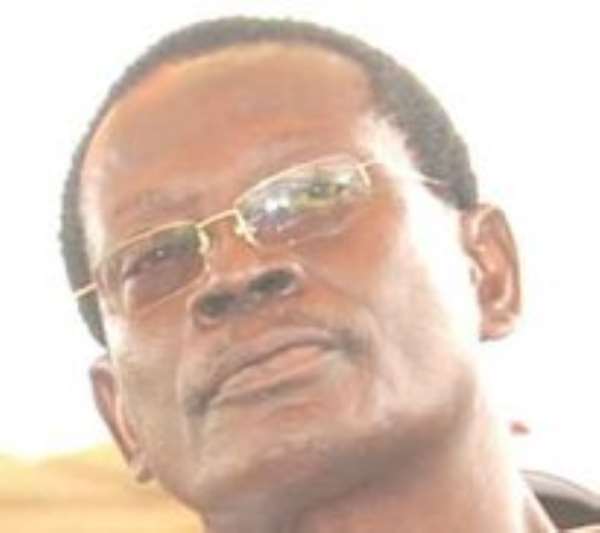 I get amazed by the sort of leaders we have in this country, whiles I admit some have been able to rise to the occasion and established their relevance in the discourse and made profound contribution to nation building, others have chosen to do otherwise, by becoming rotten apples in the basket.

It is true that in recent times our market squares have become a haven for fire outbreaks which has visited loss of huge investments unto its victims, which indeed, has become a major concern to us all. Many have given their own perspective as to the causes of those tragedy; be it improper electrical wiring, sabotage, arson, lack of access routes within the market, activities of 'chop-bar' operators within the market and the traders themselves. However, it does not lie within their remit to make definite conclusions on such matters.

Whiles the appropriate agencies are working around the clock to abate such scourge on our market women, others have arrogated to themselves 'fire experts' by playing to the gallery and absolutely distorting facts or engaging in political propaganda and mischief to suit their whims and caprices. One that got me really gob smacked was a comment made by Dr. Kwabena Adjei, the National Chairman of the National Democratic Congress (NDC) on Citi FM, a radio station based in Accra.

I am not surprise though, this is a supposed leader who notoriously attacked the credibility of our Judiciary by invoking his infamous 'there are so many ways of killing the cat' to register his displeasure towards certain rulings that did not sit down well with him and his people. - A threat that sent shivers to the spines of lovers and students of history.

He is quoted to have said, 'I don't want to believe the NPP people are responsible for this, but the coincidence is too much'. Really? Such a clandestine approach to rope in the entirety of the NPP as the masterminds of those regretful misfortunes is not only infantile but pedestrian, to say the least.

I shudder to ask, on what basis did Dr. Kwabena Adjei arrive at those mystical conclusions? And, if indeed, he was privy to certain information some of us were not, what barred him from making a formal complaint to the security agencies for justice to take its course? Or is it as usual, one of their face-saving exercise to bury their Olympian incompetence?

Such absolute irresponsible and insensitive commentary are seemingly becoming unbecoming of a leader who ought to have known better. These inflammatory comments are recipes for creating un-needed tension. The New Patriotic Party (NPP) and its sympathizers may also be forced to make a counter-claim, which in effect, will divert issues at the heart of the matter, thus, how together, we all kind find a lasting solution to this epidemic that has arisen in recent times.

In fact, I would have understood him, if he had passed that comment at a village 'chop-bar' enjoying some 'nkratie' or at a 'blue-kiosk' taking his usual 'ogoglo'.

Pending the outcome of the Supreme Petition at the Supreme Court of the land, the ruling National Democratic Congress (NDC) has a mandate to protect and enhance the standard of living of each and every one of us- Ghana is not a segregated country where we have an NDC Ghana or NPP Ghana- all are one in unison.

The current regime and its leadership must concentrate on working tirelessly to strengthen state institutions in a bid to ensure a safer Ghana, rather than busily cooking-up propaganda and mischief

against their political opponents. Dr. 'Kill the cat' tell your people to get to work and stop making mincemeat of every situation. Good governance is not for mischief-makers, but, for those who can govern.

A word to the wise is at the north, oh! Sorry enough!