Christianity is Dead: I Weep for Prosperity Gospel Fanatics 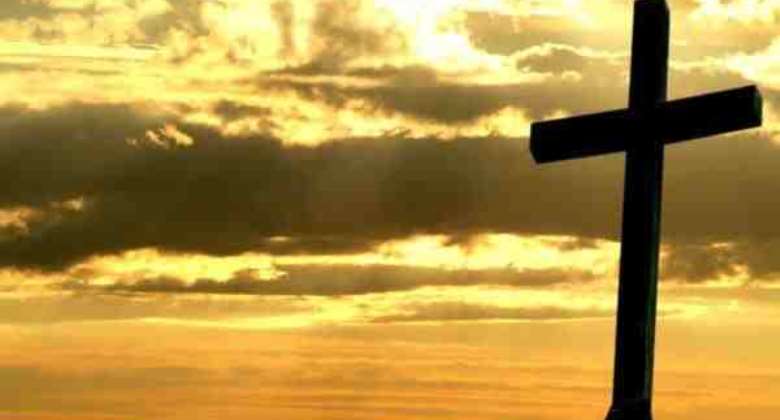 'For lack of knowledge, my people perish', says the Good Book (Hosea 4: 6). I'd rather say: for lack of common sense, my Christian folks are persistently taken for a ride.

Religion, which is as old as human existence, is not only meant to answer basic questions intrinsic to the human condition, but also, and more importantly, to guide humankind's moral conduct and to facilitate their presumed desire and effort to be reunited eternally with their maker.

But as every reasonable and open-minded person knows by now, some elements, out of selfishness, greed, sheer wickedness or a combination of all, are using religion, specifically Christianity, as a means to accrue wealth and attain prosperity.

One would have assumed that with the constant media exposure of and education about the phony agenda and modus operandi of these bogus, self-styled men of God, our 'kidnapped' sisters would eventually rediscover the defensive weapon to free themselves from the grip of their 'abductors' and find their way back home. But disappointingly, all the available evidence says: not really.

Just last week, I received a phone call from a remarkably religious female friend, soliciting financial assistance to enable her settle her landlord who had threatened to evict her for non-payment of rents which were, and probably still are, more than two months overdue. She has in fact been in and out of remunerative work for close to five months now, so I did understand her plight; and I was more than happy to help as usual.

I had a reasonable percentage of the outstanding rent electronically transferred into her account instantly. A couple of hours later, a text message came through; the content was upsetting but not unexpected: her account was already in the red, so a considerable part of the money I credited to her account two hours earlier had been swallowed up, and she needed additional money.

This kind of scenario is quite common here in the UK, so I knew where she was coming from. After convincing myself that her claim was credible, the amount swallowed up was transferred to her account. But no sooner had I made the last transaction than she phoned me up: 'Cardinal [as she always addresses me], I know I'm disturbing you, but who else can I disturb if not you; please, please, please I need to pay tithe on the money you sent me, but if I do, I wouldn't have enough to pay off the outstanding rent; I was wondering if you would be kind enough to send me extra £20 for tithe'. 'Who says you must pay tithe on that gift' I asked. 'My pastor', came the response.

It is quite tempting to speculate that she was probably faking things or fabricating stories to get a few quid off me; but no, your speculation is dead wrong as I am not easily tricked. She is made to believe that tithe should be paid on every income, and if she doesn't declare her total monthly income and pay tithe on it, she, like Ananias and Sapphira, would vanish from the face of the earth or would have the door of prosperity closed behind her.

At this point, I lost my cool, intuitively dragging her from her 'over religious' world into the realm of common sense, logic and reality. I made it clear to her that money, silver and gold I had none to give again, but what I had I preferred to share with her; in the name of Jesus Christ of Nazareth I wanted to help her free herself from religious captivity. Surprisingly, she shouted 'AMEN' to my pronouncement; I doubt if she understood what I said or envisaged what I was up to.

'Ma'am, how do you define tithe', I asked quite politely. 'It is the contribution of a tenth of one's earnings for religious purposes' was the response. 'Perfect, do you consider the money I just gifted you to enable you clear off your debt, an earning on which tithe should be paid?' I enquired further. 'Yes, of course' she answered; 'the bible says that the payment of tithe on all our incomes opens the door of great opportunities to us', she explained quite naively.

'So ma'am, God forbid, but if your child was taken seriously ill and a Good Samaritan gave you the exact amount of money urgently needed for his treatment, would you pay tithe on that gift knowing full well your action could jeopardize any chances of seeing your child alive again?', was my next question. 'Why not, paying tithe on that gift could lead to the miraculous healing of the child' she zealously pronounced. At this juncture, I realized I was fighting a lost battle, and thought it wise to 'surrender'.

'Well, ma'am, since you are bent on paying tithe on all your incomes including gifts meant to pay off debts or save the life of your ailing child, I can only advise you to contact other friends who may be able to help you raise the fund huge enough to clear off the rest of your outstanding rent even after paying tithe on it; good day', were my final words.

Tithing or making contribution to support the financial needs of Christian workers and the Church is, of course, 100% biblical. But it is obvious that sham and materialistic pastors are capitalizing on this so-called divine command to extract every penny from the purses and wallets of prosperity gospel enthusiasts, even jobless and poor ones.

Their usual biblical citations are: 'Cast your bread upon the waters, for after many days you will find it again' (Ecclesiastes 11:1); 'give, and it shall be given unto you; a good measure, pressed down, shaken together and running over, will be poured into your lap' (Luke 6:38); what we reap is what we sow (Galatians 6:7); etc., etc. These 'Prosperity Theology' preachers deceive innocent people into believing that the door of wealth, marriage, fertility, travelling abroad, legal immigration status, healing, and other successes would automatically be opened to them if they constantly make financial contributions to their church.

If these pastors truly believe that there is more happiness in giving than in receiving (as I do) and the more you give, the more you get (which is certainly not always the case), then why are they hardly the givers and almost always the receivers? Why are they not responding to the instructions in Deuteronomy 15:7-8, Acts 11:29 and other sections of the bible to feed the hungry wherever they may be and not being hard-hearted or tight-fisted toward them?

The issues of whether or not tithing is imperative and a Christian should pay tithe on a gift are, in fact, the subject of debate within the Christian community. But it is very worrying when such religious beliefs are made to override common sense as in the case of the female friend in question.

As a matter of fact most New Testament discussions on the subject promote giving at one's own convenience: 2 Corinthians 9:7 talks about giving cheerfully and not grudgingly, 2 Corinthians 8:12 encourages giving what you can afford, and Matthew 23:23 stresses that what pleases God most is not a tenth of our earnings but honesty and compassion for our neighbours.

In January 2012, a pastor from Ghana arrived in London to participate in a revival or whatever they call it. After the programme, he called another female friend of mine and enquired if she was married; when she responded that she was single, the pastor started talking about how God revealed to him during the prayer session that she would get married either in July or November that year. He was however quick to add that the prophecy would come to pass on condition that she chose one of the dates (July or November) and sowed the corresponding seed. A seed of £150 was to be sown if she chose November, and £200 if she opted for the July date (as that would mean express fulfilment). As one would expect, she went for the July option (express), borrowed £200 from a friend and handed it over to the pastor. We are half-way into 2013 and she is yet to meet that man who will take her to the altar. Now she is vowing to retrieve her money should the pastor show up again in London.

If nothing is done to dismantle the activities of these spurious pastors, Christianity will lose its appeal and significance in the Ghanaian and African society in no time; it will be 'dead'.

Emmanuel Sarpong Owusu-Ansah (Black Power) is an Investigative Journalist, a researcher, an educator and the author of Fourth Phase of Enslavement (2011) and In My End is My Beginning (2012). He may be contacted via email ([email protected]).