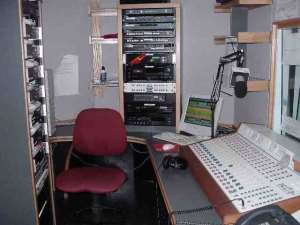 Listening to newscasts in one's own lingua franca is the entitlement and delight of every cultural being, particularly Africans whose beautiful indigenous languages are not only being supressed and adulterated by colonial languages, but are also facing rapid extinction.

It is, in fact, a pity that radio news is presented in only a few of the many indigenous Ghanaian languages; but that which is even more pitiable is the appalling and boring way and manner in which news in local languages, specifically Akan, is presented on our radio channels.

Three of the key factors that define broadcasting, particularly newscasting are: time, precision, simplicity and professionalism. But after listening to news in Akan on various radio stations for over a year, I will not be far from right if I pronounce that our Akan news readers have either lost sight of or marginalized the essence of time, precision, clarity and professionalism in their own 'specialty' - news-reading.

They obviously fail to differentiate between news-reading and DJing, comedy show presentation, or presentation of other radio programmes. Due to unnecessary circumlocution and repetition; countless, baseless phrases and proverbs; and irrelevant conversations, a newscast that could ordinarily be delivered in 30 minutes by a single presenter, would take two newsreaders a whole hour to present it.

I do appreciate the fact that the beauty and richness of the Akan language lie in its artful combination of normal expressions and proverbs, and that to preserve this beauty and pass it on to the younger generation, relevant proverbs should be inserted in the script to be read or the story to be aired. However, it becomes very boring, annoying and intolerable when a single point in a newscast is preceded by as many as four irrelevant Akan maxims.

Unfortunately, Akan and Akan-language programmes seem to dominate our airwaves, leaving people from other ethnic groups no other option than to listen to those programmes. This explains the need for news-writers and/or presenters to use vocabulary or diction that reflects or takes into consideration the diversity of the entire Ghanaian population.

But sadly, these newsreaders refuse to realize that their listeners are not made up of only Asantes or Akans but people from other tribes, many of whom are not very familiar with the Akan language. At times I wonder if the readers themselves understand the kind of proverbs they employ when presenting the news.

That which does not only kill but buries the listener's appetite is the regular use of uncivil and profane vocabulary and jokes by some radio newscasters. They seem to have no idea of what society calls 'politically correct language'. Consequently, some of their comments have been very disrespectful and abusive to the physically and mentally challenged and other vulnerable groups.

One other annoying thing is that some Akan-language radio newscasters are turning news-reading into a cantata, wasting listeners' precious time. You turn your machine on to listen to the radio news, and the reader, after a lengthy circumlocution and repetition, goes ahead to add insult to injury by singing a song supposedly meant to put flesh on the bones of a story already narrated.

When on earth did cantation become a genre of newscasting? One may be tempted to name culture as a defence; but this has got absolutely nothing to do with Ghanaian culture. There are principles governing news-reading, and the principles are supposed to be almost the same everywhere; singing is certainly not part of those standards.

It is about time some Akan-language newsreaders went back to the classroom to familiarize themselves with the rudiments of news-reading. We have had enough of their pathetic jokes and time-wasting antics!

Emmanuel Sarpong Owusu-Ansah (Black Power) is an Investigative Journalist, a researcher, an educator and the author of Fourth Phase of Enslavement (2011) and In My End is My Beginning (2012). He may be contacted via email ([email protected])