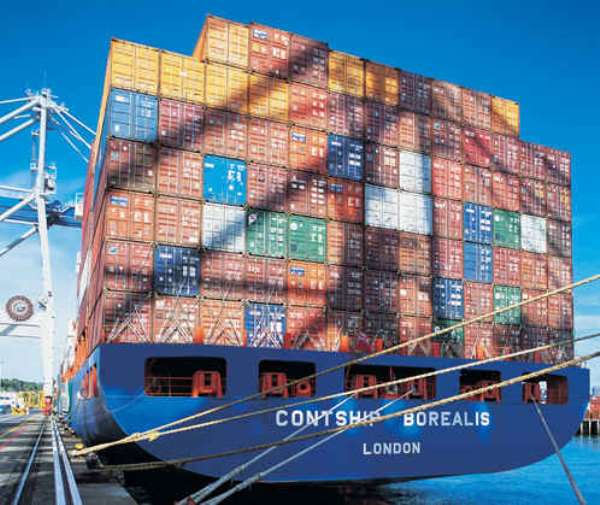 “We must unite for economic viability first of all and then to recover our mineral wealth in Southern Africa, so that our vast resources and capacity for development will bring prosperity for us and additional benefits for the rest of the world. That is why I have written elsewhere that the emancipation of Africa could be the emancipation of man” DR. KWAME NKRUMAH

To release the potential of Africa, there is the need to develop means to facilitate trade across the borders. This means major investments in transport infrastructure including roads, ports, internal container depots, inland water ways and railways are needed.

Despite claiming regional trade as a strategic objective, African countries have yet to reach their trade potential particularly, when it comes to trading with each other. In the post independence period, trade has being a core element of the development strategy of African countries.

The importance that African countries attach to regional trade has been reflected in the high number of trade schemes and policies on the continent. The trade agenda is geared towards empowering Africa to take its rightful position in the global economy.

According to Wikipedia, the free encyclopedia, free trade is a policy by which a government does not discriminate against imports or interferes with exports by applying tariffs (to imports) or subsidies (to exports) or quotas. According to the law of comparative advantage, the policy permits trading partners' mutual gains from trade of goods and services.

Yes, free trade is means of enjoying goods and services that one has a disadvantage in producing due to the level of discrepancies in resources endowments of various countries. That is, through trade one country can have access to goods and services produced in other countries.

Free trade is also a system in which goods, capital, and labor flow freely between nations, without barriers which could hinder the trade process.

The core purpose behind the promotion of Pan-African Free Trade Area in Africa is to lower the prices for goods and services by promoting competition. Pan-African free trade will serve as a means of preventing domestic producers from relying on government subsidies and other forms of assistance, including quotas which essentially force citizens to buy from domestic producers, while foreign companies can make inroads on new markets when barriers to trade are lifted.

Serious efforts must be made to help Africa develop a culture where eventually we would want to see Africa being borderless particularly in terms of doing business. We must encourage ourselves to do trade across the continent. Africa is pursuing an integration agenda as a collective development and transformation strategy leading to the eventual creation of continent and market.

It is appropriate to have free trade areas consolidating into a continental Free Trade Area before they move together to the other stages. This will serve as an engine of growth and sustainable development. We must tackle our infrastructure in this case not only physical as in roads, ports, rails but the rules and procedures that comes with moving goods across the borders.

For regional markets to operate efficiently there is the need for strong regional and domestic framework regulations on trade related issues of intellectual property rights, competition policies, investment, government's procurement, trade and the environment.

The Tripartite made up of EAC, COMESA and SADC, began its journey in June 2011, where at the tripartite summit, 26 African countries with a population of about 600 million people united and signed the land mark Free Trade Agreements.

The Tripartite trade agreement between East African Community (EAC), Common Market for Eastern and Southern Africa (COMESA) and the Southern African Development Community (SADC) is a typical example of regional economic integration which Africa should embark on.

Under the Tripartite Free Trade Agreement, work is seriously ongoing to facilitate trade and remove non-tariff barriers. That is to ensure, that some tariff issues, infrastructure challenges and to some extent, some developmental issues would be addressed.

This is expected to be completed by 2014. Africa at present has the lowest rating of any region in terms of logistics performance. The work of the tripartite in streamlining border posts will play a massive role in improving intra-African trade.

At Chirundu, a border post at Zambia and Zimbabwe; through the Tripartite Free Trade Area, it has brought the transit time from about 7 days to a matter of less than a day. This means that cargos or trucks which initially would be kept at the border for 7 days before setting off can do all documentations within a matter of ours, approximately, 1 day. This is a tremendous approach in reducing the cost of doing business in Africa.

There are about 21 ports across Africa with container vessels on international routes getting bigger. These ports, as are being majorly developed including major work at Maputo, can help to facilitate trade on the continent. Despite the huge potential of rail, 90% of freights are being transported by road in sub-Saharan Africa. This has propelled the Tripartite to engage serious in developing rails in that region.

In terms of roads, the funding of regional roads preparation, upgrading and maintenance remains insufficient and the Tripartite is working on ways to attract more financing to facilitate this. Recounting on the success of the Tripartite in terms of developing a common Free Trade Area, I strongly believe that adequate work must be done at the various regional blocs, that is, ECOWAS, EAC, SADC, etc. in order to achieve the continental Free Trade Area.

Africa has seen unprecedented economic growth in recent years and with the rising middle class and rapid urbanization, global cities need to be more sustainable. Whether a water tap, accessing the internet, transporting goods across borders; Africa's infrastructure is seen as less reliable and very expensive. Financing cost, skill labour and efficient project management are just some of the factors holding back development

Africa is still grappling with poor infrastructure, cumbersome procedures and tariffs and an unpredictable power supply. According to the AfDB, the shortage of water, housing, roads and adequate sanitation reduces the output in Sub-Saharan Africa by as much as 40%. Some speed bumps on Africa's economic recovery include rehabilitation of the continents roads.

According to a recent study, an investment of US32billion towards opening roads could lead to US250billion trade increase over a period of 15 years. Strengthening Africa's trade links against the backdrop of a good infrastructure is one way of connecting the continent.

Would it be road, rail and or sea, it is important that African countries begin to connect, therefore realizing their goal of a single market economy.

We must all as Africans, admit that, infrastructure is what unlocks the economic space. Therefore a concerted effort must be made in dealing with the infrastructure challenges facing the continent, both hard and soft infrastructures. I did an earlier article on infrastructure of which readers might find it useful.

The article can be found at various news sites and it's titled “Developing Africa's Infrastructure: a catalyst for economic growth”. Non-tariff barriers, such as staggering transaction cost, complex immigration procedures; limited capacities of border officials; costly import and export licensing procedures and lack of investments in trade association must be swiftly dealt with. 10% of Africa's trade is within Africa whiles it stands at about 60% in other regions such as the European Union.

Trade is actually an engine of growth and if Africa is to sustain the current growth momenta, which currently stands at averagely more than 5%, we should ensure that we increase the volume of trade within the continent.

Unclear policies also hamper traders. For example, seeds from Kenya may be left at border in Ethiopia with the reason that they don't satisfy local requirement. A trader may get his/her grain at the Tanzanian border only to find out that a ban on exports is imposed. Transport costs are very high. African leaders must implement current policies and existing legislation that help to reduce the challenges hampering trade in Africa.

Africa at the moment is paying up to 40% extra on transport itself of goods at the consumer end. When you look at this cost at the rest of the world it is averaging about 10%. So Africa remains uncompetitive not because of any insurmountable reasons, but things that we can remove without additional investments.

Studies have shown that, if we remove these types of barriers to trade and have trade facilitation measures, we can have an additional $34billion of trade annually. This will help Africa's booming informal trade into the formal economy.

This will mean more jobs for Africa's 400 million young people, increased global competitiveness and less reliance on Western struggling economies and it could mean an end to food shortages across the region where hunger affects nearly 240 million people.

To make these changes, it would require strong partnership between countries and regional institutions. It would take the focus away from building simple roads to dealing with other complex issues hampering trade on the continent. Eliminating restrictions for free trade between countries in Africa would lead to greater integration of economies and mutual benefits, including more export opportunities and product choices in the importing country across the continent.

Africa is a continent with I billion people; a billion dreams; economic growth; regional integration; trade not aid. These are the practical steps of bringing the dream of a United Africa and economic prosperity for all one step closer. A young Africa inspired by a new generation of leaders and field by the creativity and energy of its own people is on the rise. The time is now. This can really be Africa's century.