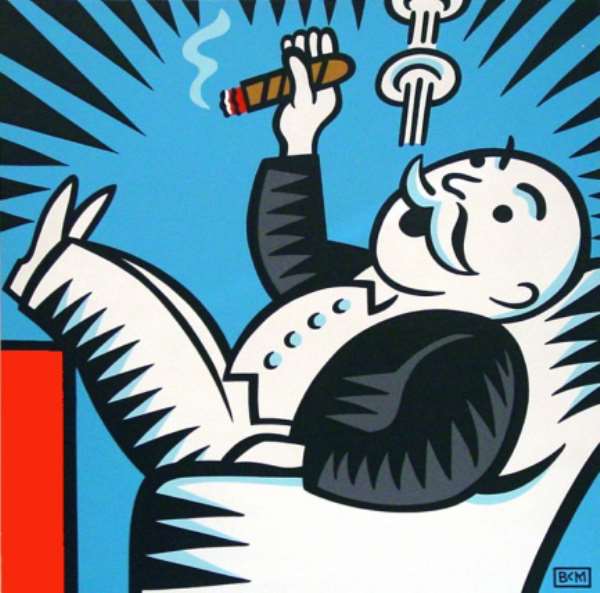 I am so sick and tired of blood sucking, looting politicians who espouse taxing the rich in order to get them to pay their "fair share." This is a blatant immoral assault against every Ghanaian, because it denies every person the right to keep what he has earned. But wait, now i have some new information:

The rich really are different, and not in a good way: Their life experience makes them less empathetic, less altruistic, and generally more selfish. In fact, the philosophical battle over economics, taxes, debt ceilings and defaults that are now roiling the stock market is partly rooted in an upper class 'ideology of self-interest.'"

Because the rich gloss over the ways family connections, money and education helped, they come to denigrate the role of government and vigorously oppose taxes to fund it.

So now the Left has a new line of attack. Let's tell the public that the rich are intrinsically flawed. After all, that will justify stealing from them. The way you prove this is to accuse them of being "selfish." because everyone agrees that selfishness is bad. Except, wait. No, we don't, all agree with that.

Perhaps someone should tell the British that the Declaration of Independence gave Ghanaians the right to live their own lives and pursue their own happiness. That sounds like an "ideology of self-interest" to me. We must be honest. Acting in one's best self-interest is selfish.

Most people cringe when they hear the word selfish. We have been taught since we were children that selfishness is bad. We immediately visualize the person who lies, steals, and steps on everyone else's toes to get what he wants irrespective of those he hurts along the way. But a person like that is not acting in his best self-interest and will not achieve true happiness, therefore, he isn't truly acting selfishly.

People, for the most part, want to live their own lives, provide for their families and earn a living. Then, if they are so bold as to work hard, save their money and cross a line and enter into the world of the rich, they are vilified. Now suddenly they are different, bad, "selfish" and they don't care about others because they want to keep what they have earned.

If we are to win the war against Socialism (in all it's variants), it is the concept of selfishness, the right to act in one's best rational self-interest that we must defend, because that is the moral base of the Ghanaian system, and it is required by our very nature to be able to pursue happiness. That is what freedom is all about, being able to live your life the way you want to as long as you respect the rights of others. And if you become rich along the way, by working hard, you get to keep what you earn.

John Adams said it best. "It must be remembered that the rich are people as well as the poor; that they have rights as well as others; that they have as clear and as sacred a right to their large property as others have to theirs which is smaller; that oppression of them is as possible and as wicked as to others."

Wealth has to be created and Ghanaians created it by living and working for themselves. They pursued their own happiness as envisioned by the Founders. If we want to save our country, we must fight for the morality that underlies it's survival, that it is moral to act in one's best self-interest.