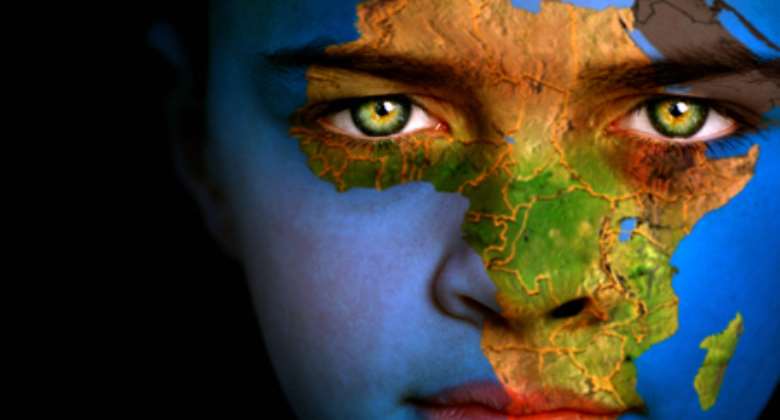 “…we must unite for economic viability first of all and then to recover our mineral wealth in Southern Africa, so that our vast resources and capacity for development will bring prosperity for us and additional benefits for the rest of the world. That is why I have written elsewhere that the emancipation of Africa could be the emancipation of man” DR. KWAME NKRUMAH

Africa has a dream; the dream of unity; the dream of oneness; the dream of a united Africa; where all Africans, both on the Africa continent and in the Diaspora, will share not merely a common history, but a common destiny. The destiny to be reached by all Africans living none behind. Those were and have been the dream of Africa all these period. Those have been the dream of our forefathers who shared their dignity, interest and blood to fight for an independent Africa. They fought with all their efforts so that their successors will not suffer the humiliation of slavery and colonialism which left a trail of venom, fatality and mental anguish. The residual effects of these harmful enterprises are difficult, if not impossible to ignore.

Pan – Africanism was conceived to seek to unify African people or people living in Africa into “One African Community”. As a philosophy, Pan-Africanism represents the aggregation of the historical, cultural, spiritual, artistic, scientific and philosophical legacies of Africans from past times to the present. It seeks to promote values that are the products of the African civilization and the struggles against slavery, racism, colonialism and neo-colonialism.

The dream of Pan-Africanism is so inspiring; a dream of one united Africa. Pan-Africanism seeks to set aside all differences, principally making efforts to foster solidarity and resistance to exploitation. Early Pan-Africanists saw the need for solidarity to end the oppression by the Western world.

Across the continent, a new group of Pan-Africanists arose among the nationalists like; Kwame Nkrumah, Sekou Ahmed Toure, Ahmed Ben Bella, Julius Nyerere, Jomo Kenyatta and Patrice Lumumba. They held the dream of Africa to be a unique fraternity with members in all parts of the globe. Enough time has passed for continental Africa to correct most of the economic, social and political imbalances which impedes against a united Africa. Pan-Africanism saw that some of the ways that continental and Diaspora Africans can dull the impact of slavery and colonialism is through spatial, physical and mental bonding of Africans the world over.

“Either we concentrate our forces for a device armed struggle to achieve our objectives, or we will each fall one by one to the blows of imperialism in its present stage of open and desperate offensive” DR. KWAME NKRUMAH

The goals of Pan-Africanism included other things as confronting Western domination and exploitation of the continent and its resources. It became very imperative therefore, then, that we as Africans exercise some level of superiority and ownership of our resources. We have been under Western domination and exploitation for so long a time since the inception of slavery and colonialism. The time was up for Africans to take full charge of our resources and manage our own destiny without any foreign intrusion.

Pan-Africanism was geared towards empowering Africans through a common voice, courage and to improve the economic, social and political lots. This dream is still alive; Africa is working towards a common voice, a voice that could be heard across the length and corner of the globe. Pan-Africanism is to help Africa to take its rightful place in the global system. The perfect position for Africans which is been projected by Pan-Africanism was the point where Africans can boast of their sovereignty and domination over their natural resources against foreign exploitation.

Another goal projected by Pan-Africanism was on the tenets of religion; that all men are created equal and are not to be exploited, subjugated and dismissed. We are all created equal. No one individual is superior o the other. Africans like Westerners are all equal. No continent can make itself independent by seeking supremacy over all others. Pan-Africanism therefore served as a movement among African peoples to unite their efforts in the struggle to liberate Africa and its scattered and suffering people. It was based on the belief that African people share common bonds and objectives and that only unity can help Africa achieve those objectives.

CHALLENGES
Pan-Africanism has however, after all these numerous goals and objectives been hindered by certain observable phenomenon. Among them is ethno-nationalism. This is wherein nation is defined in terms of ethnicity. That is a particular strain of nationalism that is, marked by the desire of an ethnic community to have absolute authority over its own political, economic and social affairs. Ethno-nationalism and sub-nationalism impedes against the goal of unity propagated by Pan-Africanism.

Africa is again not able to achieve the goal of oneness due to the existence of fragmentation. Africans themselves have failed to achieve the spirit of togetherness. Africans have not shown encouraging and measurable interest in the affairs of the continent and its people. Nations across the continent seems to be only interested in its own affairs which are not helping to unite the whole continent.

Africa was supposed to be the citadel of hope for all Black race; but somehow, it has turned out to be a killing and chaotic region. All hopes are lost. Pan-Africanism has therefore not been able to achieve the dream of a united continent.

What then does it mean to be an African? It is time; a time enough for Africans to unite. The world cannot operate in a vacuum; the world is not an Island. Continental Africa should be able to handle its own destiny. Africans can and must have regards for life and for decency. African leaders must show the light and the way; a light of political tolerance.

This is best framed in the words of Dr. Kwame Nkrumah, a true advocate of a united Africa that “we face neither East nor West; we face forward”.