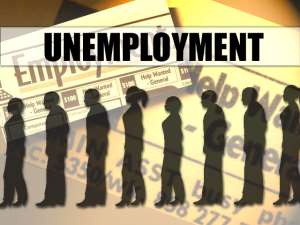 “I do not believe we can repair the basic fabric of society until people who are willing to work have work. Work organizes life. It gives structure and discipline to life”. BILL CLINTON

Unemployment is simply the state of not having a job. Unemployment or joblessness occurs when people are without work and are actively seeking for one. Africa is deeply affected with a high rate of unemployment especially among the youth. Africa is now having the most youthful population in the world with the youth covering close to between 60% and 70% of the continents population. This menace poses great threats to the strength and growth of Africa. Though unemployment is seen manifested all over the world, the case of Africa is very dilapidating to say the least.

Unemployment in Africa is manifested in seasonal layoffs (e.g., in agricultural jobs), technological changes in industry (particularly by increased automation), racial discrimination, lack of adequate skills by the worker, or fluctuations in the economy

In a 2011 news story, Business Week reported, "More than 200 million people globally are out of work, a record high, as almost two-thirds of advanced economies and half of developing countries are experiencing a slowdown in employment growth". This is not very encouraging and therefore drastic measures must be instigated to curb this situation.

Unemployment is one of the most serious problems facing the African continent. In accordance with IMF/World Bank conditions, most of the African countries applying structural adjustment measures have retrenched large number of public-sector workers. In February 1995, for example, the Zimbabwean Cabinet ordered all government ministries to reduce their staff numbers by 40 per cent, which translated into the abolition of about 10,000 posts by the middle of the year. The bad situation in Africa has been exacerbated by demographic pressure, resulting in a high number of new entrants to the labour market annually. There has also been an increase in unemployment among university graduates in many African countries.

CAUSES
Unemployment in Africa is highly caused by the defective education system. The educational systems in Africa do not correspond directly to the economic realities prevailing outside the schools system. Instead of training professionals and people with skills, theory instead of practical is the order of the day. The education system in our countries has failed to respond to the existing inter-generation gap. It simply imparts general and literary education devoid of any practical content. Africa's educational policy merely produces individual whose services do not reflect the economic trends on the job market. The educational structure, especially the curriculum does not include industrial skills hence produces most graduates whose skills are not transferrable. The open door policy at the secondary and university level has increased manifold unemployment among the educated that are fit only for white collar jobs and not for self employment.

Unemployment in Africa among the youth is again caused due to the lack of vocational guidance and training facilities. As, already discussed, our education system is defective as it provides purely academic and bookish knowledge which is not job oriented. The need of the hour is that there must be sufficient number of technical training institutions and other job oriented courses at village level. Most of the students in rural areas remain ignorant of possible venues of employment and choice of occupation.

Africa is the only continent with most of its populace leaving in the rural and semi-urban areas yet there is less means for self-employment. This is a hurdle because it militates against the generation of more employment opportunities. There exists a high level of inappropriate means for self employment in rural and semi-urban areas across the continent of Africa. Unlike in the case of developed countries, most of the engineers, technocrats and other well qualified persons in Africa do not possess ample means for self employment. They therefore end up going about in search of paid jobs.

Africa is rich with abundant labour which is a tool needed to be expanded with intensive skills to meet the global labour market standards; yet Africa is rather placing more emphasis on capital intensive techniques instead of labour intensive. Labour is rather available in larger quantities in Africa. Therefore, under these circumstances, countries in Africa should adopt labour intensive techniques of production. It is been observed that not in industrial sector that there is large application of capital intensive techniques, but also in agriculture sector; there is substantial increase of capital than labour. Even in the case of using the capital intensive technique, individuals are not trained adequately to take up the operation of various machineries in the industries. In the case of Western countries, where capital is in abundant supply, use of automatic machines and other sophisticated equipments are justified while on our continent abundant labour, results in large number of unemployment.

Another cause of unemployment in Africa can also be associated with the negligence of the leaders and their corrupt attitude, they imbibe the culture of power retention and money embezzlement, the funds needed for the development of a sector would be diverted for personal use, with this trend there is no way forward and we remain undeveloped.

EFFECTS
Unemployment poses various effects which impedes against the economic development in Africa. Unemployment leads to loss of human resources. People with adequate skills and competence are rather left unutilized due to the problem of unemployment. Individuals' talents and skills are untapped and left unutilized. This indeed is a great loss to Africa as such skills could have been utilized to foster growth on the continent.

High rate of unemployment leads to increase in poverty. Unemployment deprives a man of all sources of income. As a result he grows poor. This is highly seen manifested across the continent. Most Africans due to poverty arising out of unemployment cannot satisfy the basic necessity of life. Most African's leave in the streets across the capital cities because of their inability to afford a descent accommodation.

Unemployment again leads to the breeding of social problems. Unemployment breeds many social problems comprising of dishonesty, gambling, bribery, theft etc. Prolonged unemployment usually results in some form of social pathology, as reflected by an increased crime rate and violent agitators. It breeds discontent against the state, and any slight provocative issue or incident may trigger violent demonstrations and social unrest, which may result in loss of life and damage to property. As a result of unemployment, social security is jeopardized. Most electoral violence staged on the continent are been instigated largely by the unemployed youths. So this suffices to say that unemployment is an automatic threat to social, economic and political security. People due to economic hardship arising out of unemployment indulge in any means possible in order to meet their basic human needs and most of these means are the very foundations to social disorder and economic instability.

Unemployment is without doubt a threat to political instability in Africa. Unemployment gives birth to political instability in a country. Unemployed persons can easily be enticed by antisocial elements. They lose all faith in democratic values and peaceful means. They consider that Government is worthless which fails to provide them work. Here in Africa where the dependence ratio on governments is very high, people tend to resort to any means to retaliate to get their issues addressed.

Exploitation of Labour becomes the order of the day when there is high rate of unemployment: In the state of unemployment, labourers are exploited to the maximum possible extent. Those labourers who get work have to work under adverse condition of low wages. Individuals are deeply subjected to harsh conditions of services because they are anxiously seeking for employment. Employers therefore take advantage of the situation to get the maximum from people yet subjecting them to harsh conditions. This is a threat to social and economic justice.

SOLUTIONS
Adequate and conscious efforts should be made to ensure improvements in the education and training provided to young people, with a greater focus on vocational skills and training. People should be trained in the schools to acquire transferable skills highly meeting the current economic trends. The schools curricula should be drafted around producing skilled individuals in the technical and vocational field. There should be the provision of more training and education to the unemployed. This could help improve computer skills and communication. These people will become more confident and employable.

There must be conscious and adequate efforts by governments in Africa to support the struggling industries in order to try to save jobs. Proper supervision and adequate resources should be invested in the industries to support the employment base across the continent. There must be increased resource allocation out of national budgets for employment promotion activities. The Government needs to try to create demand in the economy. It could; give grants to businesses to produce goods, have projects such as road building, and cut interest rates to encourage spending.