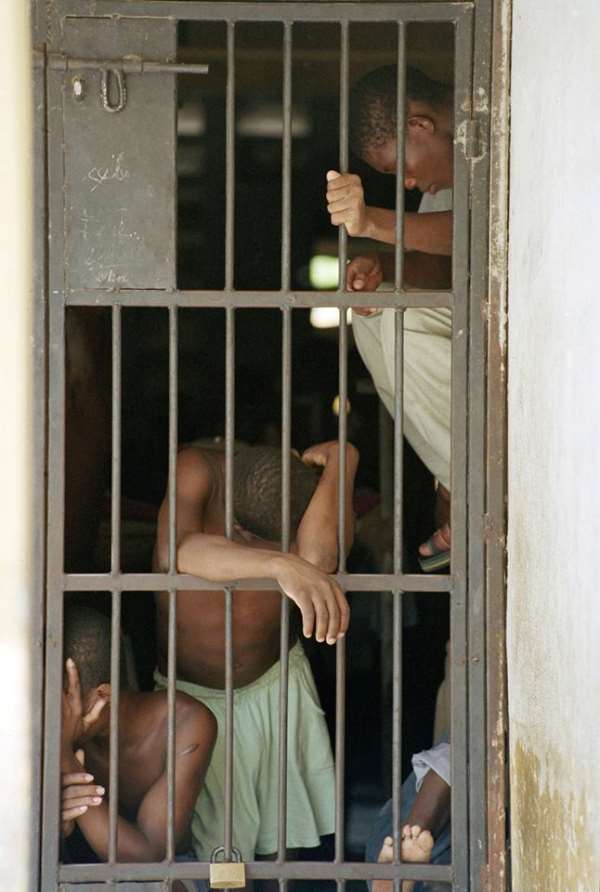 At long last, the biometric registration of inmates of the country's prisons takes place today, the first time ever, but not without challenges as many are left out of the exercise, causing consternation in the security facility.

Many of the prisoners have complained about what they regard as a selective registration of inmates, blaming the shortcoming on the prison officials.

According to sources, it is not true that the selection was limited to those with identities because, as they put it, those on drug charges for instance have their passports lodged with the Narcotics Control Board (NACOB).

Others who showed their National Health Insurance Scheme (NHIS) identification cards were nonetheless dropped from the list of those eligible for today's exercise, raising questions about the whole project.

Such disenfranchised persons were disappointed when they confidently believed that with the provision of the requisite identification, they would be registered. They had their hopes dashed when the final list was displayed at the various prison facilities.

While the exercise is going on, such persons can only sit on the fence, sulking and wondering why they have been boldly disenfranchised.

It is amazing that the largest prison facility in the country, the Nsawam Medium Security Prison, with an inmate population of over 3000, has only 65 prisoners are eligible for today's exercise.

A breakdown of the eligible inmates for today's exercise at the Nsawam Medium Security Prison is convicts- 55, remand inmates- 6 and trial inmates- 4, bringing the total to 65.

In Kumasi, only 12 inmates are qualified to be registered, according to sources.

He said aside the fact that some inmates were not Ghanaians, most of them did not possess the requisite identification material to register.

Mr. Opoku-Mensah told GNA in a telephone interview that information gathered from prison authorities within the region also confirmed that most inmates were not ready, adding, 'We cannot bend the laws, we will go on and register those who meet the requirements'.

The biometric exercise for prison inmates in the region will be undertaken at the various prisons at Ekuasi, Central, Female, Tarkwa and Hiawa.

He said six officers would man each of the five centres and called on political parties to send their agents to the various centres.

Mr. Opoku-Mensah added that the biometric registration exercise would start at 0800 hours and end at 1600 hours, according to prison regulation.

The journey to today's exercise has been a bumpy one, with the Electoral Commission (EC) initially not too sure whether to buy the idea of extending the franchise to the country's prisons.

When it eventually succumbed to the pressure of civil society organizations, the EC demanded that the Ghana Prisons Service provide a credible database of its inmates, a demand which compelled the security agency to set up a taskforce to determine the identities of prisoners across the country.

Many wondered why the security agency did not have such a database this day and age until prompted by the demand of the EC.

The Public Relations Officer of the Ghana Prisons Service, ASP Courage Atsem, had this to say about the taskforce at the time: 'The taskforce will be moving from prison to prison to assist the inmates in terms of how they can get in touch with their family members to produce their authentic identification details. The information will be compared with our data so that we can begin the registration progress.'

After an arduous task of meeting the demand of the EC and seemingly making available such a database, it would seem strange that such a miniscule number of inmates would have the opportunity of having their names included in the national voters' register.