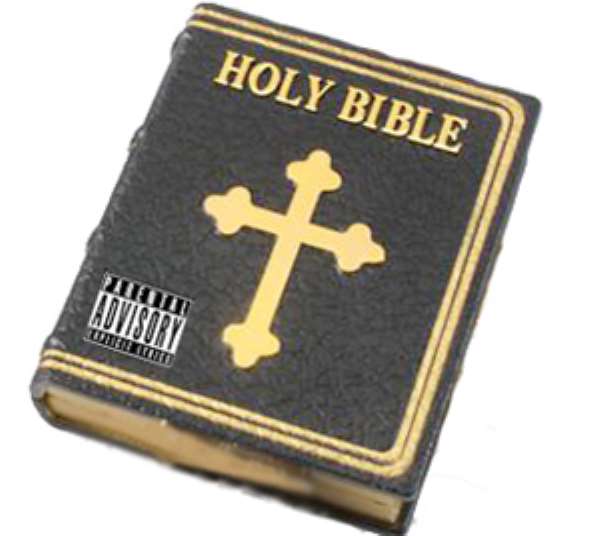 In recent times, several people are increasingly assuming that many charismatic pastors are using the prophecy and miracle gifts to swindle people of their money or to deceive the society. And thus they conclude that charismaticism is now anti-social.

An example is cited of some pastors who, in the course of their prophecies, go to the extent of 'predicting' or exactly describing the colour of the underwear of some ladies in their churches! Or, they 'prophesy' correctly the exact money that is in one's purse or pocket, resulting in the 'emptying of such money for the Lord.'

Some of these prophecies are said to go thus; 'lady, the Holy Spirit has revealed to me that you are wearing blue underwear and black brassiere, am I telling lies?'  Quite surprised, the lady admits that to be true and replies: 'Yes, osofo (pastor), that's true.'

Then the pastor goes on: 'Lady, you don't have to wear blue pants again… all your troubles are due to this blue colour which demons from your family have used in bringing you bad luck.

You now have incurred debts to the tune of ¢500,000 in your trade. Is it not true?' The lady might find it fearfully amazing, because that is true; and thus shaking, she pleads with the osofo to help her out of her woes. 'O.K., Bring all in your purse, the ¢253,000 now in your purse, bring it all to the Lord and the Lord is going to multiply it in a week's time.' So the poor lady hurries forward to pour all that is in the purse right into a special bowl, only to later go a-borrowing and a-sorrowing. Poor soul.

This whole scenario poses some controversial questions: Are these 'exact readings' or prophecies from God? If not, why are they true or accurate? This is because it's God's prophecies which are always true. Again, just as Christ was able to describe the hidden life of a Samaritan woman at Jacob's well in Sychar (Samaria) through His prophetic gifts (John 4:17), it is asked whether it is wrong for such a pastor to refer to the hidden undies of the lady? Indeed, this is happening in some churches!

It is to be explained first of all that the word 'charismatic' comes from the Greek ' kharisma' with ' kharis' meaning 'grace or favour or gift.'

In other words, ' charismata' implies 'graces or gifts' conferred upon someone by the Lord.

Therefore, a charismatic church is that which believes in, and applies the use of, the gifts (charismata) of the Lord Holy Spirit. Nowadays, charismaticism is not confined to the pentecostals alone (who are known as penteco-charismatic, a term embracing all charismatic churches which believe in the olden-days' pentecostal activities of the apostles). Currently, we also have Catholic charistmatics; Methodist, Presby, Anglican etc. charismatics (who constitute spiritual groupings in such churches).

These charismatic gifts are defined by St. Paul to be nine in number, namely wisdom, knowledge, faith, healing, miracles, prophecy, spirit discernment, tongues-speaking and interpretation of tongues (1 Corinthians 12: 8- 10). And these can be used beneficially, not only in the church by pastors and individuals who possess some of them, but also in, and for, the larger society.

Take for instance, the gift of prophecy. It is my opinion that any true chrismatic prophet shouldn't confine his predictive activities to church services where individuals' secrets are revealed to them and directions given thereon; but he should also prophesy about the national society - some upcoming calamities or good omens, whether political, economic, purely social or spiritual. But are charismatic prophets doing this?

Aren't they seemingly inward-looking or only concerned with individual and church prophecies to the neglect of predictions concerning national affairs?

Shouldn't charismatic prophets be outward-looking or outgoing, on the Biblical teaching that 'where there is no vision the people perish'? (Proverbs 29:18) Even though some satanic, or unbelieving or misguided elements in the society will definitely show negative or hostile reactions and even skepticism to distasteful and cautionary prophecies- they always want sweet prophecies- this shouldn't discourage charismatic prophets from working for the good of the society through prophecies about the nation.

Let prophecies be proclaimed on rooftops- through radio, TV, newspapers- so everybody can know them; and let them be rejected by leaders in the society! And whatever happens thereafter, or continues to happen, shall be a matter for the records. The prophet would have done his part!

Another important charismatic gift which can be beneficial to the society is that of healing . It is amazing however that the Ministry of Health appears to be playing the proverbial ostrich, burying its head in the sand to divine-healing goings-on. The Ministry seems to suggest that God's charismatic gift of healing does not exist in the society to be made use of, except traditional or herbal healing. Yet when some big men in the society catch certain diseases which defy all medical examination and treatment, they rush to God's men for spiritual healing!

Isn't it therefore strange that instead of equally encouraging charismatic healers (through financial and moral support) to organise and establish co-operative sanatoriums or better healing camps for faith healing, like the push being given to traditional healers, the government  appears rather distrait  or unconcerned about charismatic cure?

It is not an exaggeration to say that most of the charismatic healing camps found in several places in Ghana, operate in dirty unhygenic environment owing to lack of money for improved facilities.

Is it not an eye-sore to come across mad men chained in healing camps and left in the open inclement weather for the purpose of receiving divine healing? Yet most of these spiritually-caused insanity cases are healed, after all. In point of fact, the incorporation of faith healing in the Health Ministry's scheme of things is an imperative, if our health delivery system is to go places- rather uniquely!

Lastly, the charismatic gift of miracles is one area which the state can utilise in at least two sectors of the economy- sports and crude oil find. If indeed God's miracle power is used to make the blind see, the cripple walk etc. I don't see why crude oil cannot be made to flow in an area by miracle-working pastors invited together by the state and secretly given such an assignment! With God, all things are possible!

About sport, especially in regard to soccer, I submit that a Psychological Counselling Unit (not 'Ways and Means') be set up at the GFA headquarters to be in charge of the psycho-spiritual affairs of players; And real miracle- working and knowledgeable pastors can be co-opted from time to time to offer their group prayers and psychological counselling services to win victories, exercises which will strengthen the faith of the youth in God. Truly, charismatic gifts can be used to help the society. Or, is that impossible?