Taylor’s verdict is a triumph for Justice in West Africa 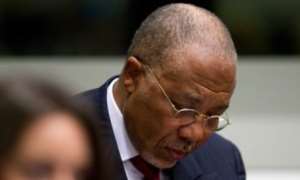 The recent pronouncement of the verdict of the Special Court for Sierra Leone (SCSL) on 26 April 2012 against Charles McArthur Ghankay Taylor (president of Liberia from 1997 – 2003) on 11 counts of offences consisting of acts of terrorism, murder, rape, sexual slavery, outrages upon personal dignity, violence to life, crimes against humanity (other inhumane acts and enslavement), conscripting minors into armed forces and pillage marks a watershed in the annals of international criminal law and international criminal justice.

The reasoning of the SCSL currently surmised in the summary judgement available on its website though not the authoritative version of the judgement which is likely to be released after sentence is pronounced on 30 May 2012. The SCSL verdict chronicles the brutality of Taylor's role in the Sierra Leone civil war from 1997 until the end of hostilities in 2002 effectively also the period of his tenure as President Liberia. Like the trial of Sir Peter Von Hagenbach in 1474 which is considered to be the pioneer international criminal tribunal as well as the international criminal tribunals in Nuremberg and Tokyo after the second world war in 1945, the SCSL as an international criminal court has through this verdict secured justice and dignity for the numerous and countless victims of the conflicts in Sierra Leone and by extension those in Liberia. Furthermore the full judgment when it is eventually released by the court would provide an authoritative account of the roles played by Taylor as well other notorious rebel leaders in Fonday Sankoy and Johnny Koroma during the conflict in Sierra Leone.

Whilst it is somewhat regrettable for the victims and indeed for justice that Taylor was not found guilty of joint criminal enterprise in the commission of the crimes though given the totality of his culpability of these crimes this represents a mere consolation for the defendant. However the account of the atrocities committed by the rebel factions in the conflict in Sierra Leone funded in part through the sale and exploitation of Sierra Leone lucrative diamond trade brings to real life the plot in Leonard Dicaprio's thriller film 'Blood Diamond' – a tragic tale where fiction becomes reality.

The legacy of obtaining justice for the people of Sierra Leone, Liberia in particular and the people of West Africa in general was long overdue because of the suffering brought about by the role of Taylor in the conflict in Sierra Leone. The impact of the wars felt not only in the theatre of conflict but also in the neighbouring countries and countries of West Africa as far as Nigeria where people displaced as a consequence of the conflicts were resettled during and after the period of the conflict.

The enduring faith in justice provides hope that brutal despots and strongmen in Africa would no longer be a position to commit crimes with impunity the scale and gravity like that committed by Taylor. Thus it is sin qua non that collective efforts is made by all countries through their obligations and respect of international law to ensure the execution of warrants issued against Omar Al-Bashir, President of Sudan by the International Criminal Court (ICC) on 4 March 2009 and Saif Al-Islam Gaddafi and Abdullah Al-Senussi (both of Libya) on 27 June 2011 for crimes against humanity. On 18 June 2012 the former president of Côte d'Ivoire Laurent Gbagbo hearing for confirmation of charges is scheduled to start at the ICC. That these leaders like Taylor are brought to face justice and account for their crimes provides not only closure to victims of these conflicts but also closure to the chapter of impunity long associated with African leaders.

Negotiate settlement of Teacher unions’ grievances – NLC to...
17 minutes ago