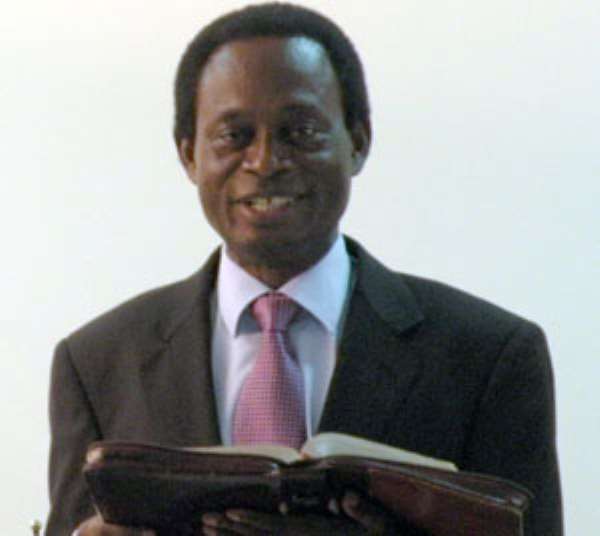 CHAIRMAN OF the Church of Pentecost, Apostle Dr. Opoku Onyinah has called on Ghanaians to devote their daily lives to issues that centre on tolerance, peace and the cordial sharing of ideas.

He made the call during a sermon he preached at the Independence Square in Accra during National Thanksgiving Day under the theme 'Peace, Security and Stability within your borders, Oh Ghana.' (Psalm 122:6-8).

Apostle Onyinah who dwelt on the sub-theme, 'Be an Agent of Peace' (1Samuel 25:23-31) did a critique on the personalities and lines of action of David, Nabal and Abigail as presented in the Holy Scriptures.

The Apostle said each of the three personalities faced challenges in their lifetime saying Nabal used foul language to discredit David and his men after they had done him a great favour by fighting to save his property from rebels.

He explained that Abigail, Nabal's wife through the use of good language counteracted the fury and attempts by David and his men to have their revenge on Nabal for his ingratitude.

'In the case of David, his good work earned him hatred instead of appreciation from the authorities and resulted in him fleeing to seek refuge elsewhere,' he said.

The chairman said in any society when peace, security and stability are threatened, the citizens escape to other places where they can enjoy that peace and stability.

He cited 9/11 in the USA when the World Trade Centre was bombed by some forces as a case of people venting their frustrations the wrong way.

'What people must know is that evil or bad words and actions have negative ripple effects that will go on and haunt them for years,' the man of God warned.

Apostle Dr.Opoku Onyinah called on Ghanaians to endeavor to be the embodiment of tolerance by listening to the views of others and not being too quick to judge others.