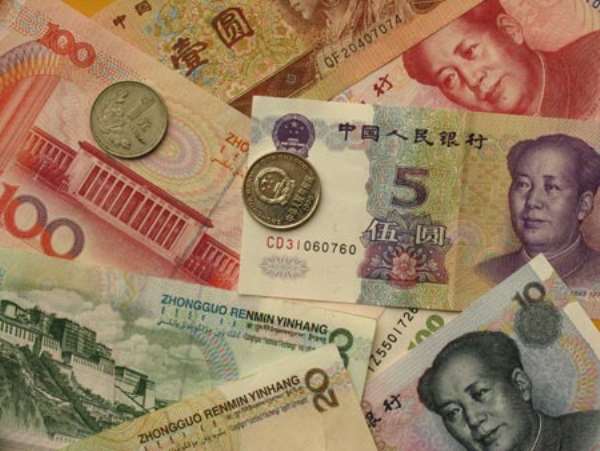 Two weeks on 11th December, I made the argument that Government had no choice than to raise fuel prices. http://thenewghanaian.wordpress.com/2011/12/11/expect-fuel-price-hike-soon/

I also said this would happen after Christmas or in the New Year and I predicted at least a 15% hike. I was spot on. December 29th, Government announced 15% increases in petroleum prices, except for Kerosene and Premix. Both these subsidized fuels are “political fuels” used to stave off the inevitable rebellion by the poor but radical fisher folk.

But leaving Kerosene price intact is a conundrum. There is hardly any kerosene on the market at all, yet large quantities are delivered to the retail stations every week. There is a suspected cartel that purchases the bulk of the kerosene, blends it and offers it to the trucks as a substitute for diesel fuel. It makes a lot of economic sense and takes advantage of Government's subsidy largesse.

It also makes a lot of business sense to the micro “kioskenomics” traders to switch from a commodity that is often scarce and more expensive than renewable Chinese solar lanterns, available on any corner in the night markets. This is the new substitute product and one that has reduced dependency on Kerosene. If government does its analysis properly, it should be subsidizing the Chinese lanterns. Fortunately, they are cheap enough, even though they need to be replaced every month. But it is a ghc15 replacement and it does not make good economic sense to keep the Kerosene subsidy.

Somewhere in Government, someone must have made the impact assessment and decided to take the chance. When you increase fuel prices twice in a year, 30% in January and 15% in December, you must gauge the political fallout in an election year, against the alternative benefit of accelerated infrastructure development and economic advantages to voters.

You could also be faced with such limited choice that you take the “damned if I do and damned if I don't” option and bite the bullet.

After its 5th IMF (International Monetary Fund) review, Government must have accepted the quid pro quo and agreed to remove the subsidies in exchange for the IMF to agree to nonconcessional borrowing. With hindsight, the literature is now clear from IMF press release no. 11/469 issued on 14th December 2011 after the review.

In paragraph 7, the IMF gives a tacit nod for further borrowing.

“The government's plans for scaling up critical infrastructure investments translate into significant financing needs. While the debt sustainability analysis suggests scope for higher non-concessional borrowing, and some of the planned projects promise significant returns, a further strengthening of debt management and project appraisal capacities is critical to keep the debt burden manageable.”

Then in paragraph 8 it makes the condition for fuel price increase and further upward adjustments in the future.

“While energy pricing has improved, decisive action is needed to tackle the reemergence of costly and poorly targeted subsidies on petroleum products. Following an initial increase, maintenance of prices at cost-recovery levels will be essential.”

From this, my interpretation is that Government “sold out” its fuel poverty alleviation safety net in exchange for the Chinese loan. I mentioned this in my previous article and I reiterate that even though Government cannot afford to continue to subsidise fuel at $540million a year, the bigger prize was to secure the $3billion loan. On this score, Social Democracy has taken a backseat for now.

The unanswered question is why kerosene and pre-mix were not adjusted. Questions at stake. Did the IMF bend slightly sideways and allow this Government to keep Kerosene and Pre-mix unscathed? Or has Government not fully made good its promise to lift all subsidies? Or are we going to see a further adjustment in these “social fuels” later in the year?

All indications are that an NPP Government will not turn to the IMF. Could it be that the IMF is willing to look sideways to entrench its protégé?

In its 2012 budget, Government planned ghc1.15billion spend from fifty-two “priority intervention programs”. Of these, fifteen projects could easily be private/public sector arrangements, which would suit Government better and keep its wallet heavier, and some of them need not be supported at all. Cuban Medical Brigade, LESDEP, Sanitation Guards, CDB Loan Matching funds, as examples.

Government's gamble is that it can turn the Chinese $3billion loan into visible infrastructure gains before election fever takes grip. For a risk-averse Minister of Finance such as we have, the decision to give up the subsidies smacks of a political “over-ride”.

It is a Government's prerogative to decide what safety nets it wants to keep, but I am for removing all except absolutely essential safety nets, provided we convert the value of the subsidies into useful projects to encourage economic development.

Time is not on the Government's side. It has at most six months to develop any major program and short of giving out envelopes to citizens, there is very little chance that it can turn this into a political game-changer.

Besides, the Chinese contract is fraught with complicated procedures and the opposition is poised to review the contract and certainly challenge the feasibility and pre-conditions of projects and loan utilization in Parliament.

So the die is cast and the Government has made its choice. The Chinese $3billion facility is now the means to salvage a political future, substituting a major poverty safety net.

Whether the Government can spin this well enough to stay another four-year term will be determined in the first week of December 2012.