Nigeria Must Face Up To Its Criminal Reputation!!! 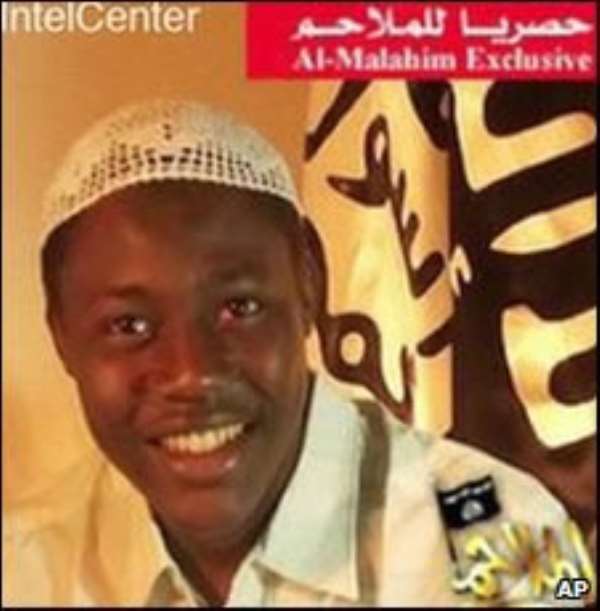 Following the arrest of 23-year-old Mr. Umar Farouk Abdulmutallab on Christmas day, for allegedly attempting to blow up a Northwest Airlines flight originating from Amsterdam and destined for Detroit, Michigan, some Nigerian airport-security operatives were reported to be blaming their Ghanaian counterparts, at Ghana's Kotoka International Airport (KIA), for the criminal suspect's apparent ability to carry some deadly explosive materials onto the American airliner. Such patently outrageous accusation appears to be tenuously based on the fact of Mr. Abdulmutallab's having boarded a Virgin Nigerian plane from Accra to Nigeria just 24 hours prior to the suspect's alleged attempt to blow up Northwest Airlines' Flight 253 in Michigan's airspace (See “Nigerian Bomber: Ghana Replies Nigeria” MyJoyOnline.com 1/2/10). Then also, readers, viewers and listeners around the world were informed of the fact that Mr. Abdulmutallab had, allegedly, purchased his one-way ticket from Lagos, Nigeria, to Amsterdam with a connecting flight to Detroit, Michigan, from a KLM office in the Ghanaian capital of Accra with cash.

The ready suggestion here is that Mr. Abdulmutallab's attempt to purchase an air-travel ticket with cash ought to have raised a red flag in the KLM office in Accra where the alleged purchase was done. Such suggestion is immitigably absurd because on any particular business day, tens of air-travelers are commonly known to purchase their tickets with cash. Besides, stereotypically speaking, flamboyant and ostentatious Nigerians are known to be inordinately prone to exhibiting their financial prowess by, among others, acquiring their air-travel tickets in precisely the manner that Mr. Abdulmutallab allegedly did. Such flamboyant attitude is invariably explained away by the fact of Nigeria being a net exporter of crude oil. Couple the preceding with the fact of the suspect being widely known to have hailed from a wealthy northern Nigerian family, with his father having managed a major financial institution, and any tangible suspicion readily begins to reek of unpardonable absurdity of the highest order. Indeed, such absurdity may even be seen, in some quarters, to morbidly verge on outright envy and jealousy.

Still, the Nigerian accusation regarding the criminal suspect's having purchased his “criminal-agenda ticket” from an Accra-located KLM office, as well as having allegedly boarded a Virgin Nigeria flight from Accra, Ghana, to Lagos, Nigeria, appears to presuppose that, somehow, it was during his temporally unspecified stay in Ghana that Mr. Abdulmutallab was granted the curious opportunity of either concocting or purchasing the lethal materials with which the suspect attempted to blow up Northwest Airlines' Flight 253. (Keep also in mind the fact that for months ahead, the suspect's own father had allegedly notified the United States Embassy in Nigeria about the possibility of 23-year-old Mr. Abdulmutallab indulging in anti-American acts of terror. Also, couple the alleged denial of visa extension to the suspect by Britain, and the major quarters of ultimate responsibility becomes unmistakably clear).

If, indeed, the foregoing observations have validity, then the criminal suspect's “Ghanaian Connection” may be aptly envisaged from two plausible angles. First, Mr. Abdulmutallab must, somehow, have at least one Ghanaian-resident accomplice/operative who facilitated the suspect's ability to readily obtain and assemble the materials with which he allegedly attempted to blow up the 278-passengered Flight 253. And two, if the foregoing observation has validity, and there are tens of thousands of Nigerian-Muslim residents in Ghana, then it stands to reason for counter-terrorism security and intelligence agents, and experts, to begin ferreting for the suspect's possible/potential criminal accomplice(s) from within the Nigerian Muslim community in Ghana. Or could it be that Mr. Abdulmutallab's possible/potential Ghanaian accomplice(s) is/are simply a Muslim(s)?

Well, even if the preceding observations were found to contain an iota of validity, there would still remain one quite difficult problem requiring constructive and intelligent explanation from the Nigerian aviation authorities. And the latter regards the evidently abysmal failure of the Nigerian authorities to promptly and readily uncover the terror-creating materials which Mr. Abdulmutallab might have, supposedly, imported from Ghana into Nigeria.

Another equally significant puzzle in the “Abdulmutallab Saga” regards the fact that not only is it not known the amount of time that the suspect spent in Ghana, the British-educated, half-Yemenite terror suspect is also not known to have maintained any residential address in Ghana, either a temporary or a permanent address. On the other hand, except for temporal stints in Europe (largely in Britain, where he is known to have studied Engineering at the University of London) and Yemen, the reported nationality of his mother, Mr. Abdulmutallab is known to have been born and spent most of his life in Nigeria. Thus any devious attempt by the Nigerian authorities to shift blame for Mr. Abdulmutallab's apparently criminal culpability in the attempted downing of Northwest Airlines' Flight 253, amounts to nothing short of the flagrantly absurd.

We also need to critically examine the unsavory and sanguinary history of Islamic fundamentalism and protracted and perennial acts of “religious violence” in the land and nation in which Mr. Umar Farouk Abdulmutallab was born and raised. In brief, for those (of our readers) who may not be aware, the terror-charged history of the land that produced the “Biafran War” and “Boka Harem” is clearly not one that is in any way inviting to even the most adventurous tourist. And one needs to only peruse the considerable political fare of such major Nigerian, and African, litterateurs as Messrs. Wole Soyinka and Chinua Achebe, particularly their trenchant disappointment and disgust with Islamic fundamentalism in order to fully appreciate the drift of our present argument. In the past, Prof. Achebe has tended to be the more moderate on the sticky question of what at one time was described as “Ayatolla(h)ism.” The latter's relative moderation was largely mediated by what he perceived to be the prevailing socio-economic and political circumstances, largely one that was decidedly skewed against the collective interests and well-being of Third-World peoples, which understandably, but not necessarily agreeably, provoked a violent backlash, from time to time, against the dominant global political structure. And one is almost certain, at least in the case of Prof. Soyinka, that learning about the rather lame attempt by the Nigerian aviation authorities to facilely blame their Ghanaian counterparts, would have elicited no auto-response short of unreserved amusement.

We need to also grievously recognize the fact that in the wake of the September 11, 2001 terror assaults on the World Trade Center (WTC) buildings, right here in New York City, and elsewhere in the United States, some global news organizations, including the New York Times, widely reported the spine-chilling fact of nearly 80-percent of newly-born northern Nigerian Muslim-parented males being festively named “Osama,” after the putative architect of the September 11 apocalypse and Al-Qaeda pontiff.

Generally speaking, in terms of national image, not many levelheaded Nigerians from all walks of life are fond of readily confiding their unreserved pride in their country of birth to their non-Nigerian friends, colleagues and associates. What with “4-1-9” and rampant credit-card scams involving Nigerian-born principals right here in the United States and elsewhere around the globe? Nearly two decades ago, either Time magazine or Newsweek (I forget which) reported in an investigative article, or series of articles, that the most criminal elements among Nigerians resident in the United States also tended to rank among the best educated in the Nigerian community, often with advanced degrees from such flagship academies as Yale, Harvard and Princeton universities.

What is even more disheartening is the fact that rather than honestly and squarely face up to their patently unenviable, collective national profile (or character), some Nigerians have chosen the Biblical primrose path of gratuitously and routinely blaming nationals of West Africa's most democratic and best-governed country. In the wake of the Abdulmutallab affair, for example, a Nigerian pharmacist friend and neighbor that I have known and respected for quite awhile, in a casual conversation, rather luridly claimed that “Nigeria's chronically negative image in the U.S. media largely stems from the fact that at least 75-percent of Ghanaians resident in America possess Nigerian passports. You know how it is easy to bribe officials in Nigeria's Ministry of External Affairs?” he had gushed.

Anyway, since it was a New Year, I decided to politely hold my fire. Indeed, while it may be true that some Ghanaian-born American residents possess Nigerian passports, for me, it takes a Ghanaian pathologically afflicted with an irreparable degree of inferiority complex to crave “UGLY GREEN.” All the same, Happy New Year, wistful neighbor!

*Kwame Okoampa-Ahoofe, Jr., Ph.D., is Associate Professor of English, Journalism and Creative Writing at Nassau Community College of the State University of New York, Garden City. He is also a Governing Board Member of the Accra-based Danquah Institute (DI), the pro-democracy think tank, and the author of 21 books, including his 16th and latest volume of poetry titled “Intimations of Love” (Atumpan Publications/Lulu.com, 2009). E-mail: [email protected]