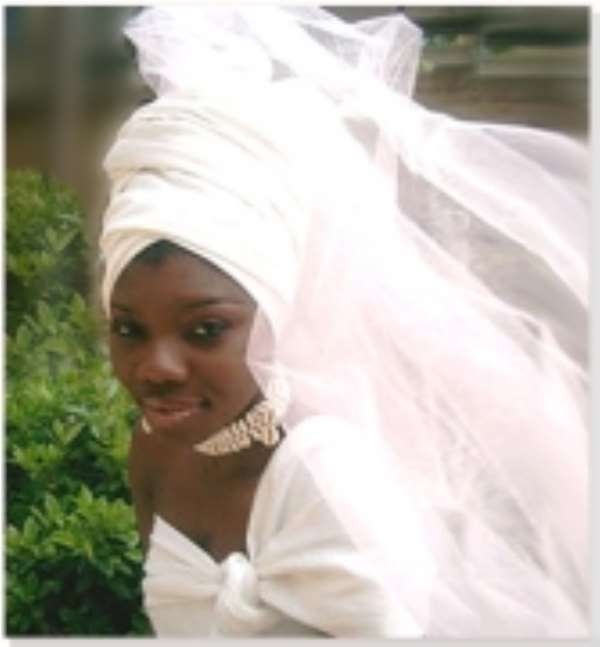 The aphorism that marriage is the only major event that one remembers in life generally holds true, since the other two major events – birth and death – are not recallable by anyone. With the preceding in mind, therefore, many couples, especially the would-be brides, go to great lengths to make their weddings very schmaltzy and quixotic occasions: the flowers, the exoticism of the habiliments, the emotional attachment to the locale (church, mosque, courthouse, family house, et cetera), the mosaic of dishes and drinks, the social standings and affiliations of guests, and the outward “utopianism” of conjugality. Of course, weddings are for the lasses; the financial obligations for the lads! If weddings are events that we crave in our lifetimes, why then do we “destroy” everything by making sure that we leave a trail of bitter memories when these relationships suffer a death knell?

Someone once said that, not only do we give up the independence of mobility when we exchange those ostensibly irrevocable conjugal vows, we also give up the independence of thought. How many times have you heard your spouse say in the last one week alone, “What is on your mind, honey?” Dare to say, “Darling, I need to send some money to my brother in Accra,” and you will likely be greeted with the response, “Are you crazy? You know we cannot afford to provide anyone financial assistance at this time!” Of course, you retort, “Darling, my brother really needs the money to pay for his physiotherapeutic care.” But she reacts, “Well, your brother will just have to wait!” And your timid response? “Okay, whatever you say, dear.” Right there! You just gave up the independence of thought! You have just become Weakling Numero Uno!

Three days later, your wife comes to you with her own request: “Honey,” as she affectionately rubs your nether regions, “my mother needs some cash desperately, as she ought to pay my siblings' school fees. You know, both boys are now enrolled at Adisadel College, Cape Coast.” You vehemently and furiously “scold” her for the daylight “milking” of the family's resources, but your darling is unmoved. For peace to prevail, you acquiesce to her demands, thus rendering yourself weak in her eyes! Emboldened by your “fragility,” she cajoles you every month – and ends up sending money to her relatives more often than is necessary, even while your folks continue to be flattened by the boulders of penury. Arguably, the subjugation of our independence is tied to our need to feel appreciated in a relationship, thus leading to our somewhat quick – and occasionally protracted – accession to our mates' demands. And, by the way, if the cajolery is not effective, expect your wife, or lover, to use the craftiest of weapons: sex!

14 years and 5 children later, your interest in copulation begins to wane. The reasons are as mottled as they are complex: the absence of those important animal desires; sexual boredom due to excessive familiarity; the burgeoning loss of interest in each other's lifelong passions, such as sports, entertainment, travel, and academics; corporeal and psychological exhaustion due to the avalanche of life's burdens and exigencies; and the yoke of the straying eye, which usually leads to the misuse of one's love appendage; just to name a few.

Well, your spouse has just discovered your trysts – perhaps, it happened only once! – and she has subsequently filed for divorce. Your entreaties and supplications – authentic and bogus – do not mollify her rage (Oprah Winfrey has told her to leave even if it happened only once!), and the divorce is finally granted after two years of living in separate abodes. By the way, she has a right to file for divorce, even if the man cheated only once, so I am not advocating that a cheating husband's behavior be tolerated by his wife! What I reject is the deliberate attempt by the woman to humiliate and destroy the man that she once loved!

Of course, were you to appear before a judge who believes that husbands are always at fault when a marriage breaks up – and God forbid if you have no legal representation! – you are likely to face the stiffest of “punishments”: excessive alimony (if you are wealthy), until you die or she remarries; hefty child support; rejection of your request for joint custody of the children, if your spouse's attorney has chthonic traits; and a curtailment of your visitation rights, if her attorney can convince the judge to effect it, among other hypertension-inducing frustrations.

In fact, your prospects of leaving the courtroom unscathed are bleaker if your spouse's attorney was also once a victim of a philandering husband! Talk about a gung-ho mentality! If you have never seen sisterhood on display, you would have done so, under such circumstances! And when your spouse finally decides that she has inflicted enough pain on you, you may be left with nothing but memories enmeshed in the vials of acrimony and resentment.

Of course, if her alimony installments are large, she might go for a man half her age. In effect, she will be “paying” for sex, but will never marry the younger man, which means that you will keep paying alimony for many years to come! Talk about being “disemboweled” with the two-edged sword of vindictiveness!

Someone once said the following: “In order for a marriage to succeed, the man must be willing to be ten times more tolerant than the woman.” The concepts of reciprocity and parity in a marriage are a farce: the woman always has the upper hand in several areas of the union. If the man ever got shoved by his wife, even while she was experiencing a paroxysm of rage, he was not expected to restrain her, or, worse still, shove back, otherwise he could very easily end up behind bars for spousal “abuse!” What about falsely accusing her husband of spousal rape? Men in the U.S.A. are wont to articulate the following: In the eyes of the law, women are at the top of the pyramid of protection, followed by children, pets, and men! Yes, pets receive better legal protection than men!

When you eventually decide to exchange conjugal vows with the love of your life, think through carefully about everything that you are going to have to give up, if the marriage is to survive the rigors of personality differences and overcome the intricacies of human dynamics. Even with the best of intentions, a seemingly happily married man could wake up one day and find himself stung agonizingly by the happiness-stultifying and peace-eroding fangs of divorce, alimony and child support.