Do Directors Of “universal Museums” Ever Learn From Experience? 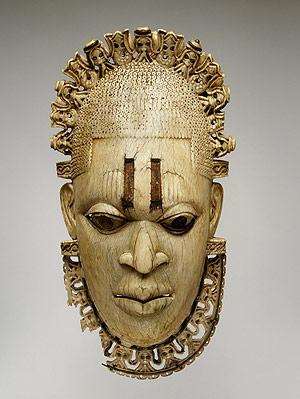 It appears legitimate to question whether the directors of “universal museums” ever learn from experience. When we read the books and articles of James Cuno, Director of the Art Institute of Chicago, Neal MacGregor, Director of the British Museum, and Philippe de Montebello, former Director of the Metropolitan Museum of Art, New York, we cannot escape the conclusion that, as far as restitution is concerned, these directors have not learnt anything from recent history and events. (1) This impression has been confirmed by statements made by Philippe de Montebello at Rockland, Maine, United States. (2)

Montebello, who had spoken about other issues, could not avoid discussing the question of restitution which has been brought again to the forefront by the opening of the New Acropolis Museum and the consequent pressure on the British Museum to return the Parthenon/Elgin Marbles that Lord Elgin caused to be removed from Athens in 1801 to 1812 under dubious circumstances. (3) The comments of the former Director of the Met on restitution were reported as follows:

“he disagrees in general with returning items on a philosophical basis for several reasons. Some countries asking for their artifacts, de Montebello said, such as Italy and Iraq, didn't exist when the items were unearthed in modern times.

At the Met, he added, the artifacts were seen by thousands of visitors each day while some of the items, now in their home countries, are seen by a few hundred a year.

“[What] would it be if, in order to know the art, you always had to go to Greece, to know Mesopotamian art you had to go to [the Middle East]?” de Montebello asked. “What kind of a world would that be?” (4)

Readers may recall that the Metropolitan Museum of Art was at the centre of the scandal involving looting and illegal exportation of Italian artefacts which shook the art world in 2005. The results of Italian threats of legal action forced the following leading American institutions to return several artefacts to Italy: Boston Museum of Fine Arts, The Cleveland Museum of Art, The J. Paul Getty Museum, Malibu, The Metropolitan Museum of Art, New York, and Princeton University Art Museum. (5) A former senior curator of the Paul Getty Museum, Marion True, has been on trial in Italy since 2005 for offences related to illegal dealings in looted Italian artefacts. (6) The general public embarrassment caused by the scandal involving American museums which seemed not to follow any rules regarding the acquisition of cultural artefacts, whether illegally exported or not, caused the Association of American Museums (AAM) to issue in 2008 new guidelines regarding the acquisition of antiquities. (7) The guidelines are intended to oblige American museums to make serious inquiries on the provenance of cultural artefacts and to accept 1970, date of the 1970 UNESCO Convention on the Means of Prohibiting and Preventing the Illicit Import, Export and Transfer of Ownership of Cultural Property, as threshold date for the application of stricter rules regarding acquisition of antiquities. (8)

Many observers would agree that one of the most remarkable features of the museum scene in the past years has been the spate of restitutions that have taken place. In addition to the return of several looted artefacts by five leading American museums to Italy, there have been restitutions to Egypt, Ethiopia, Greece and other countries. (9)

Montebello talks as if all these events never took place. He refuses to accept that countries such as Italy, Greece, Egypt and Nigeria may want back some of their looted cultural objects now in museums in the United States, United Kingdom and Germany. He asks what it would be like if anytime one wanted to know Greek art; one had to go to Greece. He wonders “What kind of a world would that be?”It is rather sad to read such statements from Philippe de Montebello who has been presented in the report as

“the first-ever Director Emeritus of The Metropolitan Museum of Art, was the longest-tenured director of any major art museum in our time. Recognized throughout the world as one of the field's most influential and articulate champions of integrity, authority, education and public access, this revered dean of American museum directors retired in December, 2008, after 32 years as the longest-serving director in the Met's nearly 140-year history.”

Does it mean that after so many years as Director at the Metropolitan Museum, and the experience acquired, Montebello still cannot understand what the whole problem of restitution is about? He still appears not to appreciate why a country such as Italy would want to discourage looting of its cultural artefacts for export to American museums. Is it really difficult to grasp the fact that many countries would need their cultural artefacts? Or does he believe that the artefacts were produced so that others, outside their countries of origin, may acquire them for their museums? Do the various UNESCO and United Nations resolutions and conferences mean absolutely nothing to the former Director of one of the leading museums in “the Western Hemisphere”? (10)

A similar way of thinking was displayed recently by Neil MacGregor. With reference to the question whether the opening of the New Acropolis Museum refutes the British argument that there was no suitable place in Athens for the Parthenon/Elgin Marbles, MacGregor produced a diversionary argument:

“The real question is about how the Greek and British governments can work together so that the sculptures can be seen in China and Africa”. (11)

This statement was clearly intended to displace the issue of returning the Marbles to Athens and to deflect discussions thereon. Implicit in the statement is a vision not readily perceptible but clearly imperialistic; just as the Chinese and the Africans must go to London if they want to see Greek sculpture, so must the Greeks and Chinese go to London if they want to see African sculpture. In other words, London is the place where every thing should be brought and centralized. The British would not only control our cultural artefacts but would also control our vision of the world and determine our place in the arrangement of the cultural universe.

The strange attitudes and reasoning of people like Montebello, Cuno and MacGregor become clear when one takes into consideration their Eurocentric and imperialist view of the world. Even though their words may create the impression that they are “universalists” or “cosmopolitans”, their world begins and ends with New York, Paris, Berlin and London. Accra, Abuja, Bahia, Beijing, Cape Town, Delhi and Nairobi, are no valid orientation points for them. Other places and continents exist only in so far as their material resources may be needed by the Western world. Montebello has put it very succinctly and clearly: “What kind of a world would that be?” Indeed, what kind of world would that be where the Americans and the British interested in Greek art would have to go to Athens or those interested in African art go to Benin City or Bamako? It clearly would not be the world that the directors of the “universal museum” know or consider desirable. It would be a world of equality among States and cultures, with the Western countries not dominating or dictating the course of events. Cultural objects would only be acquired under the framework of conventions such as the 1970 UNESCO Convention.

In short, it would be the end of the pre-eminence which has been attributed to the “universal museums” through the might of the Western countries. That is not the world of Cuno, MacGregor and Philippe de Montebello. They live in their own world. (12)

NOTES
1. James Cuno, Who Owns Antiquity? Princeton University Press, 2008;
Whose Culture? The Promise of Museums and the Debate over Antiquities, Princeton University Press, 2009;
“Where do the great treasures of ancient art belong? http://press.princeton.edu
“Treaty on antiquities hinders access for museums “http://www.sciencnews.org
Neil MacGregor, “The whole world in our hands”, http://www.guardian.co.uk”
“Celebrating the 250th anniversary of the public opening of the

The Metropolitan Museum of Art in New York writes to Afrikanet.info

Kwame Opoku, “DOES THE DEMAND FOR THE RESTITUTION OF STOLEN AFRICAN CULTURAL OBJECTS CONSTITUTE AN OBSTACLE TO THE DISSEMINATION OF KNOWLEDGE ABOUT AFRICAN ARTS? COMMENTS ON A LETTER FROM PHILIPPE DE MONTEBELLO, DIRECTOR, THE METROPOLITAN MUSEUM OF ART, NEW YORK”.

http://www.museum-security.org
David Gill has pointed out that Cuno had not had enough time to respond to the numerous criticisms of Who Owns Antiquity? (2008) before publishing Whose Culture? (2009) http://lootingmatters.blogspot.com

10. The Metropolitan Museum is described in its own press release of 8 January, 2008 http://www.metmuseum.org/press_room/7D as follows:

“The Metropolitan Museum of Art is the largest museum in the Western Hemisphere, and the world's most encyclopedic art museum under one roof. Founded in 1870, its permanent collections, housed in 17 curatorial departments, embrace more than two million works of art spanning 5,000 years of world culture, from prehistory to the present, from every part of the globe, in all artistic media, and at the highest levels of creative excellence.”

11. Kwame Opoku, “The Amazing Director of the British Museum: Gratuitous Insults as Currency of Cultural Diplomacy?”

It is difficult not to agree with the following assessment by Jenifer Neils in her review of Cuno's Who Owns Antiquity? :

Cuno is a museum director whose writ is clearly to defend the acquisition practices of the major western museums in light of increasing pressure to refrain from purchasing objects of dubious or no provenance. The public might be better served by less atavistic museum professionals, ones who could address our changing times and evolving ethical standards and offer creative solutions for the enjoyment of our collective past.