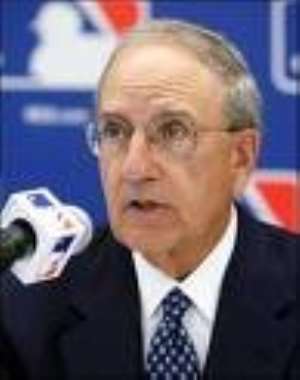 US Middle East envoy George Mitchell and Israeli PM Benjamin Netanyahu say talks about reviving the regional peace process have made "good progress". There was no mention of Israel agreeing to halt settlement construction, a key demand the US has made of its ally.

Mr Netanyahu has previously rejected such a freeze, saying "natural growth" of settlements must be allowed.

Mr Mitchell is one of several senior US officials in the region pushing for a comprehensive Middle East peace deal.

The Palestinians have said all Israeli settlement building on occupied territory must cease before talks can resume.

After a nearly three-hour meeting that was expected to focus on the settlements issue, the men spoke briefly to reporters. There was no mention of settlements.

"We look forward to continuing our discussions to reach a point that we can all move forward to reach a comprehensive peace," he said.

Mr Netanyahu said they were making progress "toward achieving the understanding that will enable us to continue and complete the peace process established between us and Palestinian neighbours and the countries in the entire region".

Relations between the two allies have soured in recent weeks over US demands that the settlement construction halt.

The US is making a major diplomatic push in pursuit of a comprehensive Middle East peace deal.