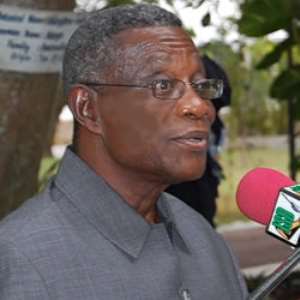 President John Evans Atta Mills has re-affirmed government's commitment to African unity saying he would work with other African leaders to realize the developmental aspirations of the continent.

Addressing the 13th Ordinary Session of the Assembly of Head of States of African Union at Sirte, Libya, President Mills invited African leaders to the centenary celebration of the birth of Osagyefo Dr Kwame Nkrumah, Ghana's First President in September.

About 52 African leaders are attending the three-day summit that would deliberate on investing in agriculture for economic growth and food security.

It would examine the role of AU in the prevention, management and resolution of election disputes and violent conflicts in Africa.

Apart from exploring ways to prevent unconstitutional changes of government and strengthening the capacity of AU to deal with such situations, the summit is expected to focus on the implementation of a decision made during the Ethiopia Summit of AU in February to transform the AU Commission into a new AU Authority.

President Mills eulogised Dr Nkrumah as a great believer in the modernisation of Africa's agriculture.

“Ghana would be privileged if the African Union, Dr Nkrumah laboured day and night to realise will find a way to join the Government and people of Ghana in the celebration,” he said.

President Mills expressed appreciation to African leaders for their role in the success and peaceful Election 2008, describing it as victory for Africa.

"The victory is as much as Africa's as Ghana's. And for this, we wish to thank you. Once again for your support, encouragement and goodwill," President Mills said.

President Mills called for an overhaul of agriculture and adoption of more innovative approach to the management of agriculture in African countries, which required African leaders to take measures to expand the continental market space to overcome external market forces seeking to strangle Africa's development efforts.

The grant would also be used for poverty reduction under the Millennium Development Goals (MDGs).

Mr Louis Michel, Commissioner for the fund signed for the EU, while Alhaji Mohammed Mummuni, Minister for Foreign Affairs, Regional Integration and NEPAD signed for Ghana.

The grant is given to countries pursuing macro-economic reforms based on standards set by the EU and committed to democratic governance.