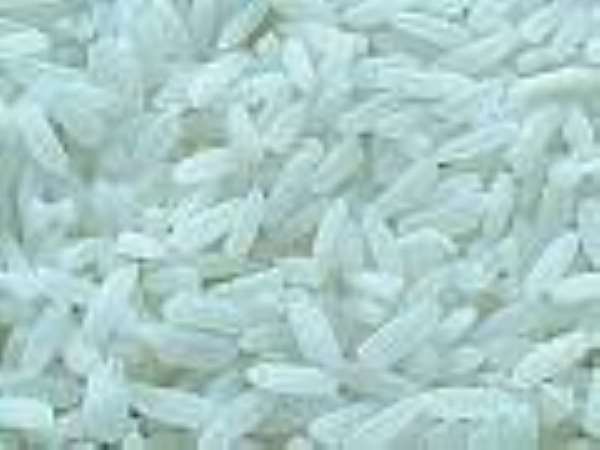 The Aveyime Rice Project which stalled for almost a decade has bounced back to life and is set to introduce good quality home-grown rice on the market in July, this year. Branded the Volta Perfume and the Volta Long Grain Rice, the two categories of rice will be sold in five kilo bags, while bigger bags of 25 kilogrammes and 50 kilogrammes will be made available to schools and other commercial institutions upon request.

Already, harvesting of the first 80 acres started last Wednesday, and is expected to yield 200 tonnes of paddy rice or 140 tonnes of milled rice.

About 80 permanent and 86 casual workers are currently engaged on the project which is expected to cultivate 3,177 acres of land.

The Managing Director of Prairie Volta Limited, Mr. Everret Anderson, told the Daily Graphic last Monday in an interview that the rejuvenated rice project was a success story which proved that Ghana was capable of producing enough food to feed itself.

As 5:00p.m last Monday, a total of 80 acres of commercial harvest had been done to conclude the first phase of the harvesting which began last Wednesday.

Mr. Anderson said the second batch would be harvested in six weeks time, while the third batch is expected to be ready for harvest in six-and-a-half months.

He said on the whole, the harvesting had gone on very well except for some days when it rained and, therefore, led to the harvesting being placed on hold, explaining that harvesting could not be done when the rice was wet.

He expressed optimism that if everything went well, the company would be able to turn out 120 tonnes of rice for the local market.

According to him, an additional 300 acres was almost ready for harvesting, while another 300 acres was just about to be cultivated.

When the Daily Graphic visited the farm on Tuesday June 16, the combined harvesters were busy at work, harvesting the rice and offloading it into a wagon for onward transfer to the factory where they would be stored in silos.

A visit to the Mill House on the premises of the company showed workers busily drying the rice for processing and subsequent storage before bagging it for the market.

Mr. George Oklu, a Research and Development Officer with the company, told the Daily Graphic that they had tested 16 varieties of rice and the results had shown that it was ideal to use shorter varieties with a height of between 80 and 95 centimeters.

In that regard, he said out of the 16 varieties, IR 72 came out as the highest yield followed by Jasmine 85, Presidio and Priscilla in that order.

He said the Jasmine 85, known in local parlance as perfume rice, was currently being harvested and would be available in the market about a month from now.

Mr. Oklu gave the assurance that the rice was of highest quality and would offer Ghanaian consumers a great delicacy. He, therefore, entreated Ghanaians to patronize the staple which would be sold at relatively lower prices.