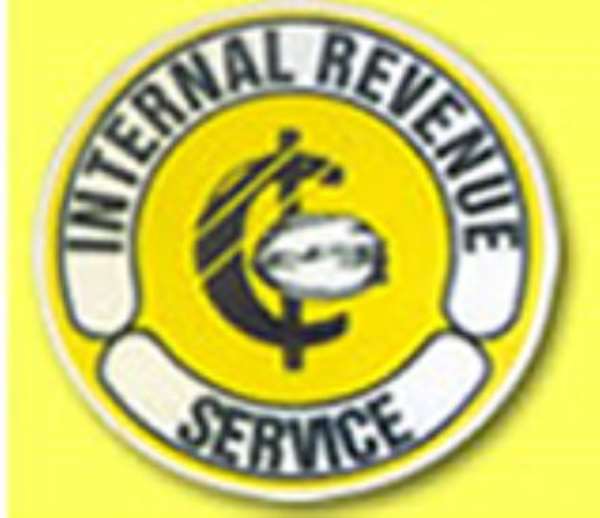 
The Internal Revenue Service will from May 1, 2008, introduce a new method of revenue collection at all entry points where the Ghana Community Net (GC Net) and Ghana Customs Management Software (GCMS) systems operate.

Under the new method, the issuing of income tax receipts would not be operational at the points where the GC Net and GCMS operate. This means the payment points or Banks would issue their online receipt in place of the income tax as is done for Customs, Excise and Preventive Service (CEPS) taxes.

The client would thus make a photocopy of the receipt issued by the bank and submit the original to the tax district as tax credit.

Mr Boakye Yiadom, Chief Inspector of Taxes in charge of operations at the Internal Revenue Service (IRS), said this on Tuesday in Accra, during a day's seminar which was organized by the IRS for Freight Forwarders.

It was under the theme; “Integrating the One Percent Tax Payment into the GCNet System - A Faster Way of Clearing Your Goods and Imports.”

Mr Yiadom said a list of companies and individuals in good standing with the IRS would be fed into the GC Net system and updated periodically, adding that importers on this list would be exempted from the one per cent payment but would be required to produce a valid Tax Clearance Certificate for inspection by the CEPS officials for the clearance of their goods at the ports.

He said for any port to attract vessels and imports in significant quantities, the turnaround time should be low.

“More often than not importers have cited the Internal Revenue Service business process as one of the contributing factors of delays at our entry points,” he said.

He said to correct the situation, an administrative directive was issued in 2001 which allowed first time importers to pay one per cent of the declaration Import Form value of imports as tax on account to clear their goods.

“Unfortunately, both have been subjected to serious abuses. While most regular tax payers have taken refuge under the one per cent payment, ignoring their regular tax obligations, others have resorted to the use of fake tax clearance certificates.”

He said the IRS had decided to adopt the GC Net and GCMS system to minimize fraud and eliminate malpractices associated with the existing arrangement, and improve on the turnaround time for the clearance of goods.

Mr. Yiadom said the move was also to enable the IRS to take advantage of the ICT technology in order to enhance revenue collection.

He said at entry points where the GC Net was not available, the existing system of presenting Tax Clearance Certificates to be vetted by the IRS officers would continue.

Mr. Yiadom said with the take-off of the new system, the IRS staff at the affected entry points would be withdrawn.

He appealed to the Freight Forwarders to lend their maximum co-operation to the new system to make it successful.

Mr. Tannel Atubra, Chairman of the Ghana Institute of Freight Forwarders at the Kotoka International Airport, told the Ghana News Agency in an interview that the new system was very favourable, since the quick and convenient clearance of goods was crucial to importers.

He, however, suggested that the one per cent withholding tax payment be reduced to make payment much easier for importers.