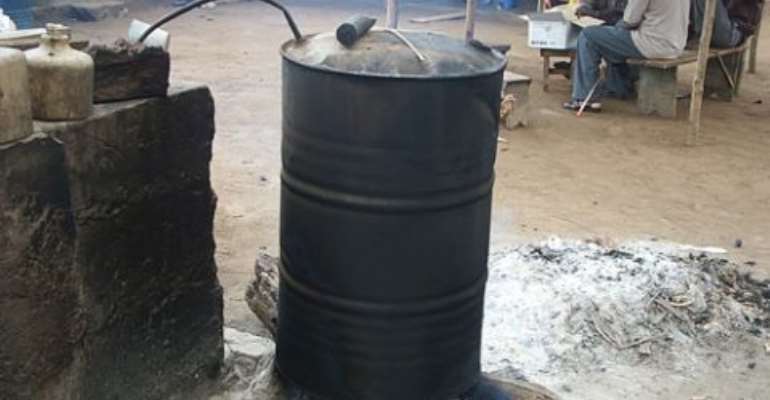 The Techiman Co-operative Distillers and Retailers Union contributed ¢7.618 million as taxes to the Valued Added Tax (VAT) during the 2005/2006 financial year.

Mr Peter Kofi Adjei, Brong-Ahafo Regional Manager of the Union, announced this at the Union's annual general meeting at Techiman.

He said the contribution to the VAT represented the significant role the Union was playing towards national development.

Mr Adjei entreated law enforcement agencies and members of the Union to work in concert to halt the smuggling of Akpeteshie, to help generate enough revenue for government.

He explained that the default in the payment of waybills by smugglers deprived the nation of substantial revenue and warned offenders to desist from the smuggling of the gin.

Madam Susana Amoako Adom, Techiman Manager of the Union, decried the dwindling revenue base of the Union, which she attributed to the emergence of sprinter groups in the Techiman municipality.

She appealed to the Techiman Municipal Assembly to stop issuing Akpeteshie licenses to the public since the Union was the only authority mandated to do so under SMC decree 252.

Mr Apau Konamoah, Regional Co-operatives Development Officer, noted that all members of the Union were guilty of the smuggling of the local gin since they were not doing enough to arrest the worsening situation.

He appealed to the Union to educate members on the negative effects of smuggling in their areas of operation.