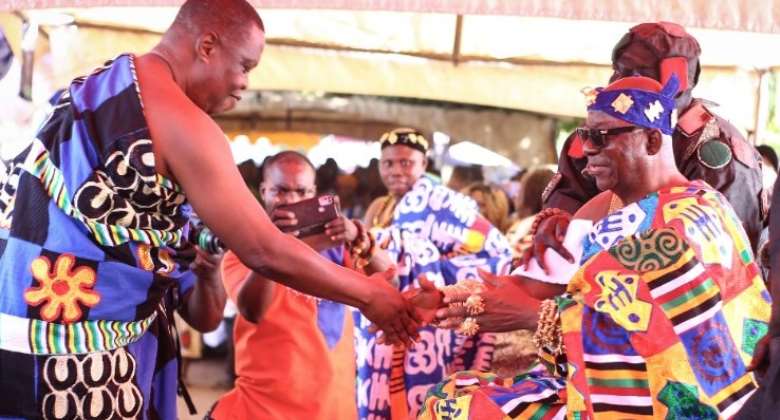 This year’s annual Yam Festival of the chiefs and people of Yeji in the Bono East region has been held with a commitment to raise funds to support infrastructural developments in the area to augment government’s efforts.

Funds raised from the festival would specifically go into the expansion of infrastructural development at the Nurses and Midwifery Training School in the town, which was initiated by the people themselves.

In his address, the Regional Minister congratulated the Omanhene of Yeji Traditional Area, Pimapim Yaw Kagbrese V, and his people for development initiatives and maintenance of peaceful coexistence among themselves.

The minister donated a cash amount of Ghc15,000.00 on behalf of the Regional Co-ordinating Council, the Pru East District Assembly, and the ruling NPP party in the region and the constituency towards the expansion of the hostel facilities at the school.

The occasion was also used to launch the Yeji Youth for Development, a group formed to facilitate the development of the area.

At the swearing-in of the group, both the Omanhene and the Minister admonished the members to delink the group from partisan politics so as to remain focused and achieve their objectives.