A Den Of Thieves Or A Hospital For Lawbreakers? – The Ghanaian Perception About the Prisons Service (2) 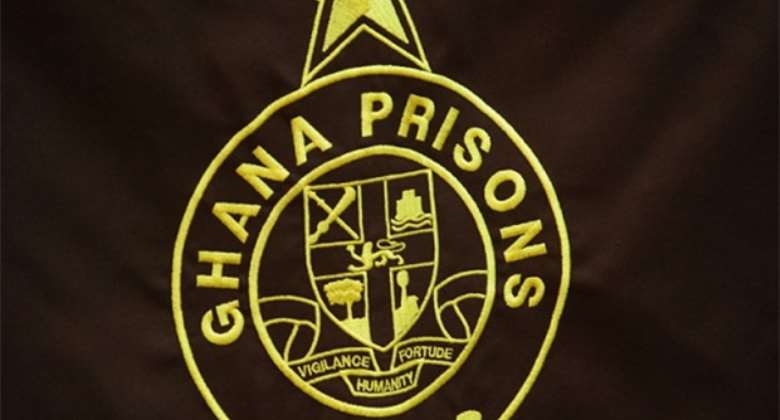 This is the truth, whether reformed or not, most prisoners come back – sometimes sooner than we think. After serving their terms they are reintegrated into society. A key reason why the state in which they return should be of utmost concern to us all. Therefore, if the prison system is to be effective, we must pay closer attention to our prisoners; most especially, to places where they are confined during their period of incarceration and be interested in what happens there.

This is why we must change our perception of the Prisons Service as a “den for criminals” and rather see it as a “hospital for lawbreakers.” We can achieve this by gaining a better understanding of how the prison system works. This way, we would appreciate the role it plays in preserving the peace we enjoy in the country and, ultimately, see the need to resource it.

The Ghana Prisons Service
The Ghana Prisons Service is established by article 205 of the 1992 Constitution of the Republic of Ghana as part of the Criminal Justice System. It contributes to the maintenance of public safety by ensuring the safe custody of criminals convicted by the courts to terms of imprisonment. It has as its motto these three keywords which the service strives to embody: Vigilance, Humanity and Fortitude.

Currently, the Service manages a total number of 44 prison facilities with a total holding capacity of 9,945. They comprise one maximum-security prison (located at Ankaful), one medium-security prison (in Nsawam), seven central prisons, 14 local prisons, seven female prisons and 12 agricultural settlement prison camps. The service also mans a Juvenile facility for under-aged children and a Special facility for convicted persons with disabilities.

The Chief Public Relations Officer of the Ghana Prisons Service, CSP Courage Atsem, revealed in an interview that, these facilities, mostly congested and in deplorable conditions, house over 13,000 inmates including pregnant women, nursing mothers and babies. The facilities are also homes to over 1,600 unconvicted prisoners. Unconvicted prisoners, also known as remand prisoners, are persons undergoing trial for an alleged crime but have not been granted bail.

The corporate mission of the Service, that is, the reason for its existence, is to ensure the safe custody, humane treatment, reformation, rehabilitation and reintegration of these inmates to make them responsible, productive and law-abiding citizens and to foster public safety.

The service exists to guarantee public safety and preserve the peace of society. It does this by ensuring that persons convicted of crimes are taken away from society to maintain peace. While in their custody, prisoners are to be taken care of and provided the best humane conditions to support their reformation, rehabilitation and reintegration process.

The reformation and rehabilitation of prisoners are necessary aspects of the prison system to reduce recidivism (re-offending), where the offender goes back into society and perpetuates more sinister acts that would lead them to be reconvicted. It also ensures the development of the skills of prisoners through vocational training, moral and formal education so that they would become responsible members of society upon their release.

At present, the service is fraught with a myriad of challenges that hamper it from discharging its duties effectively and adequately. Whether or not it can effectively carry out its functions has a direct impact on the maintenance of public safety in the country. This is because when a prison system simply houses inmates and does not reform them, prisons cease to be correctional facilities and become detention camps where potential criminals are groomed. This is why the challenges of the Prisons Service must be viewed as a national security issue and given all the attention it deserves.

Challenges Militating Against Reformation of Prisoners

The challenges facing the Ghana Prisons Service are enormous, mostly interlinked, and require a substantial number of resources to solve. Some of these challenges are as follows:

Poor and Inadequate Infrastructure: In 1850, the country had prison cells in four forts, and these held a maximum of 129 prisoners each. In 1948, there were 29 prison establishments all over the country. Today, there are 44 prisons in the country. Out of this, only a few were purposefully built as prisons. The majority were inherited from businesses or government entities –many dating to colonial times. The Yeji camp prison, for instance, used to be an abandoned clinic; Winneba prison used to be a warehouse dating back to colonial times; Koforidua prison, an armoury from the World War period; the Kumasi prison was built in 1946 and the prison at Kenyasi and Dua Yaw Nkwanta were handed to the Prisons Service by the Ministry of Agriculture. The gift of land at Kenyasi came with a solitary structure which the Service had to secure and eventually expand to house prisoners. This is just to mention a few of the 40 prisons inherited from businesses and other governmental agencies. Some of the Prisons in the northern part of Ghana are even built from mud.

Congestion: The fact that many of Ghana's prisons were not purpose-built is a contributory factor to the acute congestion in the prisons today. Kumasi prison has a maximum holding capacity of not more than 450, but it currently holds 2,500 prisoners. Nsawam prison was initially built to hold about 850 prisoners but currently holds 3,400 inmates. This situation is not uncommon in the other prison establishments around the country. Spatial challenges, as well as a dearth of capacity, inhibit effective classification and treatment programmes — leading to a situation where different categories of prisoners as well as remand prisoners, in many instances, are lumped together in the same space. This lack of effective classification and treatment has the tendency to turn Ghana's prisons into places where less hardened prisoners can receive training in crime by association with more hardened criminals, and upon their release potentially practice their newly acquired skills on society. This is because of the contagious nature of crime. This could be avoided if the service is well resourced. If well resourced, Ghana's prisons can potentially be world-class centres of reformation and rehabilitation — thus fulfilling the legal mandate that set it up.

Poor Feeding: On Friday, May 21, 2021, inmates at the Sekondi Central Prisons in the Western Region staged a protest against what they described as 'the small quantity and poor quality of food' served them daily. The inmates, therefore, boycotted the food served them amidst chanting of war songs in the prison yard. They indicated that they were also human beings and for that matter deserved to be served with quality and delicious food. A prison official in an interview with journalists explained that the government of Ghana for years has been paying GH¢1.80 per inmate for their daily feeding. To add salt to injury, the official further explained that the facility, which has a holding capacity of 400, currently houses more than 600 inmates. “So, you can imagine if we have to feed over 600 inmates with that amount?” he quizzed. Having had enough, the inmates expressed their displeasure about the small quantity and poor quality of their daily food rations and their poor living conditions. The feeding situation is the same in all the other facilities in the country.