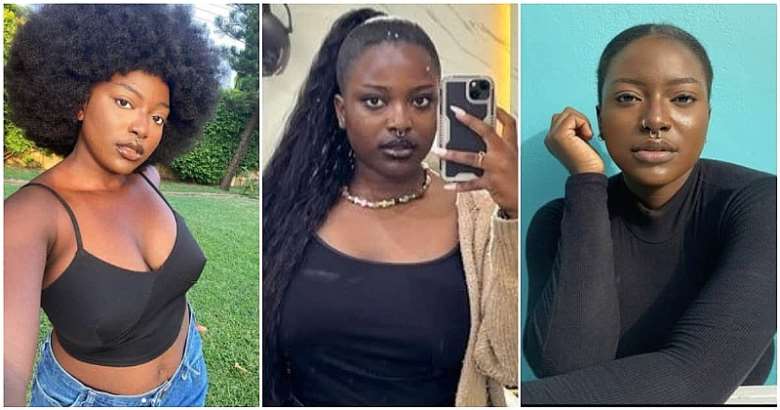 Elorm Ababio, widely known as Ama Governor, a Ghanaian law student, was not called to the Ghanaian Bar yesterday despite her successful completion of the professional law program for allegedly posting nude pictures, piercing her nose and talking loose on social media.

I'm not here to defend her alleged uncouth behavior on social media as I appreciate that morality is highly regarded in our society. My only problem, however, is why wait till the last hour to punish her without recourse to the time, money and energy the young lady invested to fulfill her dream of becoming a lawyer? Six long years in the study of the law, and having duly passed all exams, cannot be suddenly discounted by an alleged claim of moral decadence!

It's true that every profession has its ethics and principles, so is the legal profession, but my question is, was she warned for the first and second times before this draconian action was taken against her? If no, then it is immoral, if not utterly insensitive, to prevent her from becoming a lawyer, be it temporary or permanent.

The rumour is that someone petitioned the General Legal Council, GLC, not to call her to the Ghanaian Bar because she lacks good character, who is this anonymous person? Where is she or he from? What does he or she do?

Of all the problems in this country, is it Ama Governor's lifestyle that is creating unemployment in Ghana? Is she the reason why our economy has broken down? Prices of goods and services are spiraling and the masses are languishing in misery, the so called petitioner didn't petition for a better economy or leadership, he or she petitioned for the downfall of a fellow Ghanaian.

That person must be a hater in disguise! Enemy of progress. Should we subject the moral integrity of our leaders to scrutiny, in fact including the petitioner and the many other people occupying positions of power in this country, how many of them will pass the morality test? What's the difference between corruption and nudity?

Sadly, as a people, we're quick to destroy than correct. Yes, her conduct on social media may not be the best, but what efforts have we made to make her a better person? Have we thought about how the profession could impact her life and that of society moving forward? Ama Governor is definitely an intelligent lady who needs some grooming, just as every young person needs guidance.

But no! Our immediate action is to clamp down on the poor lady. Was she your daughter, sister or family member, would you be happy seeing this happen to her when she hasn't committed any crime or posed a threat to the public?

We should learn to always uplift people, not break them down, using their mistakes against them when we are not perfect ourselves.

I have seen a few of her videos, and all I see is a free spirit who needs some coaching. When the petition got to the GLC, one will expect that they'll call and discuss the issue with her, warn her and allow her to be called to the bar and if she doesn't change moving forward, her licence be revoked.

It's very unfair not to call her to the bar without any prior warnings for her alleged misconduct on social media.

Call Ama Governor to the bar and if she doesn't change her "uncouth behavior" on social media, revoke her license to practice. The hypocrisy is becoming laughable.