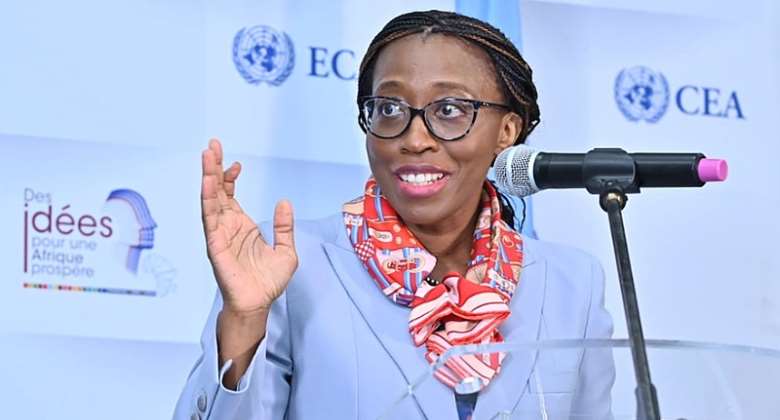 Staff of the Economic Commission for Africa (ECA) as well as high-level representatives of African governments, the African Union, UN agencies, and the diplomatic corps in Ethiopia have celebrated the “trailblazing leadership” of outgoing ECA Executive Secretary and UN Under-Secretary-General, Dr Vera Songwe.

During a farewell event organized at the ECA compound in Addis Ababa, Mr Antonio Pedro, Acting Executive Secretary, highlighted Dr. Songwe’s historical role as the first – and only woman to have led the ECA.

Mr. Pedro noted Dr Songwe’s transformative work at the organization stating, “In the five years of Dr. Songwe’s tenure, the Economic Commission for Africa has strengthened its position as Africa’s voice on the global landscape.”

Reflecting on her time at the ECA, the former Executive Secretary herself, underscored the collaborative nature of her work at the organization.

She said, “it has been an incredible opportunity and learning experience to work with each one of the staff and each one of the partners to tackle challenges that sometimes seemed incredibly insurmountable.” Dr Songwe also noted the joy of being a part of an institution that provides “tangible and measurable support” to African Member States.

Ethiopian State Minister for Political and Economic Diplomacy, Tesfaye Yilma, attested to the former Executive Secretary’s reliable and supportive leadership skills stating, “She has exceptionally steered the work of the ECA in the face of economic and health crises brought on by Covid-19 and other global challenges and suggested a way out.”

They all lauded Dr Songwe’s leadership and expressed hope that she will continue playing an active role in helping Africa achieve its growth agenda.

Dr Songwe also played a role in negotiating the Black Sea Grain Initiative, a deal to reintegrate Ukrainian grain, other foodstuffs and fertilizers back into the global markets.

The former UN Under-Secretary-General was also praised by the dean of the diplomatic corps in Ethiopia; the Bureau of the Conference of African Ministers of Finance, Planning and Economic Development Minister; and several private sector leaders who all lauded her collaborative leadership and steadfastness.

Dr Morsy underscored the former Executive Secretary’s trailblazing leadership to the ECA and continent, stating “you are a purpose-focused leader, capable of choosing your own path and knowing how to strategically move from vision to execution.”

Ms. Songwe stepped down on 1 September 2022 after five years of dedicated service to the ECA and Africa.

Why go to the IMF when SSNIT can give you the money you need...
28 minutes ago

Northern Ghana is underdeveloped because of underinvestment ...
56 minutes ago