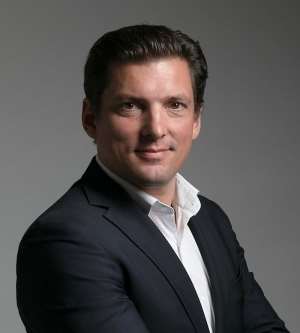 Telecel Group, headed by French tycoon Hugues Mulliez, said it’s in talks with Ghanaian authorities to get approvals for a deal to buy Vodafone Group Plc’s operations in the West African country in an all-cash deal.

The company said in a statement on Wednesday it’s signed a sales agreement with Vodafone for its operations in Ghana, as the British telecommunications giant looks to refocus on key markets. It hasn’t received approvals for the deal yet.

The tycoon, who’s a shareholder in the Association Familiale Mulliez -- owner of French retailers including Decathlon and Leroy Merlin -- will fund the acquisition with Telecel’s partners. The potential sale of Vodafone Ghana’s towers aren’t being considered as part of the deal funding.

Telecel plans to spend about $500 million in the first three years to expand and refinance Vodafone’s network across the country.

Vodafone entered Ghana in 2008, when it paid the government $900 million for 70% of Ghana Telecommunications Co. The state retains a 30% holding in the business.