What happened to TESCON was wrong; I’ll plead with new executives to structure properly — Ken Agyapong 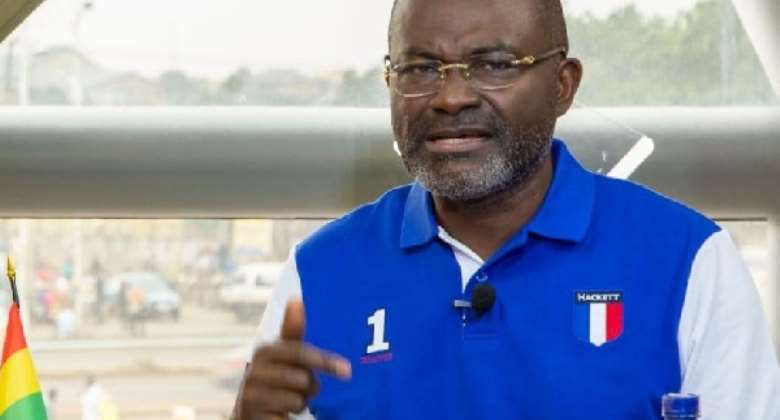 Member of Parliament for Assin Central, Kennedy Ohene Agyapong, has said the treatment meted out to TESCON members at the NPP National Delegates Conference was completely wrong.

According to him, TESCON is an important wing of the NPP and should be treated with respect.

Speaking on Accra based Oman FM on July 18, he indicated that, upon enquiries from some leaders in the party he found out that their exclusion had to do with their structuring and misrepresentation of some names.

He stressed that the new leadership of the party should ensure the issues with TESCON are addressed.

“The TESCON members did not come to me, but I think what happened with them was wrong. I will plead with the new executives to structure properly. After the voting, I went to ask some leaders about the exact situation with TESCON and I was told there have to be some changes with their bye-laws.

“I asked Sammy Awuku and he stated it emphatically that, the TESCON Presidents of the various schools were the ones supposed to come and vote, but there were issues with names. There was a girl who had an exam to write, but she came prepared to vote so when someone like that is not allowed to exercise their right to vote I think it’s worrying.

“I’ll plead with new executives to ensure that TESCON is well structured because it is out of its members that today, some are Ministers. Honorable Asenso, Annoh Dompreh, they were all TESCON members,” he stressed.

He pled with TESCON members to await an invitation from him on the matter.

“Indeed what happened was not right, but I’ll plead with TESCON to forgive. I will invite them myself, wherever they invite me I will go so we have a conversation on unity and the pain caused them. I was speaking to one member who shared with me that even they were being mocked by TEIN as being used and dumped by the NPP,” he intimated.

He added that TESCON members worked hard for the NPP and in the wake of the injunction they should have been informed beforehand so they don’t waste time travelling from far to attend the event.

On July 16, Chairman of the NPPs Election Committee, Peter Mac Manu announced that some 291 members of the Tertiary Students Confederacy (TESCON), the student wing of the NPP will not vote in the party’s National Delegates Conference that took place at the Accra Sports Stadium.

He said an injunction had been slapped on them.

TESCON in protest of the treatment meted out to them have suspended all activities on campuses.