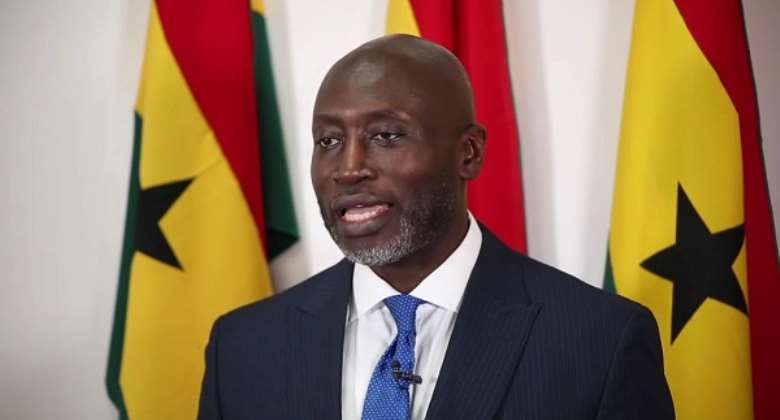 A disqualified Independent Presidential aspirant in the 2020 general elections, Kofi Koranteng has urged Ghanaians to rubbish the claims by government officials that the current economic hardship being experienced in the country is caused by the Covid-19 pandemic and the Russia-Ukraine conflict.

Addressing a press conference in Accra on Tuesday, July 12, the former Chief Executive Officer (CEO) of the Progressive Alliance Movement said contrary to the claims by the government, Ghana is in its current state because of the bunch of what he describes as clueless officials occupying various government positions.

“Ghana struggling because there are a bunch of clueless position holders who we have mistakenly gotten them into power and they are making all these decisions. Don’t buy that nonsense, that narrative that Covid brought us to where we are. It’s never like that,” Kofi Koranteng told journalists.

He added that the failure of the ruling New Patriotic Party (NPP) to improve the country’s net export, boost its reserve, and improve productivity is what has forced President Akufo-Addo to seek a bailout from the International Monetary Fund (IMF).

Sharing his thoughts on the way forward for Ghana which is saddled with debt of over GHS400 billion, Mr Koranteng proposes that there should be a significant cut on the size of government.

He stressed that when given the mandate in the 2024 general elections, he will cut the size of Ministers in the country, trim the number of Parliamentarians to a maximum of 40 and reduce the number of regions from 16 to 10.

“The over 100 Ministers that we have what are they doing? What do they bring to Ghana? They don’t bring anything to Ghana. Ghana has to cut down on its expenses. The biggest thing that is hurting Ghana now is that Ghana is wasteful. The second thing is to address corruption. We must pluck the leaks and we must also offload. The government is too huge. What are the over 120 ministers doing for Ghana? We have 275 parliamentarians. What do they do? We have to cut them down to 64. That’s our proposal. Four per region. We can have 40 MPs when we roll back to having 10 regions because it doesn’t make any sense to have 16 regions.

“We are going to cut down on government big time. There is only one way Ghana has to go. We have to have a national development plan. We can’t have 275 MPs. That’s a waste of resources. We need to cut down and put the money into agriculture,” Kofi Koranteng emphasised.

Ahead of the 2024 general elections, the former Chief Executive Officer of the Progressive Alliance Movement who was disqualified from the 2020 elections is preparing the grounds to contest for president.