What Is A Cathedral? 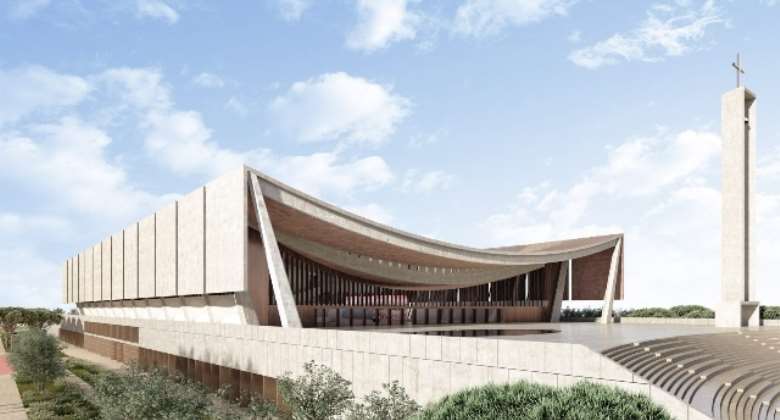 IT IS not needless to revisit the raging issue of the National Cathedral being built in the capital of Ghana. I wrote about it in December 2018 under the heading, “Does Jesus Build A Cathedral?” As a Ghanaian by birth and nationality, I have the constitutional right to continue to express my candid views about the project without fear or favour.

President Akufo Addo said he promised to build the 5000-seater cathedral as a gesture of thanksgiving to God for His blessings, favour, grace and mercies on Ghana. It is estimated to cost $100 million. Consequently, he has made a personal donation of GHȼ100,000 towards the fulfilment of the promise which he made prior to becoming President.

God is a builder. The Bible points out that Abraham, the father of faith, looked for a city which had foundations, whose builder and maker was God (Hebrews 11:10). Great men are builders too. In the Old Testament, we read about Noah building an ark, and Solomon building a temple. In the New Testament, Jesus Christ places greater emphasis on building His Church.

It is interesting to learn that Scriptures make it clear that God was directly involved in the discussions concerning the projects that the men mentioned above were led to build. Now, it is not clear if God is also directly involved in the decisions regarding the cathedrals being built around the world including Ghana's. There are great cathedrals in most European countries and the United States of America being used for religious and economic purposes.

However, it is surprising how in the era of so-called enlightenment, many Christians, including those who are educated, do not understand religious terms which are always on their lips. Few know, for example, that biblically the word “church” derived from the Greek word, “ekklesia” or “ecclesia”, does not refer to a place but a people who constitute the elect of God or community of Christian believers.

The meaning of ecclesia is different from another Greek word “Kyriakon” which means the Lord's house. From this word comes the English word church like the Scottish “kirk” and the German “kirche.” However, both words, ecclesia and kyriakon mean the same in application under the New Testament.

We know that under the Old Testament, the Lord’s house, the house of God or the house of the Lord, referred to the tabernacle or temple which was built with materials such as wood, stone, gold, silver, bronze and others. It was called the house of the Lord obviously because it housed the Ark of the Covenant in which the presence of God dwelt.

However, the New Testament saints, led by the early apostles, understood the word church (ecclesia) to be royal priesthood, chosen generation, holy nation of Jesus Christ and not a place of worship. In other words, the bodies of true Christians are the sanctuary of the Holy Spirit; He lives within them. This means the body of the Christian is the house of God under the New Covenant which must be kept pure, holy and righteous to honour God.

Thus, Paul reminded the Corinthian believers saying, “Or do you not know that your body is a temple of the Holy Spirit within you, whom you have from God? … So glorify God in your body” (1 Corinthians 6:19). Again, Paul wrote in his second letter to the believers in Corinth, “What agreement has the temple of God with idols? For we are the temple of the living God; as God said, “I will make my dwelling among them and walk among them, and I will be their God, and they shall be my people” (2 Corinthians 6:16).

You can see that under the New Covenant, the Lord’s house, the temple of God (kyriakon), which is the English word “church”, actually points to Christians, followers of Christ, who are human beings and not buildings constructed with concrete, wood, nails, iron rods and roofing sheets. Thus, it is scripturally incorrect for Christians to say they go to church or they are going to church because they themselves are the church.

Now, what about the words, “temple” and “cathedral”? Many do not understand them etymologically. We know from the biblical point of view that, Solomon built a temple, but not cathedral. The fact is that a cathedral is not the same as a temple. The English word “temple” according to the Merriam-Webster Dictionary, is derived from the Latin word, “templum” meaning “…sacred precinct, building consecrated to a deity,” of uncertain origin”.

Does it mean President Akufo Addo is just supervising the construction of a national building in which the throne or seat of a bishop will be placed? Certainly not! The word cathedral has also come to be understood as a very large and important building for Christian worship. It has been said that Ghana's National Cathedral, when completed, will be used for many religious and touristic purposes.

It has been pointed out that the cathedral will generate enormous economic benefits in Ghana and surpass returns from investments on national sports stadia. But the project is without controversies as many Ghanaians consider it as a misplaced priority, considering the prevailing harsh economic conditions Ghanaians are facing today.