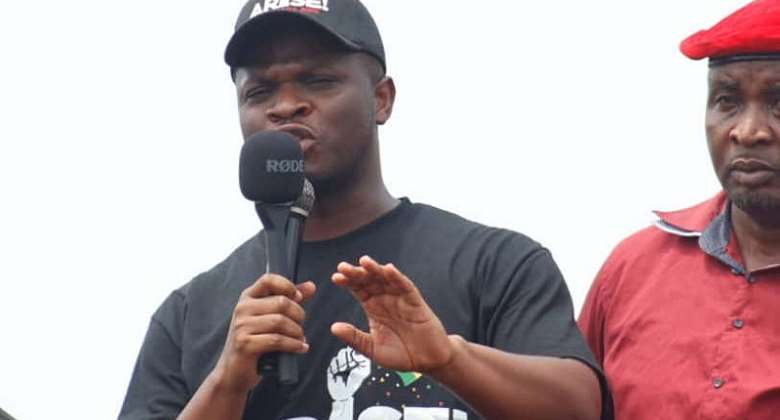 He noted that the levy was just another means by the Akufo-Addo government to rob the already suffering Ghanaians of their hard-earned money.

Sammy Gyamfi, who is the National Communications Director of the opposition National Democratic Congress (NDC) indicated that Ghanaians don't care about how government seeks to rescue the situation.

He noted that whether from the "IMF or Afghanistan” all Ghanaians want to see is a better standard of living in the country.

“We are tired of paying the e-levy, it is not a tax it is thievery. We don’t care whether the government will go to IMF or will go to Afghanistan,” he noted.

According to him, the E-levy must be repealed indicating that citizens cannot continue to pay till the next election.

Delivering his closing address, Sammy Gyamfi asserted that they will not rest until the president address their demands.

He noted that a date will be announced for the next demonstration.

Deadline for debt exchange programme may be extended again –...
23 minutes ago