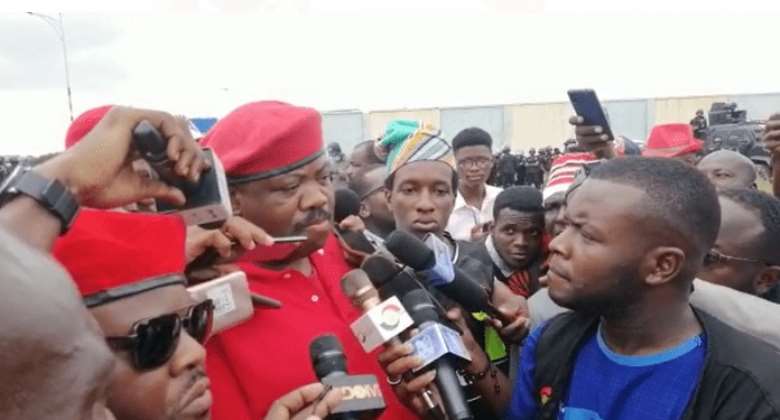 It is unclear what motivated him but it could be because of the scary scenes he witnessed on day one of the demonstration when Police used tear gas and water cannons to disperse the protesting crowd that pelted stones at officers.

With the Police spotting Joshua Akamba with his gun, he has been advised against wielding the weapon for the march.

“The Police have spotted a demonstrator, Joshua Akamba with a weapon among the crowd of demonstrators gathered around the El-Wak Stadium, today, 29th June 2022.

“He was duly advised by the Police to put the weapon away after his attention was drawn to the illegality associated with such an act. He was also urged to notify other demonstrators to desist from carrying offensive weapons during the demonstration,” parts of a Police statement on Facebook have said.

Checks have confirmed that after the engagement with the Police, Joshua Akamba surrendered his gun before proceeding to march with the protesters.

Meanwhile, the Ghana Police Service has cautioned individuals who intend to foment trouble to desist from such unlawful conduct as they will take all necessary professionally driven measures to enforce the law and protect life and property.