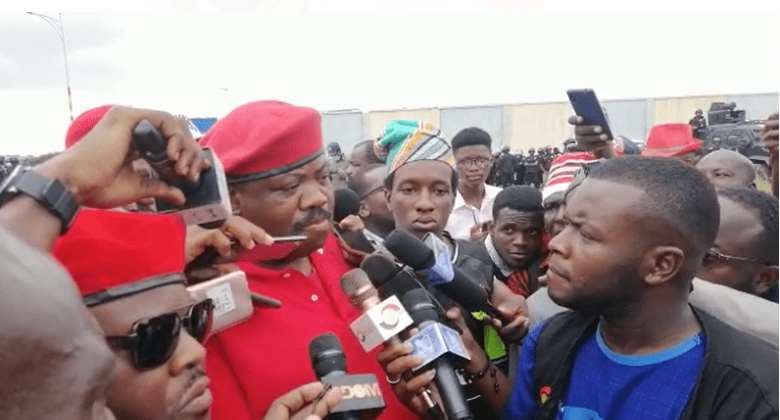 The National Organizer of NDC, Joshua Hamidu Akamba, has said no law prevents anyone from carrying a licenced weapon during a demonstration.

According to him, the Arise Ghana group cannot be intimidated by the actions of the Police to deter them from expressing their grievances.

He disclosed this during day 2 of the Arise Ghana demonstration held from El Wak Sports stadium.

"No law prevents us from carrying a licenced weapon on a demonstration for my protection," Joshua Akamba exclusively told the media during the demonstration.

“People are asking why we wanted to do a night demonstration, that is because some Ghanaians who are also suffering as a result of the hardships in the country confided in us that they can only be available in the evening," he stated.

Supporters of the pressure group, Arise Ghana gathered at the El Wak Sports Stadium for the second day of their planned protest.

The group wants to register its displeasure at what it describes as worsening economic conditions in the country.

On Tuesday, Arise Ghana carried out its first demonstration.

However, the peaceful demonstration turned chaotic as police and protestors exchanged stones and teargas during a standoff in the afternoon.

Deadline for debt exchange programme may be extended again –...
41 minutes ago