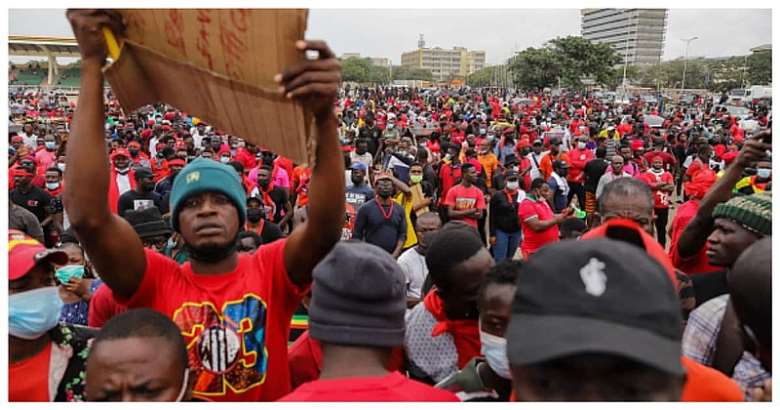 The organisers of the Arise Ghana demonstration are set to drag the Ghana Police Service to court over the violent incident witnessed on day one of the ‘krom ay3 hye’ demonstration.

Several Ghanaians converged at the Obra Spot at Circle on Tuesday, June 28, 2022, to participate in the Arise Ghana demonstration.

Unfortunately, what was to be a peaceful protest against the hardships in the country ended in chaos as Police fired tear gas, water cannons and rubber buttlets in retaliation to stones pelted by some of the protesters.

Subsequently, on Tuesday night, the Ghana Police Service issued a press release indicating that the organisers of the demonstration will be arrested and put before court.

“..the organisers of the demonstration will be arrested and put before court for the attacks and damage to public property, in line with the provisions of Section 3 of the Public Order Act, (Act 491),” parts of a police statement signed by Chief Superintendent Grace Ansah-Akrofi said.

Reacting to the Police statement today, Joshua Akamba who is a leading member of Arise Ghana has stressed that the leadership of the group will not be intimidated.

According to him, the group is also ready and will press charges against the Police over what happened during the demonstration.

“Tell them that we are not afraid of their intimidation. Nkrumah came out of jail and became president we will rescue this country,” Joshua Akamba told TV3 in an interview.

Meanwhile, another member of the new group, Bernard Mornah has disclosed that Arise Ghana leaders are ready to honour invitations from the Police.