Prof. John Gatsi writes: Christian Council joined the tempted to use the heritage fund to finance the national cathedral 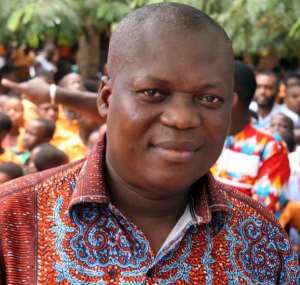 The Christian Council sparingly speak on national interest issues and when the Council does , it is taken with seriousness and sometimes shape the discourse. That is why alternative opinions should be expressed to generate a healthy debate on the use of the heritage fund.

It is a time-tested principle that when engaging in the construction of extraordinary project such as the National Cathedral, the principles of prior financial and other resource planning are considered to avoid inadequate resources and abandonment of projects as penned in the book of Luke.

Luke 14:28 “ For which of you, intending to build a tower, does not first sit down to count the cost , whether he has enough to finish “.

The other issue that the Christian Council should appreciate is that the Petroleum Revenue Management Act does not permit the use of the heritage fund until after fifteen (15)years from 2011. However, the law allows for parliamentary resolution after 2026 to use part of the accumulated interest on the heritage fund to finance development infrastructure. Any suggestion to use the heritage fund is illegal and not acceptable. Act 815 simply does not allow such calls.

It is however, important to start a healthy debate about splitting the investment of the heritage fund into investment in fixed income securities outside the country and investment in strategic self-financing infrastructure in Ghana. It could be 40% investment in Ghana and 60% outside Ghana which still preserves and contributes to the reserves.

Record-breaking African teams bounce back from 2018 disappoi...
19 minutes ago