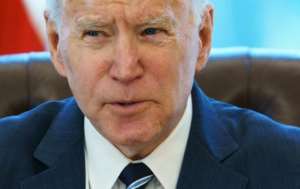 The artfully controversial and evidently, deliberately, provocative CEO of Tesla and SpaceX, Elon Musk, has two new, bigger targets: the President of the United States America, Joe Biden and the Democratic party.

In the second week of May 2022, on the “All In” podcast, Musk made critical comments about the President’s focus, direction and agenda: “It’s hard to tell what Biden is doing, to be totally frank.”

Musk, the richest person in the world, is known for being blunt and non-diplomatic in his opinion or assessment of anyone or issue. Although he has been wrong on a number of issues in the past, the recent past.

From all the latest opinion polls, local and national data indicate millions of Americans seem to share some of the concerns of Musk.

According to NBC News: “Americans are dinging the president on inflation, the economy and border security, as they have been for much of his presidency. Only 37 percent of Americans view Biden

in a positive light, according to the poll, which shows his favorability rating hovers around the same percentage currently as former President Trump’s…. 59 percent of Americans approve of Biden’s handling of the coronavirus, where the president has consistently earned the best marks.

But only 33 percent of Americans approve of his handling of the economy, and only 23 percent approve of his handling of inflation and the cost of living, two issues that are likely to be among the most important at the ballot box in November. Gas prices have surged to record highs this year, topping an average national price of $4.47 per gallon, while prices at grocery stores have also seen steep increases. Last week, reports of a shortage of baby formula triggered another round of anguish among American families.”

Some polling data also reflect Biden and his Democratic party support base are not entirely on the same page — as evident in the University of Massachusetts (UMass Amherst) poll.

Tatishe Nteta, associate professor of political science at UMass Amherst and director of the poll makes the important point that “The president’s sinking approval rating among his most loyal constituencies, most notably people of color, young Americans and even Democrats must be ringing alarm bells in the White House.”

I think that, realistically, for Biden, the Democrats looking ahead to the coming mid-term elections and former President Trump lurking in the background and actively organizing, planning and mobilizing towards another run for the presidency of the United States of America, it is not a joking matter!

Regardless of what President Biden and the Democrats think of the South African-born mogul who is worth at least $290 billion, they should pay some attention to this next, cautionary insight from Prof. Nteta: “If Biden hopes to remain in the White House, he will have to shore up the support among his base or risk potentially becoming another name on the list of one-term presidents.” Especially, with the economic issues and inflation impacting everyone; almost everyone. Last I forget, what about the baby formula scarcity and high cost of getting a few?

I know the elections are not holding tomorrow but they will be here soon.

*Dr. Chido Nwangwu, the author of the forthcoming 2022 book, MLK, Mandela & Achebe: Power, Leadership and Identity, is Founder & Publisher of the first African-owned, U.S-based newspaper on the internet, USAfricaonline.com, and established USAfrica in 1992 in Houston. He has appeared as analyst on CNN, SKYnews, Aljazeera, VOA, BET news, SABC. He served as an adviser on Africa business to Houston’s former Mayor Lee Brown. Follow Chido on Twitter @Chido247