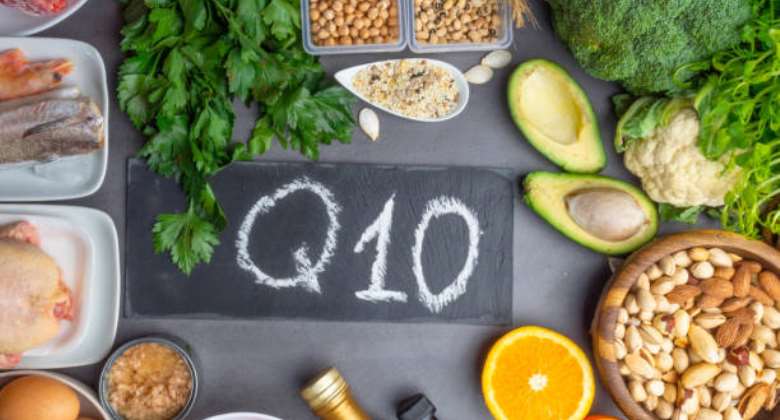 Heart failure (HF) is a public health issue of global importance. In Ghana, a study by Amoah and Kallen (2000) revealed that the main causes of heart failure were hypertension (21.3%), rheumatic heart disease (20.1%), and cardiomyopathy (16.8%). Additionally, congenital heart disease and coronary artery disease accounted for 9.8 and 10% of cases respectively.

Another study by Bosu (2010) also revealed that between 1988 and 2007, the number of reported new cases of hypertension in the country’s outpatient public health facilities increased by more than 1,000 percent. Interestingly, the World Health Organization (WHO) predicted that there would be nearly 20 million cardiovascular disease (CVD) related deaths globally by the year 2015.

Fast forward, Owusu and Adu-Boakye (2013) found a high prevalence of heart failure (about 76%), which supports the fact that HF is a major contributor to cardiovascular related mortality. Due to this burden, a recent study by Sanuade et al., (2021) advocates for health education programs to promote practical knowledge on CVD symptoms, risks and treatment. 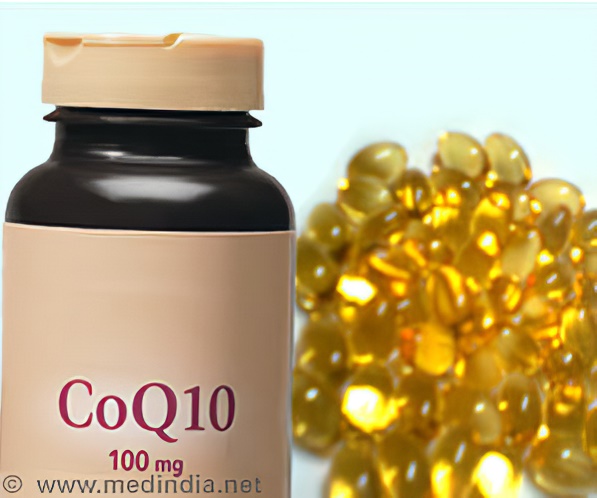 CoQ10 is a vital nutrient which works like an antioxidant in the body. In its active form, it is called Ubiquinone or Ubiquinol. CoQ10 is found in the human body particularly in the heart, liver, kidneys and pancreas. It is stored in the mitochondria of your cells, often called the cells’ “powerhouse,” which is why it is involved in energy production.

There are two types of CoQ10: ubiquinone and ubiquinol. Ubiquinol is the active form that your body makes from ubiquinone. Your levels of both forms drop as early as your twenties, and your body loses the ability to make more. 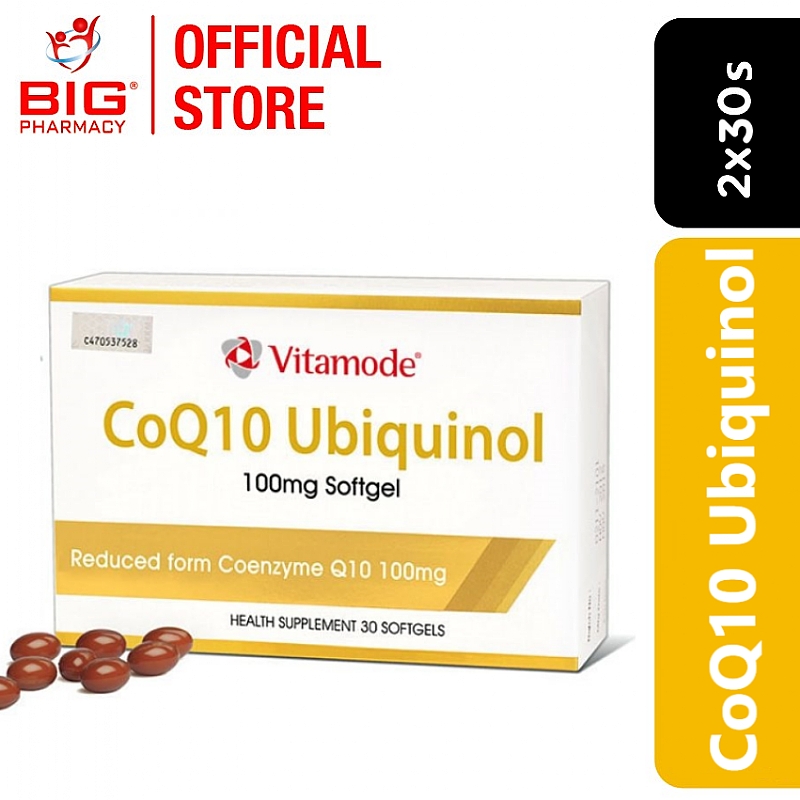 CoQ10 is synthesized naturally within the body and is used for important functions such as supplying the cells with energy, transporting electrons and regulating blood pressure levels. As a “coenzyme,” CoQ10 also helps other enzymes to work properly. The reason it is not considered a “vitamin” is because all animals, including humans, can make small amounts of coenzymes on their own, even without the help of food. While the human body makes some CoQ10, CoQ10 supplements are also available in various forms; including capsules, tablets and IVs; for people who have low levels and can benefit from these supplements. 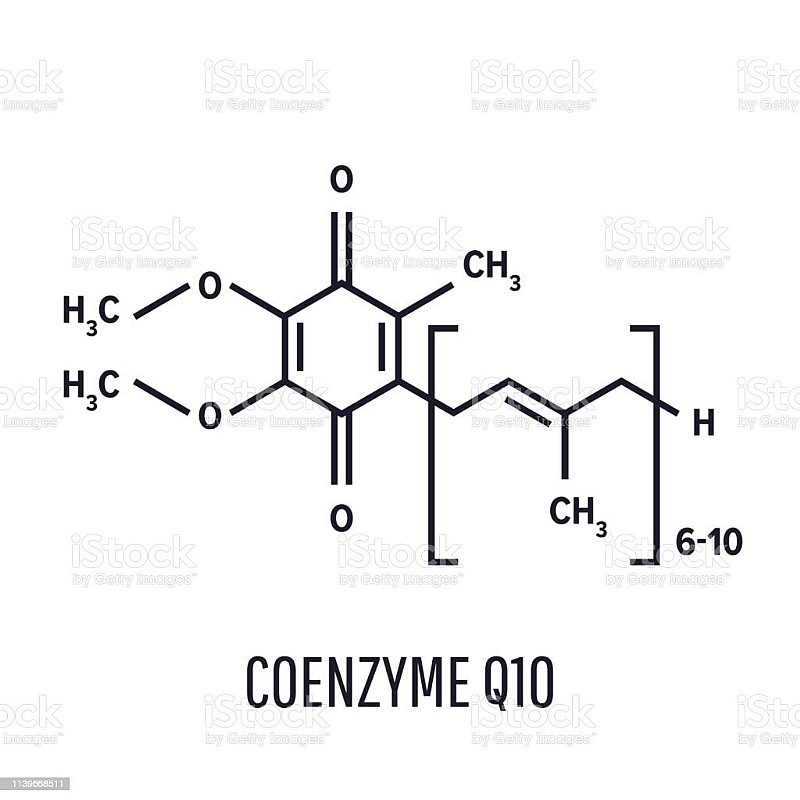 Recently, I chanced on a health program on one of the Television channels, where one Medical Doctor who specializes in urology kicked against marketing of nutritional supplements. He argued that, once you eat well, there is no need to take supplements. In fact, according to him, he doesn’t prescribe supplements. He could be right; but he lacks the understanding on natural ingredients. This is just a case of academic arrogance. For instance, though the body has the ability to make some CoQ10 on its own, CoQ10 production naturally declines as we age; just when we need our cells to help defend us most. This decline is most apparent in people over the age of 40, particularly those taking statin drugs. It has also been found that people with diabetes, cancer and congestive heart failure tend to have decreased plasma levels of coenzyme Q10, although the age-related drop in CoQ10 levels isn’t medically defined as a “deficiency.” In a study by Oregon State University, natural synthesis of CoQ10, plus dietary intake, seemed to provide sufficient amounts to help prevent a CoQ10 deficiency in healthy people.

Vaduganathan et al., (2015) study found that some treatments for heart failure have undesirable side effects, such as low blood pressure, while others could even further reduce CoQ10 levels. In another study by Mortensen et al., (2014) involving 420 people with heart failure, treatment with CoQ10 for two years improved their symptoms and reduced their risk of dying from heart problems. Another retrospective study was conducted by Morisco et al., (1993) which involved 641 people using CoQ10 or a placebo for a year. The researchers found that the CoQ10 group had been hospitalized less frequently for worsening heart failure and had fewer serious complications.

A prospective study by DiNicolantonio et al., (2015) found that managing patients with CoQ10 support reinstated optimal levels of energy production, reduced oxidative damage and improved heart function, all of which can aid the treatment of heart failure. This means that CoQ10 has strong potential for prevention and treatment of heart ailments.

For those on pharmaceutical drugs such as statins, CoQ10 supplementation may be useful, as it deals with the side effects. Statins are used to reduce an enzyme in the liver that not only decreases the production of cholesterol, but also further lowers the natural production of CoQ10. This notwithstanding, a study by Marcoff and Thompson (2007) found that there is no evidence to prescribe CoQ10 supplementation for patients with statins, although it did recognize that there aren’t any “known risks.” Finally, Marcoff and Thompson (2007) acknowledged the need for better-designed trials and did not actually contradict the possible benefit of CoQ10 to offset statin side effects.

The National Institutes of Health is reported as saying: “the small amount of evidence currently available suggests that CoQ10 probably doesn’t have a meaningful effect on blood pressure.” However, one review by Barbara (2002) reports that CoQ10 has potential for use in prevention and treatment of cardiovascular disease, particularly hypertension (high blood pressure), hyperlipidemia, coronary artery disease, and heart failure. Further clinical trials are warranted, but because of its low toxicity it may be appropriate to recommend coenzyme Q10 to select patients as an adjunct to conventional treatment.

CoQ 10 and Improvement of Energy

CoQ10 plays a role in “mitochondrial ATP synthesis”, which involves the conversion of raw energy from foods (carbohydrates and fats) into the form of energy that our cells use called adenosine triphosphate (ATP). This pathway needs coenzyme Q in the inner mitochondrial membrane. Molyneux et al., (2008) reports that CoQ10 accepts electrons during fatty acid and glucose metabolism and then transfers them to electron acceptors.

Khakh et al., (2009) further explains that this process of providing ATP is significant to every cell in the human body, and CoQ10 is needed to do its job. Additionally, Lee et al., (2011) is of the view that CoQ10 aids in fatigue connected to exercise. The study which is a double-blind, placebo-controlled study in humans has shown improvements in exercise-related fatigue when participants were supplemented with CoQ10 (at dosages between 100–300 milligrams per day) ( Mizuno et al. 2007; Gökbel et al.2010). Glover et al., (2010) also found 1,200 mg of CoQ10 per day for 60 days very beneficial.

Schwalfenberg (2012) argued that diseases develop more easily in environments that have to work harder to maintain proper pH levels. CoQ 10 helps to maintain normal PH levels in the body. This, in addition to its major antioxidant capacity, may be one reason that cancer risk may be associated with low CoQ10 levels. CoQ 10 also deals with the side effects of conventional cancer treatment. A study by Conklin, (2005) found that supplementing with CoQ10 during cancer treatment may help to increase the cancer-killing potential of these medications (like doxorubicin and daunorubicin ). There is also evidence that CoQ10 can protect the heart from DNA damage that can sometimes occur from high doses of chemotherapy medications.

Another prospective study by Lockwood et al., (1994) found that COQ10 may slow or reverse the spread of breast cancer in high-risk patients within three months. A recent commentary in PDQ Integrative, Alternative, and Complementary Therapies Editorial Board (2021) also found that CoQ10 may play a role in the prevention of cervical cancer as low levels were found in these patients.

Another study by Hertz and Lister (2009) also found that CoQ10 may improve survival rates in end-stage cancers. The interesting thing is that, these studies are far from hard proof, but they are encouraging beginnings to the thought that CoQ10 supplementation may help improve survival with certain cancers.

Rusciani et al., (2007) in their study indicated that supplementing with CoQ10 may help reduce the chance of cancer recurrence.

Isobe et al., (2009) found that people with cognitive disorders tend to have reduced levels of CoQ10 in their blood. This was also demonstrated in a previous study by Wadsworth et al., (2008) which found that CoQ10 may slow the progression of Alzheimer’s and Parkinson’s disease.

Other studies have found positive effects of CoQ10 on Parkinson disease. For instance, Shults et al., (2002) randomized, placebo-controlled trial which evaluated the efficacy of 300, 600 or 1,200 milligrams a day given to 80 people with early Parkinson’s disease found good results. Negative results were however reported in some studies (Storch et al. 2007; NINDS NET-PD Investigators, 2007;) leading to cancellation of the trial.

CoQ 10 and the lungs

A study by Gvozdjáková et al., (2005) showed that supplementing with CoQ10 reduced inflammation in individuals who had asthma, as well as their need for steroid medications to treat it. An earlier study by Gazdík et al., (2002) also found that people suffering from lung conditions have lower levels of CoQ10.

One study by Amin et al., (2014) showed that CoQ10 improves insulin sensitivity and regulates blood sugar levels. Two studies (Eriksson et al., 1999; El-ghoroury et al., 2009) also showed that CoQ10 increases concentrations in the blood by three times in people with diabetes who typically show low levels of this compound. A retrospective study by Zahedi et al., (2014) further found that those with type 2 diabetes who take CoQ10 for 12 weeks significantly reduced their fasting blood sugar levels and hemoglobin A1C. Finally, Abdali et al., (2015) reports that CoQ10 averts diabetes by stimulating the breakdown of fats and reducing the accumulation of fat cells that could lead to obesity or type 2 diabetes.

A study by Sándor et al., (2005) found that those who took CoQ10 were three times more likely than a placebo group to reduce the number of migraines in 42 people. Fast-forward, one large study by Hershey et al., (2007) found that 1,550 people with low CoQ10 levels experienced fewer and less severe headaches after treatment with CoQ10. Shoeibi et al., (2017) concluded that CoQ10 could also prevent migraines and not only treat it.

Knott et al., (2015) study found that applying CoQ10 straight to the skin can reduce the damage from internal and external agents by increasing energy production in skin cells and promoting antioxidant protection. This is not new as one study by Hoppe et al., (1999) affirmed this position and found that CoQ10 on the skin reduces oxidative damage caused by UV rays and even decreases the depth of wrinkles. Finally, Rusciani et al., (2007) study found that those lacking CoQ10 are likely to develop skin cancer.

A study by Weber et al., (1997) found that CoQ10 is absorbed in capsule form or through foods. Hence, the following foods contain CoQ10:

An article by Griffin (2021) recommends 50–1,200 milligrams per day. Most supplements fall within the 100–200 milligram range. Alternatively, 90 milligrams up to 1,200 milligrams is also acceptable. This larger dose has typically been used only to study the neurological benefits of CoQ10. Most successful studies have used between 100–300 milligrams (Levy, 2019).

Levy (2019) explains that, CoQ10 can be taken any time that is most convenient. It is however best to take CoQ10 with a meal containing fat, since it is fat soluble. If you take a CoQ10 dosage that exceeds 100 mg per day, it is best to split the doses into two or three smaller servings, which will help with absorption. Levy (2019) further notes: “There is some evidence that taking CoQ10 at night may help with the body’s ability to use it, so a good option is taking it with dinner. However, some people report having difficulty falling asleep when they take CoQ10 close to bed time, so this comes down to individual preference”.

Griffin (2021) notes the following side effects: