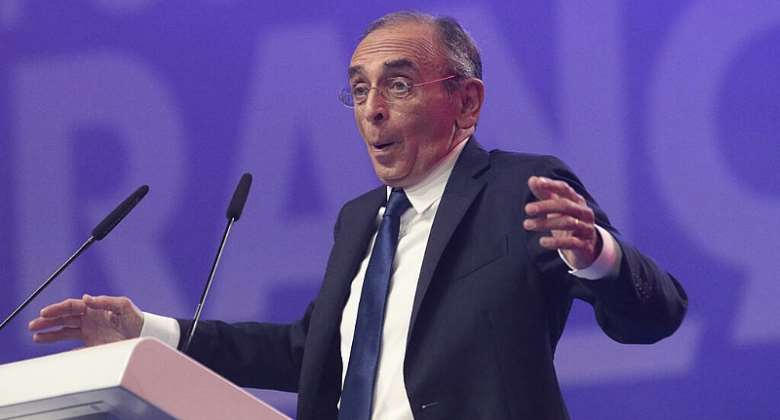 Senegal said that it will take appropriate actions against French presidential candidate, Eric Zemmour, for the “degrading and irresponsible” comments he made against the Senegalese community living in France. This after the far-right contender branded some of its members delinquents and crack cocaine dealers.

Senegal firmly condemns the remarks made by Zemmour, from Reconquête party and one of the twelve candidates to the French presidential elections due on 10 and 24 April.

Ambassador Seye said that his country will take appropriate actions against the politician and may even consider a lawsuit.

While visiting potential voters in north-eastern Paris on 25 March, Zemmour said that most of the non-French delinquents are Senegalese and that they will be sent back to Senegal when he will be elected President.

He then posted this tweet (below) where he wrote that “the Senegalese drug dealers were shouting Vive Mélenchon [presidential candidate for La France Insoumise] while I was trying to talk to the people living near the Crack Hill”.

The neighbourhood he visited is Porte de la Villette, near to what is known as the notorious “Crack Hill”, next to the Paris ring road.

“This is racist and irresponsible coming from someone who aspires to such a high-level position” said Seye, underlining the “special relations” France and Senegal enjoy.

Samba, a young Senegalese living in Paris, told RFI that he was deeply shocked by Zemmour's comments.

“We are used to Zemmour's brashness. But this time, he just crossed a line,” he said. “I cannot believe that someone like this is vying for the position of President.”

No entry for migrants

Zemmour's manifesto on migration in France is to put a halt to it. He firmly believes that stopping migration will help "protect French identity".

“My mission is to protect the French people. Their security is threated by a massive flow of migrants entering the country. I will put a stop to that,” Zemmour said on CNews TV channel during his visit at Porte de la Villette.

“Our justice system is not repressive enough. I will give the police force the means to do its job properly. We will expel all foreigners found to be delinquents and criminals.”

He added that neighbourhoods predominately populated by foreigners, are places “where we are no longer in France and where the level of crime is on the rise”.

“Even if there are a handful of Senegalese who are involved in criminal activities, it does not mean that all the Senegalese living in France are criminals,” said Moosa.

The 32-year-old Senegalese told RFI that “we work hard in this country to make a living for ourselves and abide by its laws”.

This is not the first time Zemmour directed such accusations towards the Senegalese community.

In May, on CNews TV, his former employer, he said that all the crack dealers in Paris are Senegalese.

“We chose not to react the first time to his biased language. But now it is becoming an obsession of his to target Senegal and the Senegalese community living in France,” said Seye.

Moosa and Samba said that there is not much they, as ordinary citizens, can do to counteract Zemmour except expose his racism and demonstrate against him.