The Untouchable Demigods In Our Body Politics 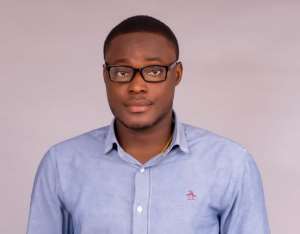 In our part of the world, speaking truth to power will always make you an enemy to the overstretched system — a system that has somewhat deadened the future of its teeming youth.

Over the past few years, I've been thinking a lot about the modus operandi of our body politics and the shame it has brought on us as practitioners of democracy. That kind of cheap political game, in my book, is not what our forefathers sacrificed their blood for. They didn’t foil and toil all those years only for us to come and trade in such a cheap political enterprise. Should they revert to life and see us practice democracy in this manner, they’ll bow their heads down in shame.

As a country that has been practising democracy for the past almost three decades, we still entertain a section of political actors in wolfskins who present themselves as demigods, untouchables, and kingpins of political parties. Unfortunately for us, this institution has gained firm footing that wiping it out of our political sphere within the shortest possible time is almost a remote possibility. It has grown tough roots than we imagine. More harrowing is the fact that our society sees no fault with it.

WHO NORMALIZED THIS ABNORMALITY?

These demigods hide behind the powerful men in the public space. Woe bitwise you to touch any of them. It's either you put your job on the line or you count yourself out of political fame. These gods are the backroom advisers, decision-makers, and final sayers of every political party — incumbent and opposition. They become well-tooled, equipped and powerful when their party finds itself at the top, managing the affairs of the country.

These gallant men and women have a special relation to the power that can hire and/or fire. They cover up for and protect top corrupt officials. They support scandalous deals.

Not long ago, I had a friendly conversation with a colleague, a fellow adherent of the Capitalist Democratic tradition, about the ongoing 'drama' between the honourable member of Parliament for Domekwabenya, and the majority group in Parliament. This is an example of a 'demigodism' and broad-day show of power. The honourable member, per sources, is the modern-day political Jose Morinho in Ghana unless she's been expunged from the parliament house. The question is: would the party take the risk and trade in that tangent as being discussed on radio and TV? Adwoa is not alone, she's just one in a million.

When are we ending this old-fashioned kind of politics? This, in the long run, will affect our political architecture, euphoria and love for politics. An unhealthy venture we have found ourselves in.

The time to find a lasting solution or antidote to this chronic menace is now. The devil we are building today, which its buoyancy doesn't scare us, will one day come back to haunt our Offsprings.

Attempts by Police to stop our planned picketing through cou...
19 minutes ago