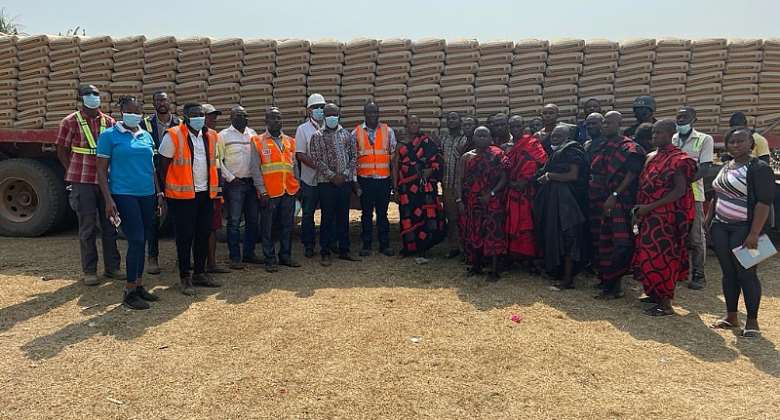 Genser Energy Ghana Limited (“Genser Energy”), an Independent Power Producing company with operations in the Western and Western North Regions, has donated one thousand bags of cement to the Appiatse Traditional council to support in reconstruction of relief homes for the affected individuals.

Onesimos Barimah Osei, Legal and Compliance Manager of Genser Energy, who led the donation, expressed the Company’s sympathies to the entire traditional council and the community. He mentioned that “As one of the leading private entities in the region, it was incumbent on us, at a time like this, to show support to the affected community”. He further assured the Traditional Council of the company’s willingness to support future projects.

In accepting the donation, Hon Dr. Isaac Dasmani, the Municipal Chief Executive for the Preseta Huni-Valley Municipal Assembly expressed appreciation for the gesture. He indicated that “The donation came at the right time as the Assembly is undertaking the construction of relief homes and camps to help accommodate the displaced community members”. He appealed to other corporate entities to support the community with medical supplies, food, building materials, and other relief items.

Nana Attah Kwadwo Brembi II, the chief of Appiatse, welcomed the gesture from Genser Energy and thanked them for remembering the entire community in their time of need. He said, “Genser Energy has shown concern for the community where its operations affect and we are grateful”. He assured the company that the donation will be used for the reconstruction exercise among other things. He called on all private companies to extend a helping hand to the community

Genser Energy also launched a relief fund, in partnership with the American Chamber of Commerce (AmCham) in Ghana, with a target amount of US$50,000 from individuals and corporations to help assist in the reconstruction of the Appiatse Community. Genser Energy will be matching all additional contributions up to US$50,000 of the money accrued from the GoFundMe campaign. Donations are still being contributed here: GoFundMe campaign (https://gofund.me/047f99cc)