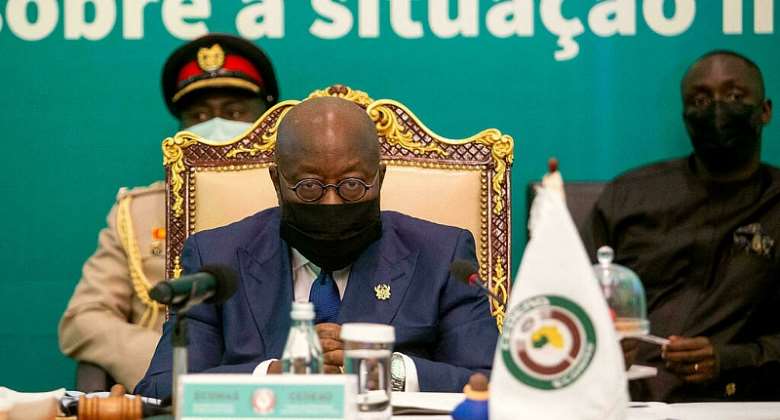 Mali's military regime has strongly condemned West African sanctions, including border closures and a trade embargo, introduced in response to delays to a return to civilian rule.

Leaders of the Western African regional bloc, Ecowas, imposed sanctions on Mali on Sunday after the government announced a long delay to the elections originally planned for February.

Meeting in the Ghanaian capital Accra, they agreed to cut financial aid and freeze Mali's assets at the Central Bank of West African States.

They also decided to recall their ambassadors to Mali.

A proposal by Mali's military rulers to hold elections in December 2026 "simply means that an illegitimate military transition government will take the Malian people hostage during the next five years", said Ecowas.

In response, Mali's military government said that it was closing its land and air borders with Ecowas and also recalling its ambassadors from member states.

In a televised statement on Monday, the junta's spokesman Colonel Abdoulaye Maiga said that it "strongly condemned these illegal and illegitimate sanctions".

The junta said the measures would harm "populations already severely affected by the security crisis and the health crisis" but added that it had made arrangements to ensure normal supplies "by all appropriate means".

Ecowas has been calling for a return to civilian rule in Mali since a group of army officers, led by Colonel Assimi Goita, overthrew President Boubacar Keita in August 2020.

But he staged a second coup in May 2021, forcing out an interim civilian government.

Ecowas did not immediately impose sanctions this time, but in November 2021 opted for targeted measures against around 150 junta members and their families.

The latest sanctions are the toughest so far.
The 15-nation bloc has led the push for the former French colony to honour its commitment to stage elections early this year.

Its credibility is on the line as it seeks to uphold fundamental principles of governance and contain regional instability.

But analysts say regional leaders must take into account the risks of pitting Malians against Ecowas.