Of Free Speech And Presidential Courtesies 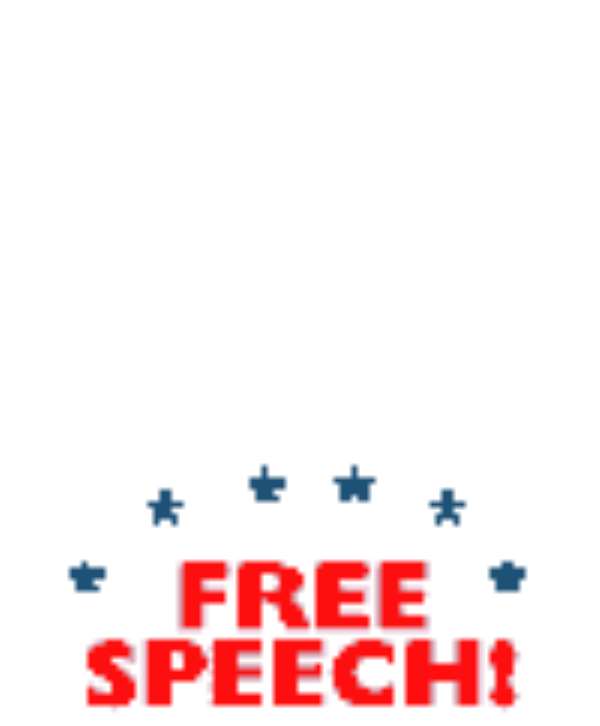 The recent furore about the Foreign Minister’s letter withdrawing protocol courtesies to Former President Rawlings in response to his disparaging remarks about President Kufour and the NPP Government at various international events might appear to be the usual unending “Tom and Jerry” relationship between the NDC and the NPP. But wait a minute! This matter goes to the very heart of our democracy. Certainly criticism is not easy to take for any individual not to talk of government. But it is certainly a paradox that the apostles of conservative liberal democracy and free market should have such a short fuse for the tenet of free speech.

There are both legal or constitutional norms and conventions on how Presidents are treated when they leave office. In our previous coup ridden past, Presidents and Heads of State were hounded into exile and lived lonely existences without any help expected or given by any of the nation’s missions abroad. They in a few cases died solitary deaths uncared for and unsung by the nation they had previously served. With the advent of the 4th Republic and the adoption of the 1992 Constitution we decided as a people to put this unfortunate past behind us. The treatment of ex-Presidents must not be determined by the whims and caprices of any ‘tin god’ of a minister. They must be laid down and be a matter of course whether the ex-President is considered a ‘pest’ or not. Indeed the constitution seeks to establish this in Chapter 8 Art. 9 when it says “The pension payable to the President and the facilities available to him shall not be varied to his disadvantage during his lifetime.” This provision clearly puts out of the hands of any official the authority or discretion to determine what facilities should be made available to the ex-President depending on a certain code of behaviour.

Foreign Minister Nana Akuffo Addo is reported to have expressed astonishment in his letter that the “former President who uses every occasion of his foreign travel to malign and denigrate publicly his successor as President of the Republic, the current government and by implication Ghana, continues to demand the extension of courtesies from government to facilitate his travels…accordingly, it is not possible at the moment for government to grant the requests in your letter.”

We certainly do not expect our ex-Presidents to queue outside foreign embassies to have their visas renewed as we ‘ordinary mortals’ do. We do not expect to queue with them at immigration counters at foreign airports waiting to be admitted into those countries. To base a denial to offer due courtesies to an ex-President based on his criticism of government is not only childish but also contrary to the norms of democratic governance. Indeed Foreign Minister Nana Addo’s letter is reminiscent of our childhood days where the owner of a football we were playing picks up his ball and walks off the field because he has been tackled. To parody Chinua Achebe; I daresay ‘free speech is the palm oil with which democracy is eaten.’ It is easy to be champion of free speech in opposition, but then turn around to be intolerant of it when in government.

Governments growing intolerance of criticism has been easy to see. The near lynching of the MP for Wenchi East ‘General Mosquito’ by an irate NPP mob after a radio program in Sunyani during which he criticized the government’s cocoa spraying exercise were some of the early indications of this intolerance. Recently the suspension of sellers from the Sogakope Bridge for allegedly hooting at the President’s convoy is another case in point. Perhaps the most celebrated case is the recent arrest and detention of Kwabena Kusi, a Kumasi mechanic for allegedly making insulting remarks about the President. Kusi is reported to have said “that your Kufour has come to Kumasi. Your Kufour who cannot sit in Accra and work and is roaming about unnecessarily." This statement can be regarded as rather innocuous and not warranting the high handed manner in which the apprentice mechanic was treated.

In recent weeks President Bush has come under scathing criticism over his handling of the US economy and the unfortunate turn of events in Iraq. Democratic Party Presidential hopeful Rep. Richard Gephardt only recently described President Bush in quite strong words as a “miserable failure.” This will not prompt Secretary of State Powell to instruct US missions abroad not to grant Gephardt the courtesies due a visiting House Rep. if he were to travel abroad today. Indeed if Rep. Gephardt were to travel to Ghana today a grinning Nana Addo, maybe myself and a few other political, business and society figures will be hauled to Ambassador Yates residence to meet with him and accord him the due respects.

And talking of ex-Presidents criticizing their successors, only last week Bill Clinton in Iowa accused Bush of governing through “ideology, enemies and attacks.” He blamed him for fumbling great opportunities at home and abroad and said “instead of uniting the world, he alienated it,” “instead of uniting the country, he alienated it.” This will not send Bush or any of his aides Powell, Rumsfeld or Rice into tantrums and lead to a withdrawal of protocols, facilities or courtesies due to Clinton as ex-President of America.

For quite sometime last year, the relationship between Mandela and Mbeki turned sour over the latters handling of the AIDS crisis in South Africa. Mandela was openly critical of Mbeki and his own ANC Government’s foot dragging on the issue of supply of anti retroviral drugs to HIV positive mothers inorder to reduce mother-to-child transmission. This will not lead to any varying of the conditions of Mandela as ex-President of South Africa. We must grow up and stop handling our democratic institutions like children playing with a new toy.

I remember shortly after the results of the second round elections were declared President Rawlings invited the then President Elect Kufour to the castle. I was invited as one of a number of key ministers to attend the meeting between the two teams. In the atmosphere of camaraderie and bonhomie I remember Rawlings assure Kufour that ‘if you face problems or any disruptions it will not come from us.’ The readiness to consult was expressed by both sides amidst much smiling and warm handshakes. What has happened to cause things to go so awry in such a short while? It is partly the targeting of Rawlings for vilification. The demonization of all he stands for and open abuse of his person, ostensibly orchestrated by the NPP Government, as is the perception of Rawlings and much of the NDC. Mutual suspicions have brought us to this sorry pass characterized by the ‘Tom and Jerry’ syndrome of daily accusations and counter accusations.

Indeed I am convinced that Rawlings and the NDC suffered more abuse while in office than the NPP has experienced in its period in office. We were all lumped together and abused as incompetent and corrupt. All manner of allegations were thrown at us without a single shred of evidence or corroboration. Under the NDC it was fashionable to make any wild accusations against government without any substantiation. Indeed a senior media person refused to recognize Rawlings as President and vowed never to accord him that respect.

But we must live together as a nation because we have no other option. Frustrated at the litany of abuse to which my President was being subjected in the previous administration, I once advocated in a speech while I served as Minister of Communications that we must respect our President. I stated that in respecting our President we do not accord the respect necessarily to the individual who occupies the office at any particular time, but rather to that high office that embodies the will of our people. I added that there are persons who may not like the occupant of the office at any particular time and would go to all lengths to show distaste for the person by abuse. In doing so however, we denigrate the office and lower its dignity in the eyes of the populace, with the resulting effect that in the future when we install our favoured personality in the Presidency, we discover to our chagrin that they are not able to muster sufficient dignity and credibility in the eyes of the people to move the nation forward. This is part of the problem we face today.

After nearly 12 years of running a democratic constitution based on respect for the fundamental rights and freedoms of the people, we have had more than enough time to have planted the roots of our democratic institutions firmly to prevent the kind of political faux pas generated by the Honourable Minister of Foreign Affairs. We must sail out of the misery of our petty parochial shallows and ride the high tide of true democratic governance. Cheers!! The writer is an MP and the Minority Spokesman on Communications He's currently in USA doing a 3 weeks program at the John's Hopkins University Views expressed by the author(s) do not necessarily reflect those of GhanaHomePage.