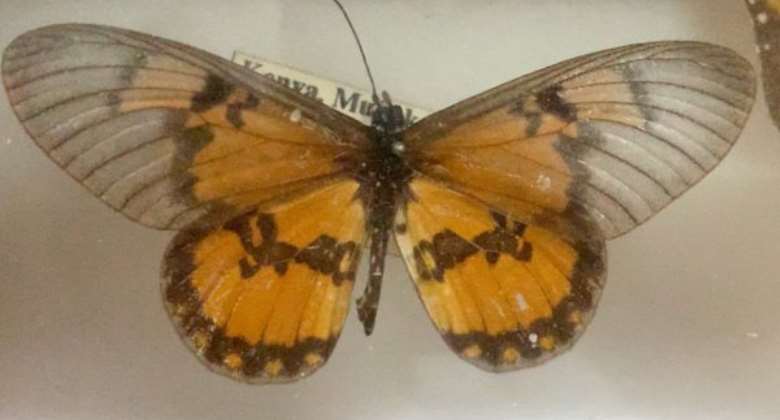 Scientists have cautioned that the continuous decrease in insect species due to human activities, including deforestation and blanket use of agro chemicals, will have dire consequences on food production in Ghana.

Insects provide free pollination services, which is the main mode of sexual reproduction in plants.

This occurs during the transfer of pollen to a stigma, ovule, flower, or plant to allow fertilization with the main insect pollinators being bees, hoverflies, and butterflies.

Pollination is, therefore, an important input in the production of the marketable goods of many crops.

“Now we have a reduced population of insects and some of them are becoming endangered and rare. If care is not taken to protect them, we may lose them in the next few years,” says Dr Maxwell Billah, a Senior Lecturer at the Department of Animal Biology and Conservation Science of the University of Ghana.

He told the Ghana News Agency that: “The activities of these organisms are geared towards food production so if we belittle their functions, then we will have ourselves to blame”.

Dr Billah warned that if destructive activities such as illegal mining, indiscriminate land clearance during real estate development, misuse, overuse, and abuse of agro chemicals, as well as indiscriminate seasonal burning were not checked, the country might lose out on the free pollination services of insects.

“We are not taking good care of our insects and butterflies. Each and every day we are clearing vegetation, which is their habitat. By so doing, the fragmentation of their habitats will expose them all to the hazards of the environment including predators like birds, lizards and other organisms” he said.

According to the Convention on Biological Diversity, which Ghana is a signatory to, there is a high degree of butterfly endemism in the country, where about 23 species are classified as endemic or near endemic.

The use of broad spectrum agro pesticides by farmers that killed flying organisms was also a major contributory factor to the destruction of insects and butterflies.

“With the concept of 'Supermarketism, where growers and farmers are forced to supply picture-perfect and blemish-free products to supermarkets, it is thought that every insect found near a crop should be considered as a pest, and should be eliminated by spraying,” Dr Billah said.

“The question is, who pollinates the flowers for them to bear and produce the fruits, seeds, and nuts?”

The western countries, as a result of industrialisation and rapid urban development among other activities, had driven most of the insects away, and changed most of the natural 'wooden jungles' into 'concrete jungles' (brick, block, and glass), and are, therefore, paying huge sums of money to access the pollination services of insects, he said.

“We should remember that insects are the most active cross-pollination service providers on our planet. Bee-dependent crops account for $47.1 Billion every year, of which $14.6 Billion is attributable to honey bee pollination,” Dr Billah said.

“In the United States alone, $1.6 - 5.7 billion is incurred annually on pollination agents. This is paid to people to hire bee hives to farms for the bees to pollinate crops.”

“Honey bees alone are responsible for one-third of everything that people eat every day. What will happen if we fragment and destroy our environment, lose the free pollination services, and go round to hire their services again?”

“As a country in the tropical world, we have the highest diversity of insects and they offer pollution services for free, but we are taking their activities and services for granted. If one drops a seed on a soil, it germinates and bears fruit with the support of these organisms, even if we do not remember dropping such a seed.”

In the cycle of the ecosystem, Dr Billah explained that pollination services were some of the outcomes of the core function of insects to sustain human existence adding; “Their services are not well appreciated by man and this is clearly exhibited through our numerous care-free activities”.

To protect the organisms, Dr Billah recommended a legal regime where real estate developers would be prevented from clearing large acreages of land to build just a few houses and then turn around to engage in artificial landscaping.

He suggested that food production programmes such as Planting for Food and Jobs must include an education section on the protection and conservation of insects, including butterflies.

Ghana is developing its first Biodiversity Policy to reduce threats to the over 6,000 flora and fauna and promote biodiversity to meet the needs of the people.

The draft policy, which is at the consultation stage, is in line with the post-2020 Global Biodiversity Conservation Framework - an agenda to galvanise urgent and transformative action by governments to preserve and protect nature in the next 10 years.