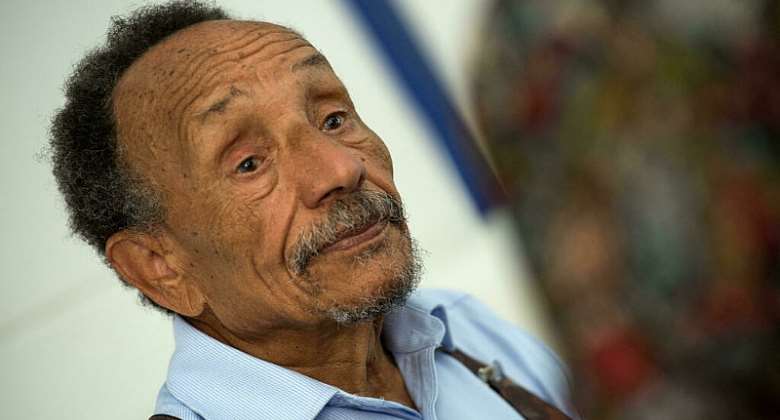 The film director Cyril Dion, and close friend of Pierre Rabhi, hailed "a pioneer who went back to the earth," and was "one of the first people to sound the alarm with regards to the consequences of unbridled growth" of the society.

"Everything we're hearing today, Pierre was saying it more than 45 years ago," Dion told Franceinfo on Sunday.

The pair founded a citizens movement in 2002 called 'Colibris' which encouraged people to make efforts on a small scale and invest in community actions such as shared vegetable gardens, educational farms and buying local produce.

"Pierre, you inspired millions of people across the world. We will continue to play our part, now more than ever," wrote the Colibris movement on social media. "Your smile will warm our hearts forever."

Born in 1938 on the edges of the Algerian Sahara when it was still part of a French colony, Rabhi grew up to become a pioneer of agro-ecology, or sustainable farming.

He settled in the south of France in 1961 and established a farm that sought to rejuvenate nature without the use of pesticides or chemicals.

African connection
In the 1980s, he travelled repeatedly to sub-Saharan Africa as he sought to apply his ideas there.

He was friends with Burkina Faso's radical leader Thomas Sankara, an idealistic army captain who wanted to eradicate poverty in his country.

In 2002, he attracted media attention when he made a failed bid to become a presidential candidate. He said he did it to spark debate about "the ecological and human urgency".

"Agriculture needs to be reformed. We can't have a system that, under the pretext of producing, destroys and pollutes," Rabhi said in 2012.

"We see the planet as a deposit of resources that needs to be transformed into dollars, and depleted down to the last fish and last tree, instead of seeing it as an extraordinary oasis where we could create a life with more meaning and value."

Father to five children, Rabhi divided his time between interviews, working with his foundations, conferences and writing.

One of his more well known works "The Power of Restraint" (Vers la sobriété heureuse) published in 2010, sold more than 460,000 copies and was translated into English.

Among his many admirers is French actress Marion Cotillard.