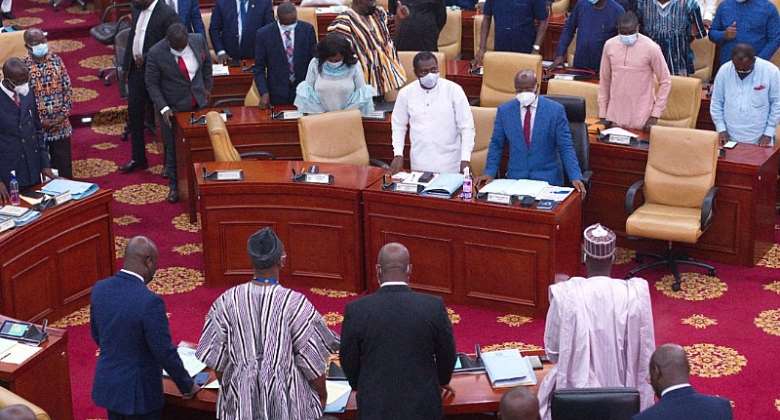 With democracy, it relies on the mandate of the people being governed and not the elected representatives exhibiting their discretion suo moto. No doubt, a healthy and resilient democracy is based on inclusiveness, which political parties and representative institutions are in a key position to safeguard.

In this current political dispensation, most party members and elected representatives vote for party positions, more than for particular policy options based on their merits. They vote the party’s interest as much or more than that of the Ghanaian people. It is a ruffling of shoulders between party interests and national interests.

Because politics has a profound effect on our lives, the lives of others, and our future viability, people should vote like their lives depend on it. People should vote on principles and merely not on everyday party lines. There is nothing wrong with dancing to the tunes of party bits, but not when it has a greater potential of progressively retrogressing the gains made in the past.

We need to believe in ideal democracy; we need to defend the defensible and critique the indefensible. We need to believe in multiparty democracy where a Parliamentarian/party fanatic could publicly air a contrary view in a major government/party policy decision, and even vote against same and still be celebrated as a member of the party in good standing. I must mention that the US Congress is replete with evidences of Congressmen/women publicly opposing and even voting against a major party policy decision in a ruling government.

In the case of the current Parliament of the Fourth Republic of Ghana, we have seen and continue to see how fast the values and principles of our guiding 1992 Constitution has been thrown to the dogs. True values, beliefs and integrity matter little in a career political party based system of democracy as we see today in our body politicking. We are nursing a Parliament of "mafias" who scuffle to get their voices heard. I cringed in disbelief to excerpts of Parliamentary proceedings of both November 26 and 30, 2021. I am imagining what the upcoming generation should emulate from their actions. Is that a Parliament of "honourables" or "dishonourables" – in fact, a Parliament in tatters with no national interests.

Look at what it means to be in the Minority or Majority right now. The only understand of national interests we could commend them is the increment of salaries and approval of ex-gratia. If we fail to commend them for any other good thing, we must do so in terms of how united they are/were towards the approval of ex-gratia, allowances and other benefits not known to the public. The Ghanaians of the Gold Coast who fought for our independence must be wailing in their graves. As it stands now, it is what it is.

We are now in a game of chess with the upper political class controlling the chessmen. (the governed) The chessmen are controlled and positioned such that anything that doesn’t immediately comport to the self-serving needs of the partisan’s belief system is deemed “fake.” (that's why we now see a lot of text & photographs being boldly written on it as "fake" even if true). They make sure that structure must be protected at all costs, because the adherent has wedded their own sense of self with the structure; criticisms of the structure are also branded as personal – meaning criticisms must either be ignored, undermined or destroyed.

And here we are; calling for parity on basic healthcare needs whiles jetting out to Europe and the West for medical treatment and review. Is that not a mockery of ourselves?